Making music in his mind

Music is a form of storytelling, even when there are no words. For composer Dr. Michael F. Murray, his most intriguing projects have been inspired by his passion for poetry. 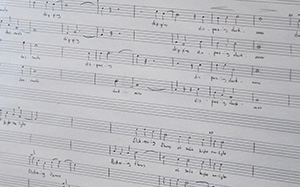 “There might be images or moods or characters that are suggested by the poetry, and I try to reflect that in the music I write,” said Murray. His piece “Tempest Fantasy,” on the CD “Spellbound” which was released by Navona in 2013 was recorded by the Moravian Philharmonic Orchestra based in Olomouc, Czech Republic. But its original iteration was vocal music Murray composed for a Missouri State production of Shakespeare’s “The Tempest.”

“I took a lot of the melodies I had written for that and transferred that to the string orchestra. So even though ‘Tempest Fantasy’ was not a vocal piece, it was the beginning for the orchestra piece.”

Murray composes all the time – sometimes taking four months on one piece – and plans to have an all vocal music CD released in early 2015. It will include pieces for solo voice accompanied by various orchestral and chamber instrumental combinations. Through New Music USA, he hopes to gain funding to assist in the travel costs associated with recording in the Czech Republic in summer 2014.

But he knows he’s one of the lucky ones.

“The biggest challenge for the composer is to get their music performed. This is especially true with orchestra. New music is not performed often,” said Murray. Many local and regional symphonies perform only one piece by a living composer during the course of a year. Instead, they tend to select primarily standard classical pieces from well-established composers. “There is not a lot of opportunity. To get performances of those types of pieces is very difficult.” 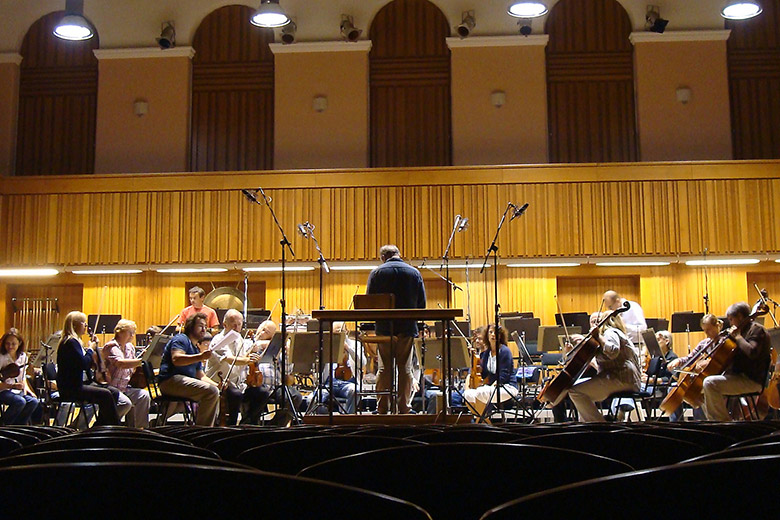 “The biggest challenge for the composer is to get their music performed. This is especially true with orchestra.” — Dr. Michael F. Murray

In his composition lessons, he critiques, gives suggestions, lends encouragement and talks about technical aspects of the music the students are writing. As with most writing, he says to “write what you know” – in this case, write for the instruments you’re most familiar – but the experience with the recording company, orchestra,  producer, conductor and the licensing company proves invaluable to his students, too.

“That goes far beyond putting notes on a page and analyzing what it will sound like. All of the interaction I gained from a professional standpoint –  from how to work with people and see that process all the way through to the end – is something I share with my students,” Murray said.

Starting in elementary school, he began learning the trumpet and guitar, and by high school he was a bass guitarist in several rock bands. He’s also a trained singer and pianist. In college, he became interested in composition and changed his major from computer science to follow that passion of music.

To compose well, though, you must understand theory, Murray noted. And his other area of interest is in musical theory. In 2013, he published a new theory textbook, “Essential Materials of Music Theory” (Linus Publications), for music majors.

“It’s designed to go beyond fundamentals like how to read and write basic music,” he explained. “In it, there is harmony, melody, form. We talk a lot about musical form and its analysis.”