Past, present and power

When we browse works of art in a museum, it can be easy to forget that many of the paintings and sculptures depict real people from the past — people with specific experiences and identities.

Dr. Billie Follensbee, an art historian and archaeologist who specializes in ancient Mesoamerica, has spent years illuminating a fundamental aspect of humanity in artifacts from the Olmec civilization, which once thrived along the Gulf Coast of present-day Mexico.

Follensbee says, “The faces are often very naturalistic, but the bodies tend to be very stylized. Because of that, it’s difficult to tell whether a figure is male or female.”

She set out to catalog Olmec sculptures by sex and gender, but she struggled to find consistent guideposts in the existing scholarship. 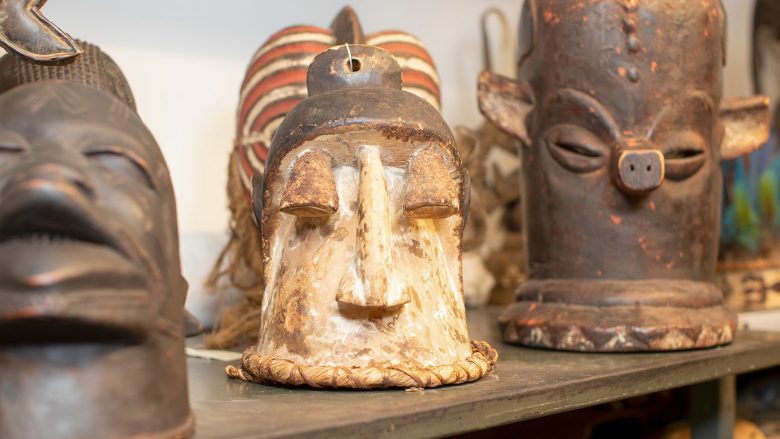 Dr. Billie Follensbee studies and teaches about art and artifacts from non-Western cultures including Africa, Oceania and the Americas. These African masks are from the Mace collections donation to Missouri State. Photo by Jesse Scheve

This paradigm, Follensbee believes, reveals more about those who first chronicled the Olmec than about the Olmec themselves.

“There was a great deal of gender fluidity in Native American cultures, which was originally left out of history books because the people who recorded it were from Western cultures, where gender roles are traditionally rigid,” she says. “They were uncomfortable with this fluidity, or they just didn’t understand it.”

To avoid making similar assumptions, Follensbee needed a Rosetta stone, a way of decoding the sculptures that wouldn’t perpetuate biases of pre-existing research.

She turned to Olmec ceramic figurines, which she says, “are much more clearly sexed than the sculptures.” By carefully cataloging body forms, jewelry and clothing associations, she created a lexicon of male and female characteristics. Since these associations remained roughly consistent over several centuries, they could reasonably be assumed to appear in Olmec sculptures, too.

And, Follensbee found, they did. Many were subtle, but straightforward. For example, identifiers included: pinched waists and wide hips for women; straight-sided waists for men; high-waisted, wide belts and skirts for males; low-slung skirts and thin, beaded hip-hugger belts for females.

Follensbee’s lexicon provides a clear methodology for identifying gender in Olmec sculptures, one that isn’t influenced by an artifact’s size or apparent importance. She published these findings in a series of articles, the latest as a chapter in the volume “Dressing the Part: Power, Dress, Gender, and Representation in the Pre-Columbian Americas,” which she co-edited with Dr. Sarahh E. M. Scher.

Of course, it sometimes gets complicated. A figure with anatomically female features might wear clothing associated with males, or a figure might have male features and female paraphernalia.

“The conclusion I came to,” she says, “was that they were appropriating the power of the other gender. A man might be appropriating the idea of motherhood, or a woman might be assuming hereditary power from her father. Or she could be fulfilling a role that may have traditionally been male — such as a ruler — but was in this instance taken on by a woman.”

And sometimes gendered characteristics were intended to convey a completely different meaning. “For example,” she says, “one male figure wore a weaving tool that is typically associated with females. But this was a man outside of the Olmec area, and he was likely adopting this to show that he was associating himself with the Olmec, rather than as a feminine symbol.”

Altogether, it points to a complex understanding of men and women within Olmec society, one that resonates today. 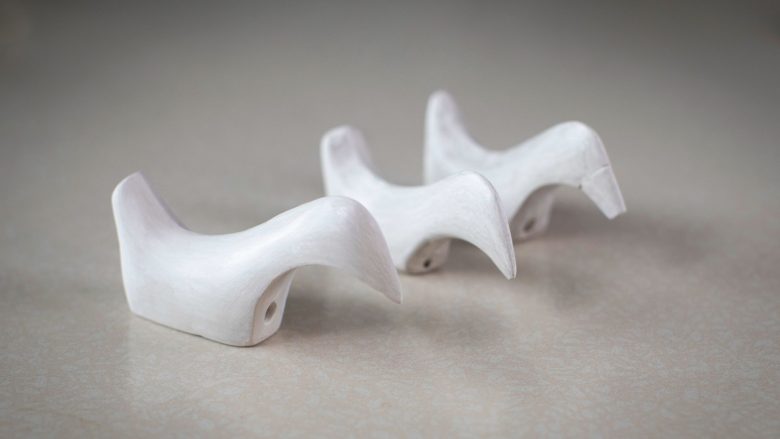 She says, “Some people become upset because they say that this is ‘revisionist history.’ But it’s just correcting misrepresented history. In the past, if a scholar found the grave of a man wearing a gold headdress and expensive garments, the tendency has been to say, ‘This must be a king.’ But for the grave of a woman who had the same precious ornaments, the conclusion was, ‘In this culture, it must have been prestigious to decorate the grave of your wife.’”

These assumptions have had the effect of obscuring women within the historical record. Follensbee says, “If a figure wasn’t absolutely, obviously female, it was assumed to be male.”

And, she contends, determining the true gender of an important sculpture is far more than an academic puzzle. It has real implications for how we think about our world now.

“People sometimes characterize the concept of women in leadership as a new idea — as if women have never held positions of power before. When we look at the archaeological record from all over the world, however, we find powerful women throughout history,” she says.