Winding road that led to destiny

Is there a more haunting question than ‘What if?’ In Bruce West’s life, he wonders what if he hadn’t turned right onto Business Route 61 one day in 1994. West, a professor of art and design, was on a road trip through rural Mississippi during his sabbatical and wanted to capture the essence of life in the south. That small detour through Vicksburg led him to his inspiration for an 18 year photography project that you might call destiny. He never made it past Margaret’s Grocery. This is the subject of his photographic series and book, “The True Gospel Preached Here.” 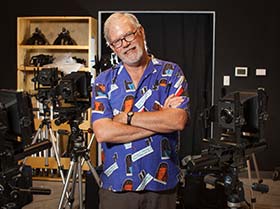 In his book, “The True Gospel Preached Here,” Bruce West shares the story of one couple who shared their lives with many.

To his students, he always likens the camera to a magic carpet, which could lead you on a wonderful journey of discovery. And when he found this run down grocery store turned roadside attraction – and school bus turned chapel – he was captivated.

“I wanted to show that to be poor isn’t a crime and that economically disadvantaged people can lead fulfilled and inspired lives, even more fulfilled than rich folks. That certainly was the case with the Reverend H.D. Dennis. He created his own universe that people all over the world came to visit. That was pretty amazing.”

Seeing the world through a new lens

For approximately 20 years prior to his excursion to the south, West had been gaining recognition, exhibiting gorgeous black and white landscape work and housing collections in museums from the Midwest to Verona, Italy. This project was a literal departure from that in just about every way. These characters – the Reverend and Margaret – were as colorful as the folk art palace they had decorated all around them with banal baubles, beads, hair ties and trinkets. 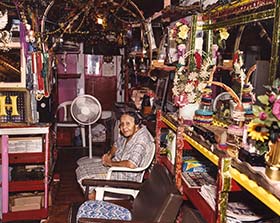 Margaret’s Grocery, which sold kitchen staples to the surrounding community, was overtaken by the decoration that the Reverend created there. He claimed they were visions from God, and the signs, altars, installations and bus were a ploy to pique curiosity so he could attract visitors to share the gospel.

“If God is in the details, West makes sure to leave nothing unseen here through his sacred photographic language, helping us feel near-scriptural depth through the explicitness of the particular.” — From the forward of “The True Gospel Preached Here”

Experiencing the septuagenarians’ passion for evangelism and art changed this passerby into a member of the family for the Dennises’ final 18 years on Earth.

“Every year I kept going back, and it was always different. I started to realize that this was something really important because there aren’t going to be people like this anymore – people who devote their lives fully to the spiritual and the aesthetic.” 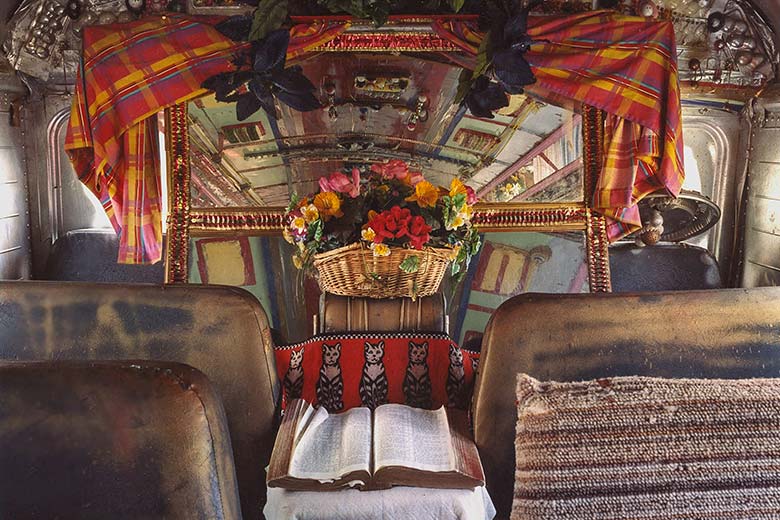 As West grew closer to the couple, they began corresponding, and he began to get more deliberate in what and how he captured their lives on film. He foresaw the possibility of a book that respectfully depicted the work of the Dennises, but he knew his work also told a story of race, age, religion and class.

“It was such a privileged experience because, eventually, they called me their white son.” 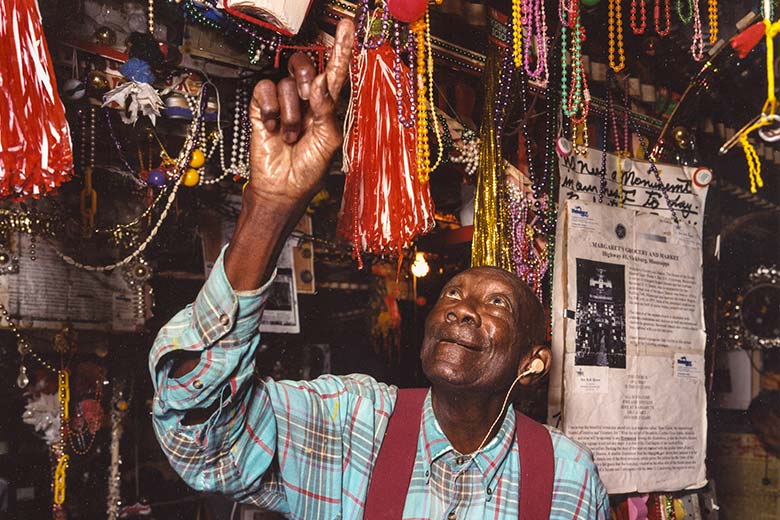 Cheekily, West calls himself a lapsed Catholic, but in all seriousness, he attributes his spirituality as the tie that binds all of his projects together. From showing the majesty of a landscape, to portraying the Dennises as they ‘practiced living perfect for God,’ to looking at religious strife in a series on the The Troubles in Northern Ireland, his photography exposes a longing for the divine. 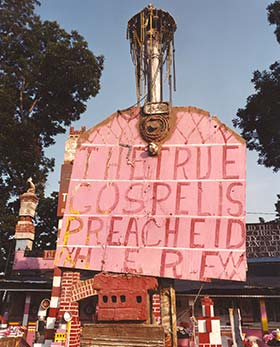 “One of the benefits with film was I’d have to wait until I got it processed. It gave me a distance from it. Sometimes it could be years and I’d come back and say, ‘oh this is the real surprising one.’” — Bruce West

Though the constant underlying theme might be faith, he is always challenging himself to explore it in a new way. For his latest endeavor, The Small Town Project, he has left the comforts of film and moved to digital. This former East Coaster is trolling around small towns in Missouri to learn more about the state and the humanity of its inhabitants.

“If you’re a scientist you’re trying to learn something new about the world. The same thing with photography. I always approach it from that point of view. Also, as you’re doing that, you’re learning about yourself.”

View other selected works by West