I was about three months old the day my mom took all four of my siblings and I from Nicaragua to the United States. I was about six months old when the trip was finally over.

I grew up like a regular kid. I did not know of the hardships or poverty we faced in Nicaragua. I grew up with English as my first language. I knew where I came from, but as far as I was concerned, I was American.

Heading to an eye-opening experience

From my first day at Karnes, I learned three themes that were important when conducting credible fear interview (CFI) preps with the women.

One memorable experience for me was at Casa de Raíces (a shelter commissioned by the organization mainly for women and children who have been released and have no place to go).

I volunteered to take a mom and her son to check-in at Homeland Security’s Immigration and Customs Enforcement (ICE) headquarters in San Antonio.

She was missing her previously scheduled check-in in Kentucky because of some medical problems her son was being treated for, including cataract surgery and renal disease.

Carlitos (which is not his real name) is about 4 years old and blind. Upon arrival at the ICE headquarters, as we were walking through the doors, I became particularly aware of what I was stepping into: I remembered that I’m only a permanent resident myself! I felt small and oppressed. Then I imagined what the mother of Carlitos might be feeling.

Explore a major in global studies

The journey of a lifetime

Another day, I went to the Greyhound station to get general biographical information for follow-up and handed out backpacks with all sorts of snacking goodies, coloring books and some toys as these families prepared for a long journey by bus to their destinations all over the country.

While I was there, I saw a Karnes detainee who I had helped with a CFI preparation. I talked with her and it was really great to know that she got out.

I talked with a lot of women that afternoon about their rights to enroll their children in school and how to read their bus tickets. I was glad that they were out of that place, but I had this depressing feeling shadowing me.

All these women, with their whole lives in their arms carrying flimsy cloth bags and children, with some probably not even planning to continue their asylum cases.

A story that haunts me

My very last sit-down interview of the entire trip haunts me.

She was the mother of two, a 5- and 9-year-old. Her husband worked as police investigator for 10 years. He was investigating gang-related activities when multiple 18th Street gang members identified him and entered her home with guns in search of her husband. They threatened her and her whole family that if they were not gone in 72 hours, they would come back to kill all four of them.

Luckily, her husband was not home at the time. They went to the police to denounce their assailants – the same police her husband works for – but they saw no action other than a filed police report which the mother has copies of with her.

I told her that was a very important piece of evidence to submit as you move along your asylum case. She told me everywhere you go in Honduras is the same. The gangs are saturated in all departments and they will always find you wherever you are.

She also said that she did not want to put any other family members in danger’s way. They fled. Thankfully, no one was physically harmed in any way, but one can only imagine what kind of mental trauma or distress they endured.

When the family crossed the border into the U.S. and were apprehended, they were separated. The husband, as most adult males are, was detained apart from the mother and her two children at Karnes. During our meeting, she was frantic about the status of her husband. She feared for her husband’s life if he were to be removed back to Honduras. 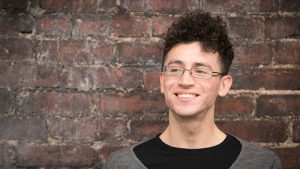 From the transition of President Obama to President Trump, the election can serve as a wake-up call for those who grew complacent under the previous eight years.

During this election, we saw divisive, sometimes plain discriminatory rhetoric against certain people of different faiths or a general label that Mexico is sending us nothing but “bad hombres.”

I think about not only the women and children that I had the opportunity to help at Karnes, but also of the men fleeing to keep alive.

I wonder why they chose the United States. I wonder if they know about the realities of American racism that exists here and of the discrimination and hate their children will face.

In my final reflection, these issues are transcended in matters of life and death, and families are determined to survive and provide for their children no matter what barriers or walls stand in front of them. They will find a way.

I guess I want to close with a conclusive statement that shows my love for the United States and about how diversity and inclusion of America’s multicultural identity is the statement my generation will carry into the future despite whatever the next four years brings.