Looking for an easy way to make a BIG difference?  Join the more than 400 Missouri State students, faculty, and staff who have already signed up for the Friends Against Hunger Meals A Million Pack-a-Thon! Over the weekend of November 9th-11th, members of the community will come together at the Springfield Expo Center to package over ONE MILLION meals that will be distributed … END_OF_DOCUMENT_TOKEN_TO_BE_REPLACED 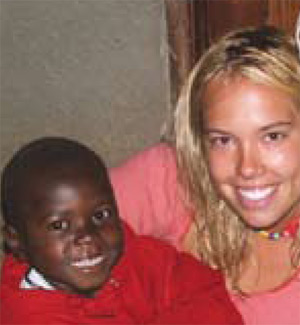 The New Student Convocation officially marks the start of the 2009-10 academic year, and will take place at 2:00 PM on Sunday, August 23rd in JQH Arena. Kelli Wolf Moles will be the featured speaker. Ms. Moles received the 2008 Outstanding Young Alumni award* and was a former student member of the university's Board of Governors (July, 2003 - September, 2005). Students … END_OF_DOCUMENT_TOKEN_TO_BE_REPLACED