The Republic Sports Sculpture was made by Ralph D. Lanning as a gift to the city of Republic, Missouri. Lanning, who was born in Greene County in 1916, was a prominent member of the community; he served in the United States Army in World War II, taking part in D-Day on Omaha Beach and in the Battle of the Bulge.  After the war, he worked in construction, and he started making art in 1973; as a self-taught artist, he made a large variety of sculptures to decorate his large yard, which he called Lanning Gardens.  Lanning Gardens was visible from the highway, and visitors often stopped by–and Ralph and his wife Gretchen would often meet the visitors to give them a personal tour.

One of the sculptures in Lanning Gardens was the Republic Sports Sculpture, clearly a tribute to Republic High School sports, as it features a large painted relief sculpture on top with the image of a tiger, the mascot of Republic High School.  On each side of the tiger are images of track and field and basketball, and around middle level of the sculpture are painted relief images of baseball, soccer, football, and a majorette. Around the bottom level on the back and sides are incised line drawings of children playing jacks, hockey, and hopscotch. After Lanning’s death in 2009, the sculpture was donated to the city of Republic in 2010, and it now sits on the grounds of Republic Parks and Recreation. 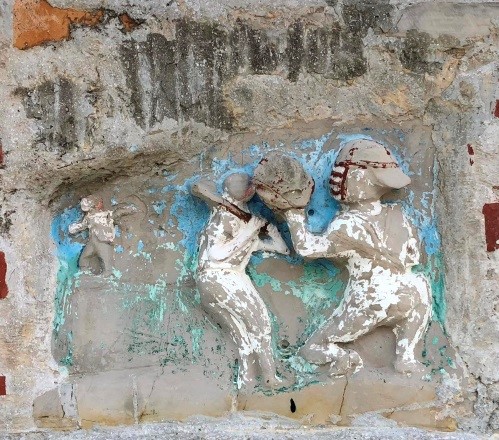 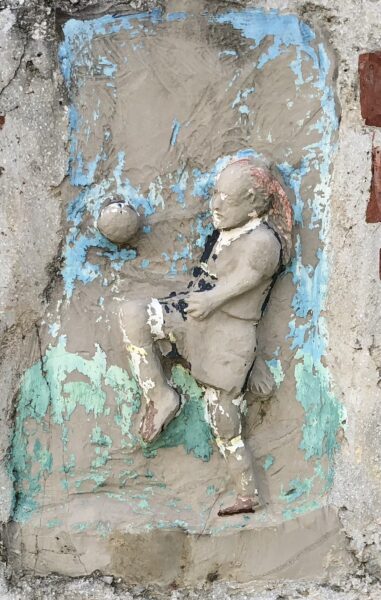 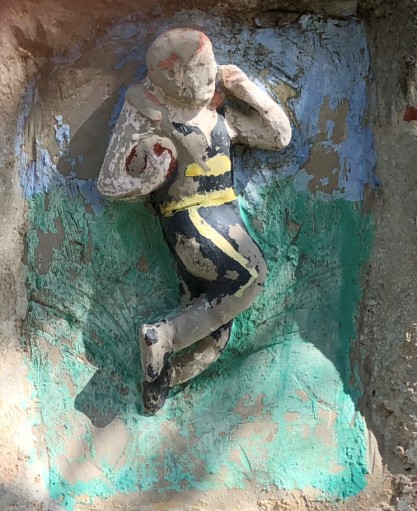 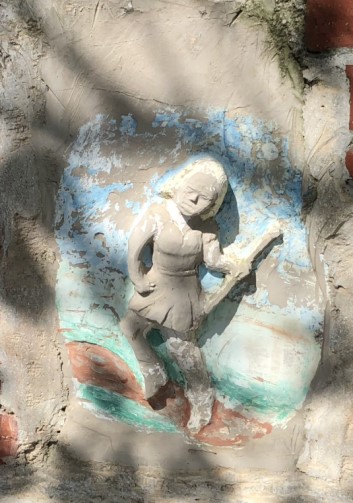 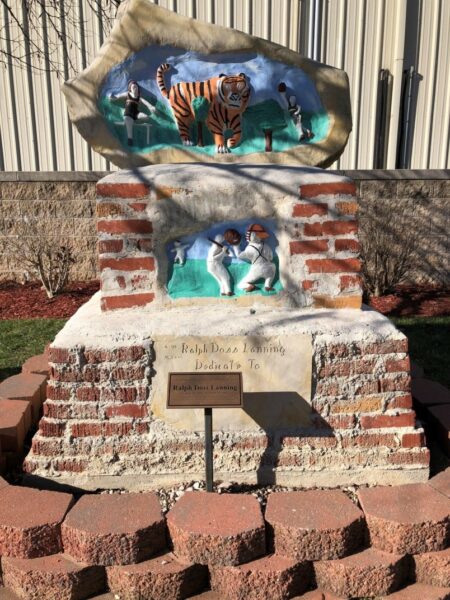 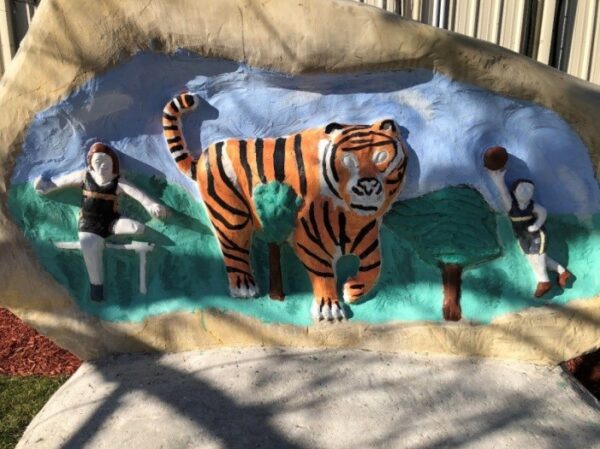 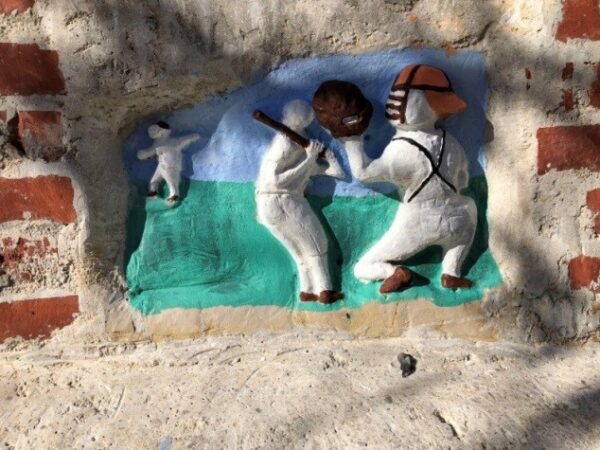 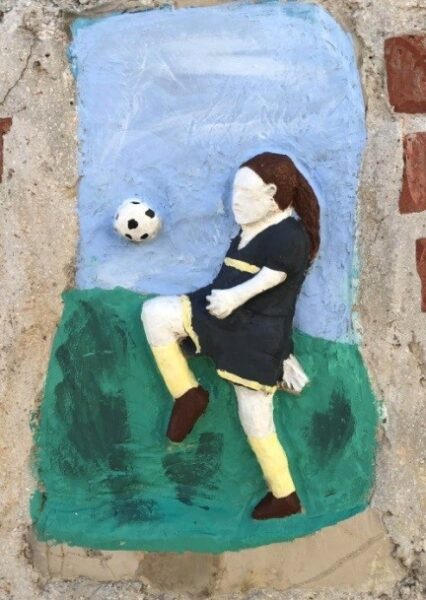 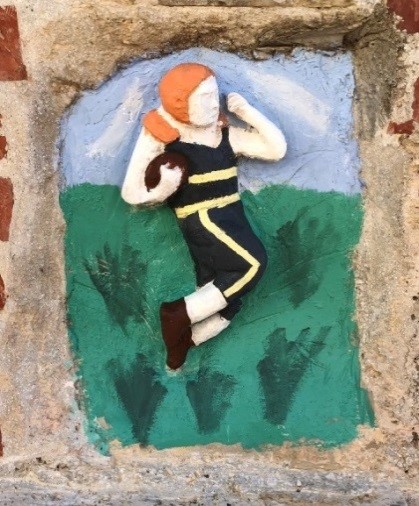 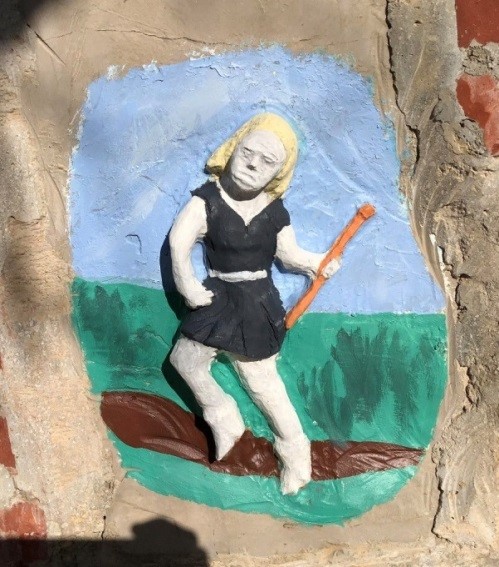