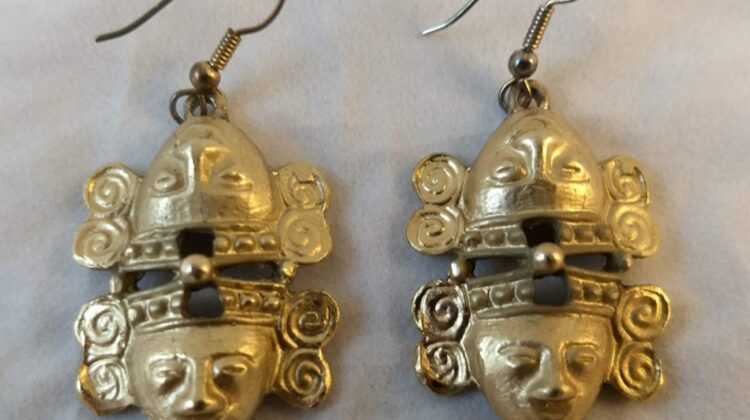 Contrary to popular misconceptions, metalwork dates back to very ancient times in the Americas, with copperworking in the Great Lakes Region of North America starting as early as 5,000 BCE.  By the first millennium BCE, the Andean cultures of South America had developed metalwork processes, and these practices spread up into the Isthmian region of lower Central America by the … END_OF_DOCUMENT_TOKEN_TO_BE_REPLACED 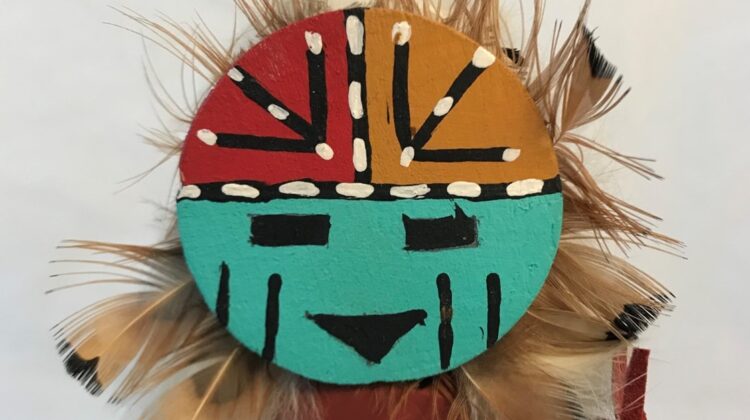 The Iroquois cornhusk mask, also known as the Husk Face mask or Bushy Head mask, represents a mythological, human-like people who grow enormous quantities of crops in their  supernatural valley on the other side of the world, where the seasons are reversed.  The Husk Face people taught the Iroquois how to cultivate crops and to live a thriving sedentary life, and … END_OF_DOCUMENT_TOKEN_TO_BE_REPLACED 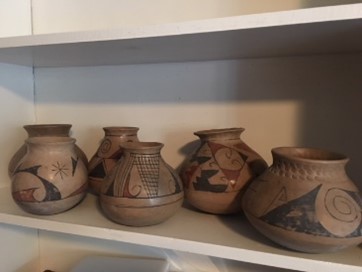 Among the indigenous artists of the Americas, ceramists have developed signature pottery forms that are based on traditional cooking and storage vessels.  These artists often also developed elaborate, decorative forms of pottery to serve for important civic or ritual occasions, as well as to cater to and satisfy high-status patrons.  Some forms, motifs, and designs on these … END_OF_DOCUMENT_TOKEN_TO_BE_REPLACED 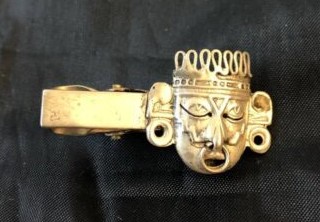 Masks have a long history in Mesoamerica, and they have been used in theatrical productions, dances, and rituals in Mexico from ancient times through the present day.  Of these five masks, two are reproductions of ancient masks, one is an actual ancient mask, and two are 20th-century masks likely worn in modern Mestizo (mixed Hispanic and indigenous cultures) festival … END_OF_DOCUMENT_TOKEN_TO_BE_REPLACED 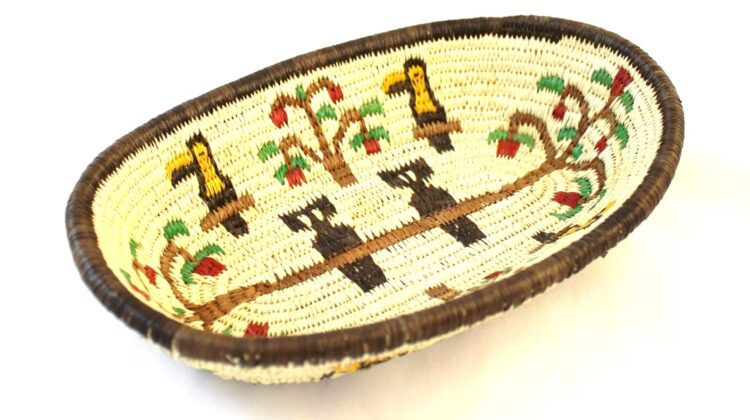 This basket is a good example of the exchange of ideas and techniques among Native American peoples, as it was made by a woman of Native American ancestry from eastern Canada, but who learned to make baskets in the Southeast Woodlands, which is a region of the Southeastern United States.  Cultures from the Southeast region, including the Cherokee, Choctaw, and Coushatta, have … END_OF_DOCUMENT_TOKEN_TO_BE_REPLACED