Cooler weather is on the way just in time for this weekend’s Ozarks Celebration Festival, an annual Missouri State event that celebrates the region’s culture and heritage.

Highlights of the festival

The festival showcases more than 300 craftsmen, exhibitors and musicians, along with four entertainment stages featuring music, storytelling and dance performances.

There will be all-new exhibits from groups such as the Laura Ingalls Wilder Home & Museum and Vickey’s Feedsacks. Several entertainers will be back at the festival this year including the Finely River Boys and the Young Fiddlers. 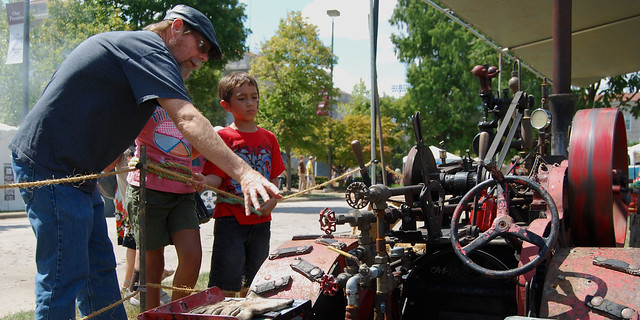 Visit our Flickr page for photos of previous festivals.

The festival will conclude its festivities with the annual Bolo Ties and Bluegrass fundraiser at 6 p.m. Sept. 26 at the Tower Club. The evening will include silent and live auctions, dinner and a concert. Tickets can be purchased by contacting Barb Jones, director of special events for the College of Arts and Letters, at (417) 836-6605.