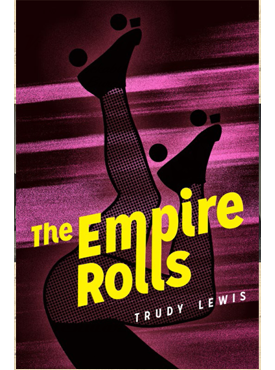 POSTPONED DUE TO INCLEMENT WEATHER. THIS EVENT WILL BE RESCHEDULED LATER THIS SPRING.

Award-winning author Dr. Trudy Lewis will be on campus to read excerpts of her work on March 6. Lewis’ novel “The Empire Rolls” was the first in Moon City Press’ Missouri Authors Series.

Lewis is the director of creative writing at the University of Missouri. Her other book titles include “Private Correspondences (Tri/Quarterly/Northwestern University Press) and the short story collection “The Bones of Garbo” (The Ohio State University Press). Her short stories have appeared in publications such as “Atlantic Monthly,” “Best American Short Stories,” and  “New England Review.”

Lewis is the recipient of the William Goyen Prize, the Sandstone Prize for Short Fiction and the Glenna Luschei Prize from Prairie Schooner.