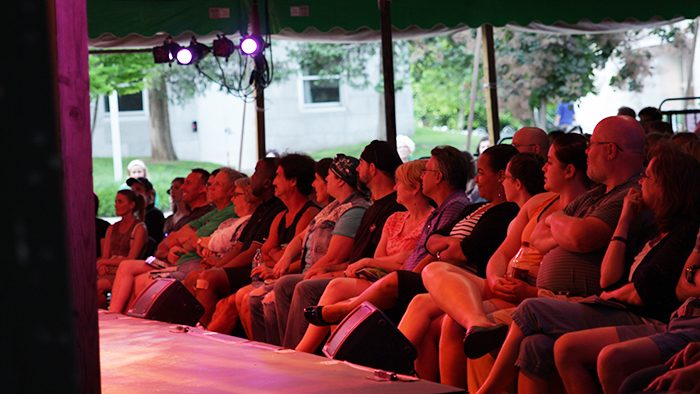 The College of Arts and Letters invites Missouri State staff members to join us Tuesday, June 13, 2017, for Staff Appreciation Night at Tent Theatre.

This year’s performance, She Loves Me, is a joyful musical in which the identities of anonymous romantic pen pals are revealed.

Each staff member may reserve two tickets, and each ticket comes with a voucher for Andy’s frozen custard, served during intermission.

To reserve tickets, contact Barb Jones via e-mail at BarbaraJones@missouristate.edu or by phone at 836-6605. Seating is limited, so reserve early!

Tickets will be distributed beginning June 1, 2017.