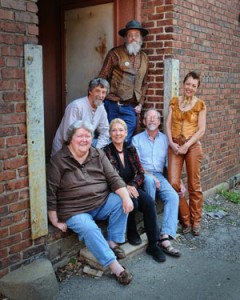 The local band that give life to the “Winter’s Bone” soundtrack, the Blackberry Winter Band, will be the opening act in this year’s Ozarks Celebration Festival kick-off event Ice Cream Social & Concert Under the Stars. The HillBenders will be the headlining entertainment.

Homegrown in the Ozarks, Blackberry Winter is a folk/bluegrass ensemble that bills itself “those amazing musical hillbillies.” Lead singer and Missouri State alumna Marideth Sisco formed the band at the request of “Winter’s Bone” producers who were looking for authentic Ozarks musicians for the film’s soundtrack.

After the award-winning movie, the group stayed together. According to their website, their live performances include a mix of original and traditional tunes, and the band has released two albums. They recently finished a coast-to-coast U.S. tour.

Who is in the band?

When to catch them

Concert Under the Stars

Date: Sept. 11-13
Time: Festival hours run 11 a.m.-6 p.m. Sept. 12 and noon-5 p.m. Sept. 13. All events will be held on the grounds east of Carrington Hall.
Location: Missouri State campus
Admission: Free and open to the public
More info: More than 300 craftsmen, exhibitors and musicians, along with four entertainment stages featuring music, storytelling and dance, will be on display Sept. 12-13.  Visit the website for the full schedule
Contact: Barb Jones by email or at 417-836-6605