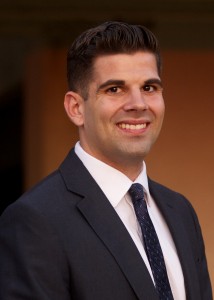 This weeks Leader Bear is down-to-earth, motivational, and has a whole lot of passion for anything he involves himself in.

Tyler Jones is a Marketing major and has an emphasis in Sales and Sales Management.  He plans on graduating in May 2016.  He was a part of the Commerce Bank Emerging Leaders program in which he found out his top 5 strengths which are Individualization, Achiever, Relator, Learner, and Belief.

His past accomplishments and involvements include being the social chair, public relations chair, and recruitment officer for his fraternity (Pi Kappa Alpha).  He served as the 2014 PR coordinator and the 2015 External Greek Week Director.  He was the a past Relay for Life Team Captain and a Ronald McDonald House Volunteer.  Tyler also held a summer internship at Centene Corporation for the past three summers.  Tyler currently holds the position of president for Pi Kappa Alpha.

When asked how our leadership programs has impacted Tyler the most, his response included:

“I could not be more thankful for the Emerging Leaders program. As a younger student, Emerging Leaders was the first step I took to truly know myself. The program challenged me to identify my strengths and weaknesses and pursue value-guided leadership.”

When asked what advice he could give to younger students, his response included:

“There is no greater value than knowing yourself. Be hungry to learn, live your values, serve others, seize opportunities, and reflect often. Most importantly, take it as obligation to lift others up along the way.”