Imagine you’re munching on popcorn with your kids watching the latest animated movie, and you continue to be amazed by the spectacular visuals, musical cues and overall entertainment value. But according to Drs. Shannon Wooden and Ken Gillam, Missouri State professors in the department of English, you should be focused on the messages within the films that viewers often overlook. In fact, the married couple and parents of two has spent the last two years researching those messages held within Pixar films, specifically those involving boys and masculinity.

Cast of Characters:
Large, masculine, athletic hero
Various others who admire the hero

On the one hand, the Pixar films are quite progressive and portray men as warm and fatherly, but they often vacillate between this family-man persona and a hyper-masculine male representing a “boys don’t cry” attitude. 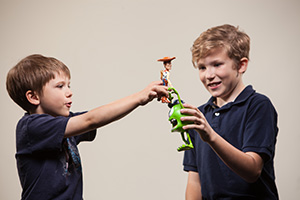 “The project started in the car,” said Wooden. “We were on a road trip and listening to “Cars” on the DVD player for the nine hundredth time. We started talking about the way the characters treated each other and the way the film represented winners and losers.”

Having two little boys has given Wooden and Gillam great opportunities to examine the messages in the films, as well as their children’s immediate reactions to it. One example Gillam noted is one of Pixar’s more recent films, “Monsters University,” which shows Mike Wazowski getting bullied for his small stature throughout the film. Eventually, Wazowski learns to accept his role in society rather than fight against predetermined stereotypes.

“What kind of message is that to send to kids?” asked Wooden. “If you have the misfortune to not be born in the right kind of male body, you may as well get used to life as a loser. Try to learn to be happy in your second place — or lower — status, because your options here are find complacency in your ‘lesser than’ status or get really angry, like the lemons did in “Cars 2,” and become punished for an alternative, oppositional form of masculinity.”

Lack of big muscles and broad shoulders isn’t the only thing that Pixar views negatively. Creativity and inventiveness aren’t always a positive trait when it comes to the films, and they are often associated with villainous behavior.

“Take Sid Phillips in “Toy Story” and “Toy Story 3” — he’s a rambunctious, but probably really bright, kid and he’s not doing anything wrong per se,” said Gillam. “He’s taking toys apart and things like that, but the very concept of the movie is that human beings don’t know toys have a kind of life outside being an inanimate object. So in taking heads off and blowing stuff up, Sid is just a kid playing rough.”

Cast of Characters:
You
Various other movie goers

Wooden and Gillam see numerous opportunities in the films to break these negative stereotypes. Pixar is a powerhouse for establishing social norms, and if applied in a positive manner, these stereotypes could easily be changed or even dismissed entirely, they noted.

“They’ve got incredible influence over establishing, affirming and maintaining cultural norms for kids,” said Wooden. “They’re not the only ones obviously — all society contributes to establishing how kids see the world — but they are a big, powerful, ideological force. Besides, it’s animation. There’s opportunity and potential to rewrite some of these scripts. They don’t have to make Sid the hero of the film, but they could make Sid anything.” 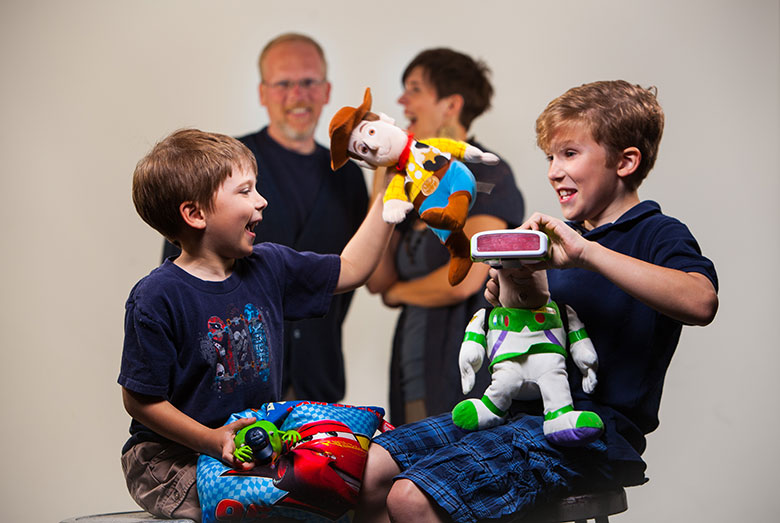 Gillam and Wooden’s first book, “Pixar’s Boy Stories: Masculinity in a Postmodern Age,” was released in April 2014. The book details their research into Pixar’s portrayals of masculinity over the years, and they hope that it calls attention to an often overlooked issue in today’s society.

“Somebody had to be the first person to complain about the Disney princesses’ stifling representation of women, right?” said Wooden. “A parallel conversation for boys hasn’t started, but we’re trying to start it…so people become aware of what they are watching and what their kids are watching.”