Two Missouri State researchers, Dr. A. Steven Younger and Dr. Emmett Redd, are developing machines with more brain-like intelligence and capabilities. They believe that, despite the capabilities of modern digital computers, their research could contribute to the development of an advanced machine with a knack for common sense and the ability to learn well beyond the parameters of its programming. 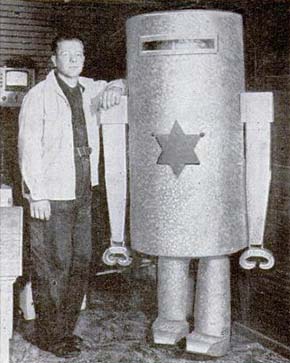 Younger’s inspiration — his dad, Reat — was featured in Popular Mechanics in 1948 with a robot he built.

Science fiction writers from Issac Asimov to Roger Zelanzny have written about the coming age of robots and artificial intelligence for many years. Generations of viewers raised on “Star Trek,” “Star Wars” and even “The Jetsons” grew up expecting our world to be eventually populated by intelligent machines doing many of the mundane tasks for us.

Believe it or not, two Missouri State researchers are actively working to make that vision a reality. Dr. A. Steven Younger, applied science and engineering research professor, and Dr. Emmett Redd, physics, astronomy and materials science professor, are directing their research efforts toward developing machines with more brain-like intelligence and capabilities.

Younger and Redd believe that, despite the capabilities of modern computers, their research could contribute to the development of an advanced machine with a knack for common sense and the ability to learn well beyond the parameters of its programming. 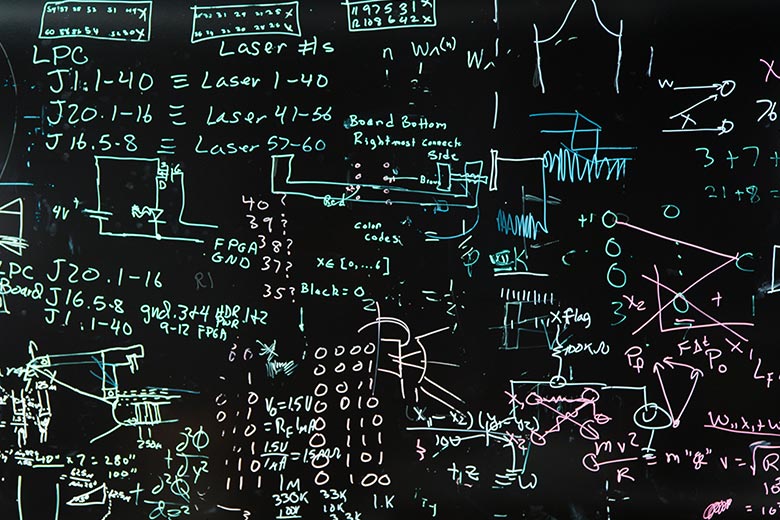 Research for this project is being completed in conjunction with Dr. Hava Siegelmann, professor of computer science at the University of Massachusetts–Amherst, with financial assistance from the National Science Foundation. Siegelmann’s work focuses on neural networks, circuits designed to mimic neurons connected by synapses. The system could theoretically result in incredible computing power. Redd and Younger were aware of her work before realizing their research was moving in the same direction.

“We are trying to build a machine that can make computations a standard Turing machine (the model for a standard digital computer) can’t. We are particularly interested in machines that have properties that are important for more brain-like, intelligent capabilities: learning, adaptability, pattern-recognition robustness and flexibility.” — Dr. Steve Younger

The approach the researchers have taken involves a chaotic system, which is very sensitive to small changes. This analog system can react to bigger and smaller changes, which can feedback to cause other bigger and smaller changes. The system, therefore, becomes driven by unpredictable and extremely variable noise, which Younger and Redd are convinced creates the less rigid approach of a chaotic-neural network and is more likely to lead to more brain-like intelligence. 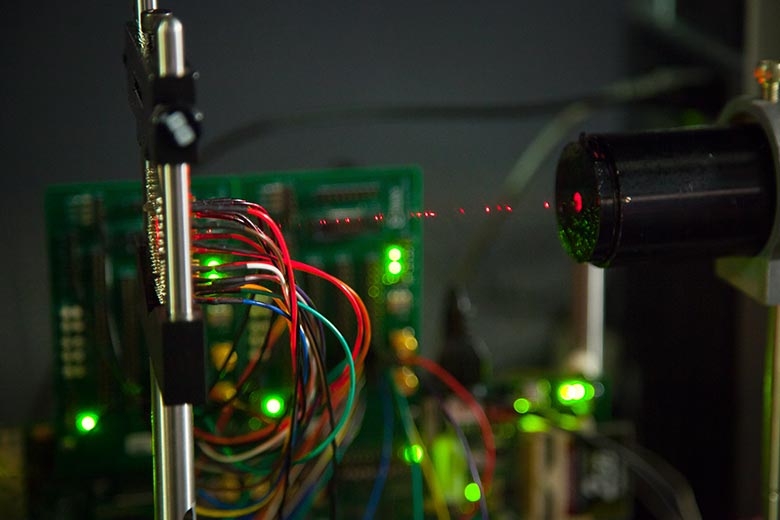 Differences between analog and digital

Most people know that digital is a binary system based on combinations of “1” and “0.” An analog system, however, includes all the space between. This approach sacrifices the ultra-precision of digital computation for a more complex and flexible process. The random nature of an analog process can lead to mistakes, which just might be a good thing, since the machines could learn from these mistakes and be less likely to make the same errors later.

Redd elaborates: “A car can’t fly; an airplane can, although they share many of the same components. We’re trying to build components and designs that allow us to go beyond what the Turing machine offers.”

In addition to the inherent complexity of a super-Turing machine, there are also size and power advantages. “We are reaching size and power limitations of digital computers,” Redd said.

“Think about Google’s search computers; they aren’t as powerful as the human brain and yet the brain operates on far less power.” — Dr. Emmett Redd

The practical applications from this research are potentially vast. “Probably the biggest application would be pattern recognition and robotics,” said Younger. “We can see where there could be an analog computer that could talk together and work together with a digital computer, because there are several things that digital computers are so good at.”