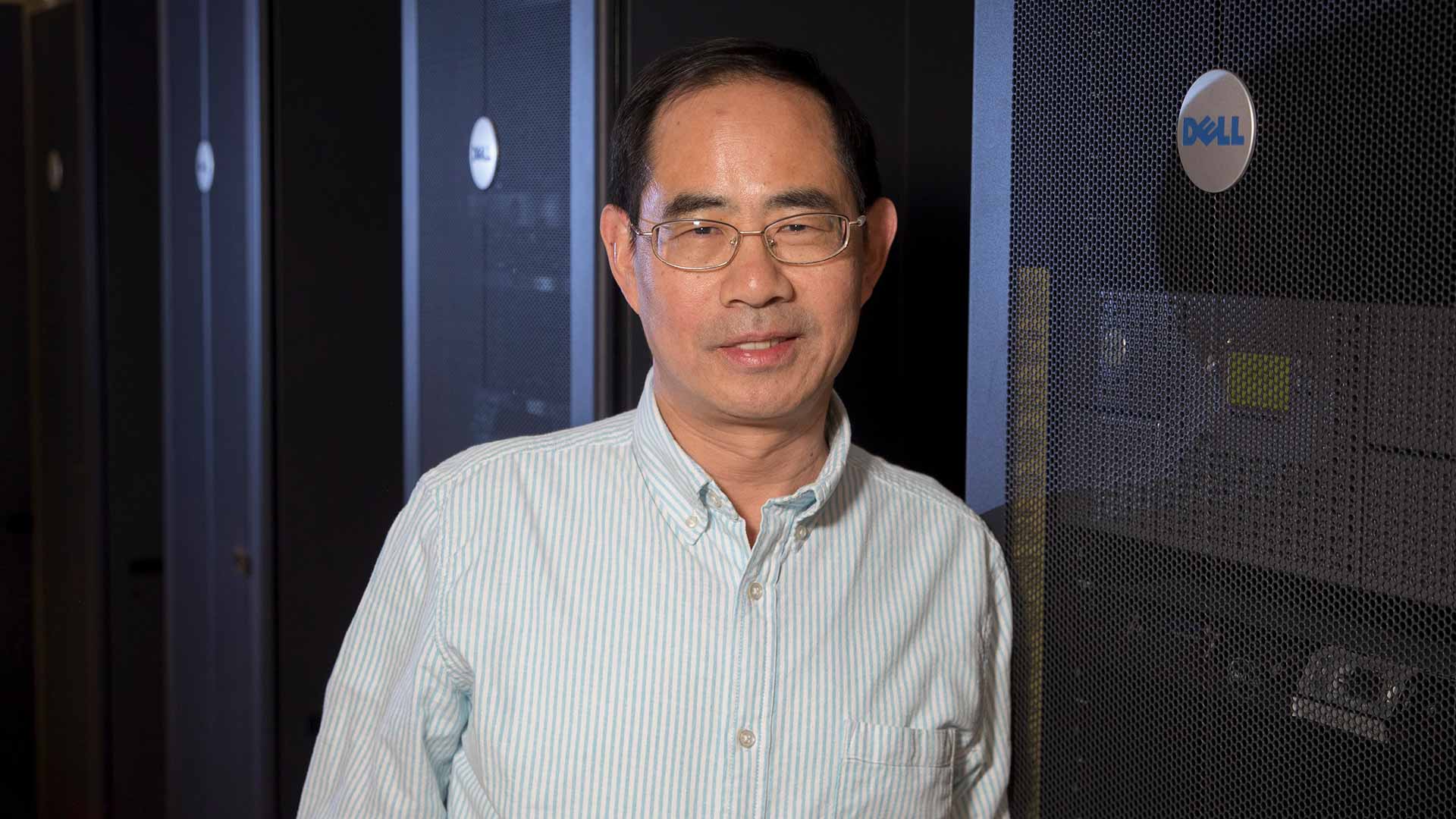 Keeping up with machines: Artificial intelligence in math

Two players place their black or white stones on a 19 by 19 board to participate in an ancient board game, Go.

It’s a strategy game, similar to chess. But for Dr. Xingping Sun, it’s more than a game: It’s been an inspiration for his research.

“The simple rules of Go give rise to the most complicated board game, much like the evolution of modern mathematics from a few simple axioms,” Sun said with an admiring smile.

“Sun is one of the few mathematicians in approximation theory who is working in the direction of artificial intelligence.” — Dr. Jeremy Levesley

Go is estimated to have more possibilities for moves than atoms in the whole universe. Working through all of the possible moves, which traditional artificial intelligence does, is a “hopeless way to play the game, even for the fastest computers in the world,” said Sun.

That was what Sun thought until March 2016, when AlphaGo, created by Google, beat all the best human Go players for the first time.

Intrigued by the algorithm that let AlphaGo drastically narrow down the possibilities, Sun now employs similar methods to model real-world problems of high complexity – like weather phenomena and early diagnoses of incurable diseases.

“Sun is one of the few mathematicians in approximation theory who is working in the direction of artificial intelligence,” said Dr. Jeremy Levesley, professor at the University of Leicester.

Sun boasts more than 50 publications in math and technology journals. He continues to be fascinated by the overlap between those two fields.

The center of his research

For one recent study, Sun looked at polygons. He knew that when you connect the midpoints of the edges of polygons, a new, smaller polygon emerges. If you continue this process, you eventually land upon the center of gravity of the original polygon.

Building on that idea, he wondered what would happen if he used the stochastic model to select random points in a polygon instead of the midpoints.

In summer 2017, he had a team of undergraduate research students, funded by the National Science Foundation, look at this. They simulated many random polygons, selected random points along the edges, connected the points and repeated the process until the points met. After doing this more than 100 times, the research team found that the polygons merged to a single, random spot. Not only that, but the polygons hit that spot at the same rate as the polygons that used only the midpoints.

Next, Sun will have his students figure out the exact chances of random polygon sequences converging to specific, predetermined points. 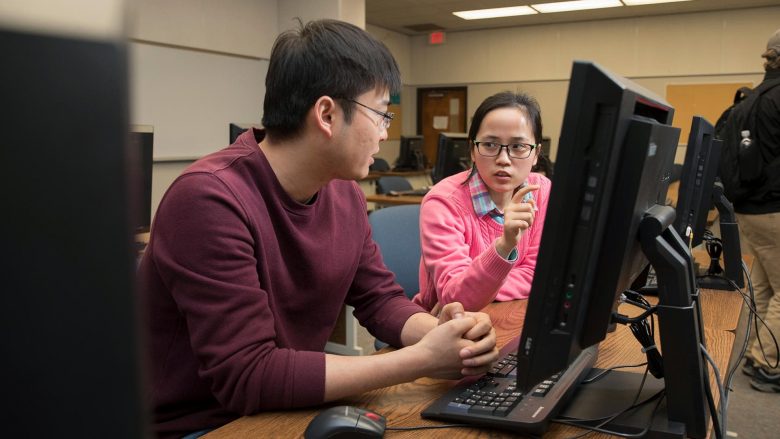 Building on the polygon

“For mathematicians, it is often a long time before their work gets used in the best way, but I am confident that many of the results of Xingping’s research will perhaps help cure diseases, help in mineral discovery, or build more efficient infrastructure.” — Dr. Jeremy Levesley

Sun’s research and the concept of AlphaGo are similar. Both are finding easier and better ways to find random points and convert them into something meaningful.

In Sun’s case, he used video games as an example. If there are three choices on the screen, the computer doesn’t know what the player will pick. The game computes random choices the player makes and creates a game around it.

With Sun’s research, the computer wouldn’t be working to keep up with the player’s choices. Instead, the video game could predict what the player would do next. Rather than keep up, it would be leading the way.

“For mathematicians, it is often a long time before their work gets used in the best way, but I am confident that many of the results of Xingping’s research will perhaps help cure diseases, help in mineral discovery, or build more efficient infrastructure,” Levesley said.

When asked for his motivation, Sun laughed, and said, “I was scared by the computer intelligence. Secondly, it’s really a curiosity.”