Looking beyond the surface to reveal our hidden past

Beauty may be skin deep, but like archaeology, it’s what lies beneath the surface that counts. That’s certainly true for Dr. Elizabeth Sobel, associate professor of anthropology at Missouri State University, who thinks the secrets of the past reveal a great deal about who we are today. 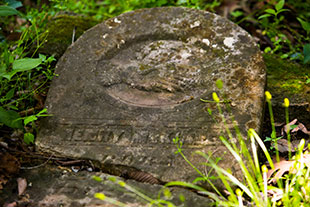 During the pre-Civil War period, Henry McKinley owned about 900 acres of land and held about 15 slaves. Sobel’s field work involved attempting to locate slave quarters at the site.

Growing up, Sobel enjoyed learning about history and the natural environment. “I have always been interested in the human past,” she said. “The field of anthropology, specifically the sub-field of archaeology, brought all my interests together. Archaeologists investigate the human past by studying the material remains of past human activity.”

Sobel, who recently co-authored several chapters in the book, “Chinookan Peoples of the Lower Columbia” and has received several grants for work on the Trail of Tears, has long been excited about working on projects involving indigenous and marginalized social and ethnic groups.

Almost from the start of her career, Sobel was drawn to the study of indigenous Americans. “Some of my earliest experiences in that area occurred when I was in college, when I did an internship with the National Park Service at the Little Big Horn National Monument in Montana, where I got to know some Crow, Cheyenne and Lakota people.” During college, she also interned with the U.S. Fish and Wildlife Service in Nevada, in the homeland of Paiute people. These experiences helped her see the benefits of partnerships between archeologists and the descendants of people they study, a practice she has continued with her other projects.

Bringing out a people’s past in ways that haven’t been told completely, or honestly, is one way of bringing about greater equality today, according to Sobel.

“A broader interest I have is trying to help bring to light the heritage of traditionally marginalized social, ethnic and cultural groups – indigenous Americans, African Americans, uneducated immigrants, all of which is a broader movement in recent decades in anthropology, history and other fields. That is an area that is especially appealing to me because it has so much relevance to people today.”

Closer to campus, Sobel, along with graduate and undergraduate students, has been exploring these issues among Greene County pioneers. Part of this project involves the archaeology of two nearby sites – the Nathan Boone homestead in Ash Grove, Missouri, and the McKinley farm in Walnut Grove, Missouri.

The work focused on spatial layout of the sites, the buildings and other structures, as well as graveyards. Sobel’s group, with the assistance of Dr. Kevin Mickus, MSU professor of geology, used ground penetrating radar to reveal underground items, including several graves that were hidden by time. Some of those interred were likely slaves, and buried with them, some of the history of African Americans in southwest Missouri. 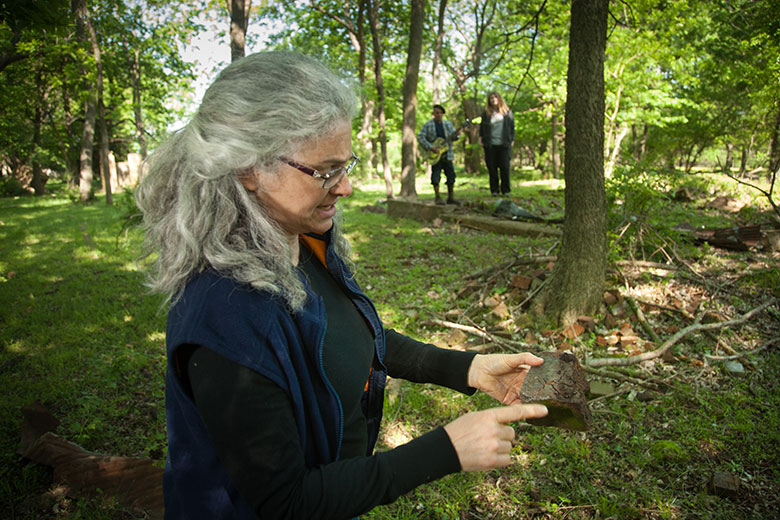 “Looking at the trajectories of McKinley family members, as well as of people who were slaves under McKinley, and their descendants gives us insight into race relations and African American heritage in this region.” – Dr. Elizabeth Sobel

Although southwest Missouri did not have large slave populations, there were some slave owners. One of the larger operations in the area was the McKinley farm, where Sobel conducted her 2013 archaeological field school. During the pre-Civil War period, Henry McKinley owned about 900 acres of land and held about 15 slaves. Sobel’s field work involved attempting to locate slave quarters at the site. Because there is not much of a written record from an African American perspective from that era, archeological evidence can yield unique information about slaves’ daily lives.

While she hoped to find evidence of slave quarters at the McKinley site, she and her students were unable to do so. “It was somewhat disappointing, but not unexpected,” Sobel said. “Slavery did not occur on a large scale in southwest Missouri. Sometimes owners and slaves would live together. Or, owners would initially build a small, basic structure for themselves, and later move into a larger house while using the earlier structure as slave housing.” Buildings often had minimal foundations and were made of wood, according to Sobel, and re-used for many purposes thereafter, so little or nothing remains from the original structure as archaeological evidence.

Nonetheless, by combining what written records exist from the antebellum period, along with oral history and artifacts gathered from these and other archaeological sites, researchers can provide a clearer picture about the lives of African Americans as well as Euroamericans during this period.

“Looking at the trajectories of McKinley family members, as well as of people who were slaves under McKinley, and their descendants gives us insight into race relations and African American heritage in this region.”