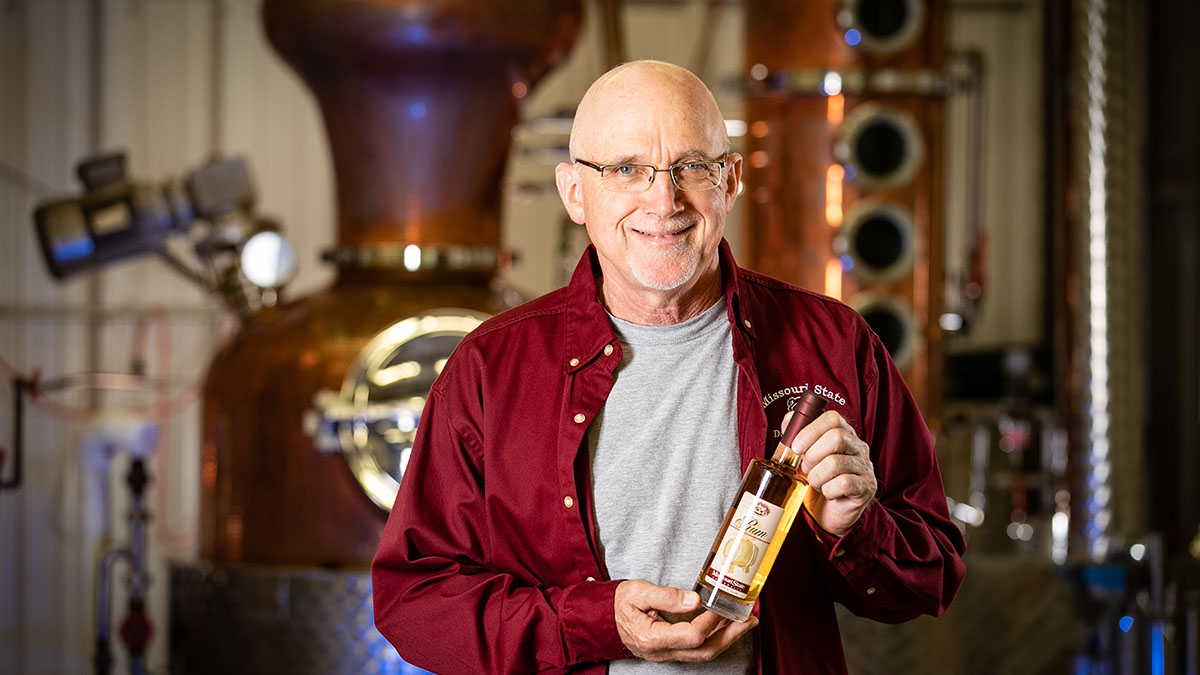 Making a name in wines and spirits

One man whose dedication and expertise have advanced the facility’s operations is Dr. Karl Wilker. He serves as manager, winemaker and distiller. He’s also a research professor in the Darr College of Agriculture. The college houses the winery and distillery, which is part of the Missouri State Fruit Experiment Station.

During his horticulture PhD program in the 1980s, Wilker immersed himself in winemaking. It grew into a passion.

For more than a decade now, this passion drives him to develop the best wines possible at MSU. He uses grapes grown at the Fruit Experiment Station.

“I like the challenge of doing things to a high-quality level, and continuously learning and advancing.” 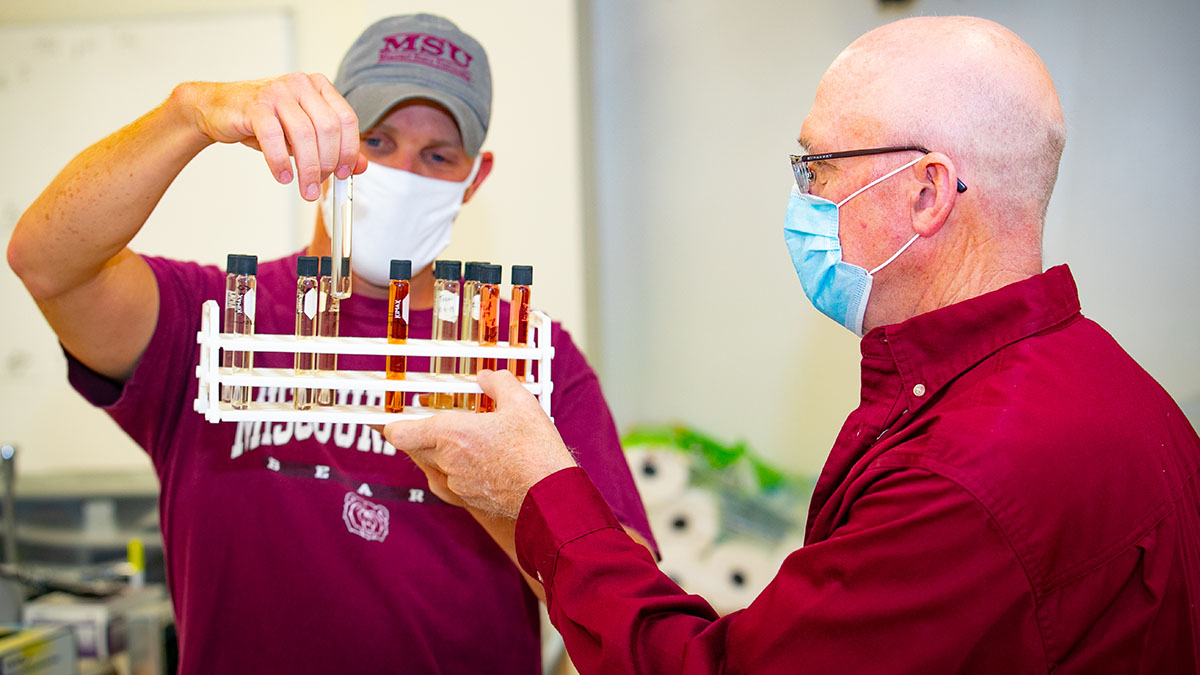 Tasting and comparing batches: Dr. Karl Wilker and Jeremy Emery work to perfect these spirits in the distillery.

To make high-quality wines, Wilker applies the science of chemistry, fermentation, food processing and microbiology. But ultimately, it comes down to smell and taste. Wilker relies on his experience of tasting many types of wines, and his sensory skills, honed through the years.

“You have to try a lot of different products and emulate the best ones,” Wilker said. “The process is very sensory guided. You have to get a feel for what quality is.”

Besides winemaking, Wilker also focuses on distilling. In recent years, he has made rum in the distillery. He mixes molasses with water and leaves the mixture to ferment and distill. The resulting rum rests in oak barrels and ages for about two years.

“Dr. Wilker doesn’t hesitate to try new methods in producing new styles of wine or spirits,” Qiu said. “He adjusts every detail in winemaking to make high quality wines and has revived the distillation operation for commercial production.”

Since then, he and his team have won 60-plus awards from competitions across the country. These include the Jefferson Invitational Wine Competition, Mid-American Wine Competition and New York World Wine & Spirits Competition.

“If you don’t have a feel for what quality is, it’s really hard to get anywhere because that guides everything we do here.” 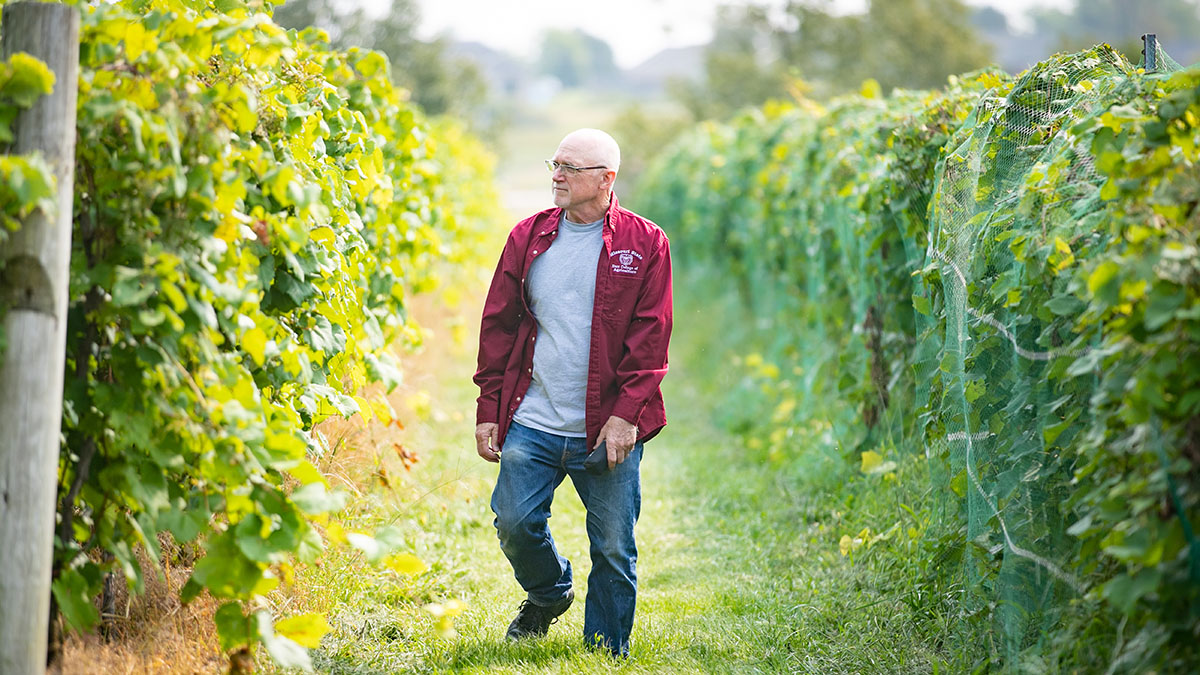 Dr. Karl Wilker walks through the vineyard at the Mountain Grove campus.

Check out the Missouri State Winery and Distillery