These days, "nanomaterials" — extremely tiny materials — are found in many consumer goods.

Silver, known for antibacterial and anti-odor properties, may be in everything from athletic wear to cutting boards. Zinc oxide, which prevents sun damage, has been used in sunscreen and woven into fabric for clothing. Carpet may be treated with nanoscale materials that prevents it from absorbing spills. Carbon-based nanomaterials are found in cell phones and televisions.

One thing is sure: The trend of nanotechnology means we are all more likely to buy goods with these tiny particles, and, later, dispose of these products.

What’s less certain is the affect of these nanomaterials on the environment as these goods decompose in landfills.

“I wanted to do research with undergraduate students, not just students studying for a PhD. Here are Missouri State, some of my best research has been done by undergraduates.” — Dr. Adam Wanekaya

Dr. Adam Wanekaya, associate professor of chemistry, has researched nanomaterials since his days as a doctoral student in the early 2000s.

For the last three years, he has been leading a project with undergraduate and graduate students at Missouri State who are studying how nanomaterials age in an accelerated weathering chamber. The research shows how these particles will react in conditions similar to those they would experience outdoors.

“What is the fate of those particles after three, 10, 20 years? We want to make sure they don’t contribute to diseases such as leukemia, or cause harm to plants, animals or the environment,” Wanekaya said. “Some of us recall how asbestos was previously thought to be a wonder material, only to later realize it was the cause of many deadly diseases.”

Dr. Adam Wanekaya is originally from Kenya, and came to the U.S. for doctoral studies. He started working at Missouri State in 2006. He is currently part of the Carnegie African Diaspora Fellowship Program, which encourages collaboration between scholars from Africa who now live in Canada or the U.S. and scholars who currently live in Africa.

Wanekaya traveled to a university in Nigeria for six weeks in 2015. One scientist he met there, who works with solar cells, came to Missouri State in January 2016 and planned to stay for six months to engage in research on campus. 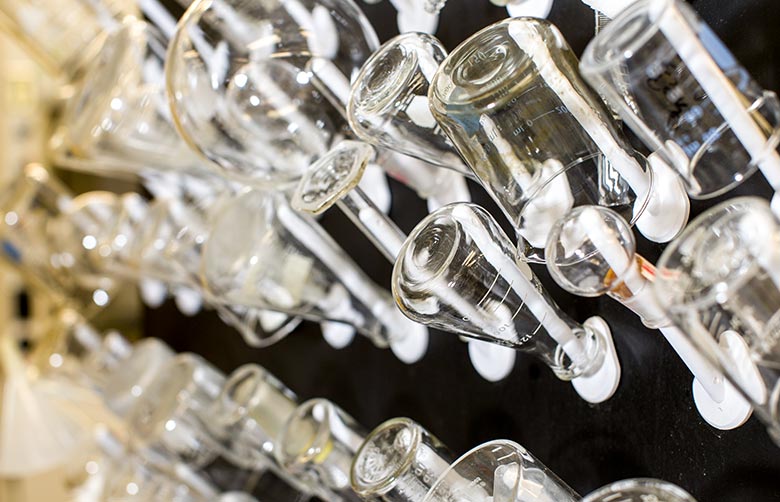 Creating conditions that mimic the outdoors

At least once a week, senior Molly Duszynski heads into a chemistry lab at Temple Hall.

Next, she takes the slides to an accelerated weathering tester, where they fit into holders designed for them.

“It has been really awesome to learn about carbon nanotubes and the overall process of real research.” — Molly Duszynski, biochemistry/microbiology double major

Now, the chamber is closed. It’s time for Duszynski to make decisions about what kind of conditions the slides will face. The chamber has UVA-340 bulbs, which provide the best possible simulation of sunlight. It is also attached to a tank that holds water free of minerals or impurities. She, Wanekaya or others on the project may adjust lighting, humidity, temperature and more to simulate sunlight, rain and dew. The chamber can create conditions for night, evening, afternoon or morning, or cycle through those.

In a few days or weeks, the machine can reproduce the decomposition that would occur in months or years outdoors.

Wanekaya’s team has chosen to mostly focus on conditions that are slightly hotter than normal, in order to see what the carbon nanotubes would do if they were in a landfill in a part of the country with high-intensity sunlight.

They chose carbon to study first.

“This is a good basic material because we can predict a bit about carbon’s behavior,” Wanekaya said. “We are starting with something more simple before we move on to something a bit more complex.”

There’s no one-size-fits-all formula for how many hours in a weathering chamber equals a time period in the outdoors, according to Q-Lab (the company that makes the QUV Weathering Tester used in MSU’s chemistry lab). That’s because the relationship between tester exposure and outdoor exposure has so many variables, such as geographic latitude of the exposure site, altitude, random variations in weather from year to year, etc. One recent graduate student in Wanekaya’s project, however, was using this approximate ratio: 2,100 hours of weathering tester exposure = About one year in the Florida sun 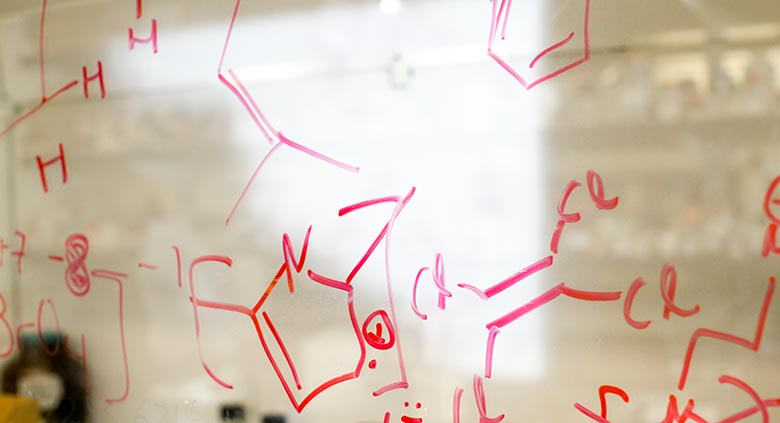 Wanekaya says the research is yielding some preliminary results.

The team can see that the shapes of the carbon nanotubes change after treatment in the chamber. Before treatment, the nanotubes are more or less linear. After, they are coiled. Using various technologies, the team has shown there are other substantial differences between groups of control nanotubes, which are not subjected to tests, and nanotubes that have been aged.

“Now, we need to find out whether those changes are good, bad or neutral. That’s our next step,” Wanekaya said.

One team found that treating yeast with either aged or control carbon nanotubes was significantly toxic to the yeast cells. Results of that study have been submitted for publication to the Journal of Nanoscience and Technology.

No significant differences were observed in bacteria and plants exposed to both the aged and control carbon nanotubes.

Wanekaya plans to keep working with these tiny particles.

“Nanomaterials are very exciting. They have novel properties that can be used for so many things.”

How small is nano?

In the International System of Units, the prefix “nano” means one-billionth. Therefore, one nanometer is one-billionth of a meter. It’s difficult to imagine just how small that is, so here are some examples:

Dr. Adam Wanekaya is seeking many ways to use nanotechnology to benefit humans and the environment. He is involved in research regarding:

For more about his work regarding cancer, see a past Mind’s Eye story about one of Wanekaya’s collaborators.