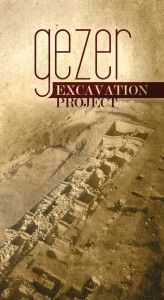 In less than two weeks Dr. John Strong and his Religious Studies Archaeology students will be in Israel for the Tel Gezer Excavation project!  From 13 June to 15 July, the group will join volunteers from other institutions at the Tel Gezer archaeological field school.

Why Gezer?  According to the Gezer Project’s website, www.gezerproject.org, the ancient city of Gezer guarded the western entrance of Jerusalem from the coastal plain and was almost continuously occupied from the Bronze Age to the Hellenistic Period.  Additionally, Gezer was one of the three cities fortified by King Solomon (1 Kings 9:16-17).

At the project’s core is the archaeological field school, which offers academic credit and involves studying the archaeology and history of ancient Israel through site excavation, processing of material at the expedition camp, and on-site evening lectures by the staff and guest scholars.

What about free time?  Students may also participate in regional study tours on the weekends, visiting sites such as the Sea of Galilee, Jerusalem, Masada, and Qumran. 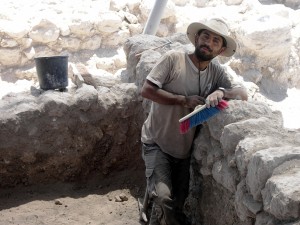 What if I can’t be there?  Grab your laptop, sit outside in the sun, surround yourself with dirt and rocks, and tune in for our posts from John Strong in the coming weeks, including photos, videos, and dig drama!

Many thanks to the project’s sponsors: Southwestern Baptist Theological Seminary and the Israel Antiquities Authority!

Supporting institutions: The Gezer Regional Council, and Israel Nature and National Parks Protection Authority.  The project is affiliated with the American Schools of Oriental Research (ASOR), of which Missouri State University’s Religious Studies Department is a member.