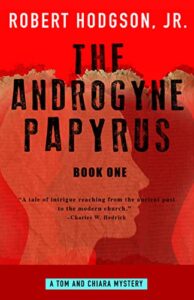 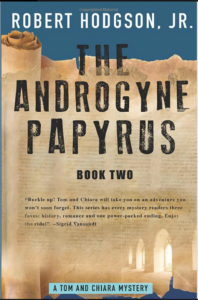 The Androgyne Papyrus come as a three-part semi-autobiographical religious thriller, detective story, and romance tale set on the campuses of three 1960s universities: Marquette, Göttingen (Germany) and Heidelberg (Germany). It’s the story of a young graduate student couple, turned detectives (Tom and Chiara) who scramble against all odds to find a lost book of the Bible, St. Paul’s Letter to the Laodiceans (there is actually such a thing!).

The sting of the story lies in the contents of the lost book: a presentation of Jesus Christ as a male-female figure in the Spirit of Galatians 3:28 “There does not exist among you Jew or Greek, slave or freeman, male or female. All are one in Christ Jesus.”

Dr. Hodgson, following his teaching at MSU, continues to serve as a translator with the American Bible Society.