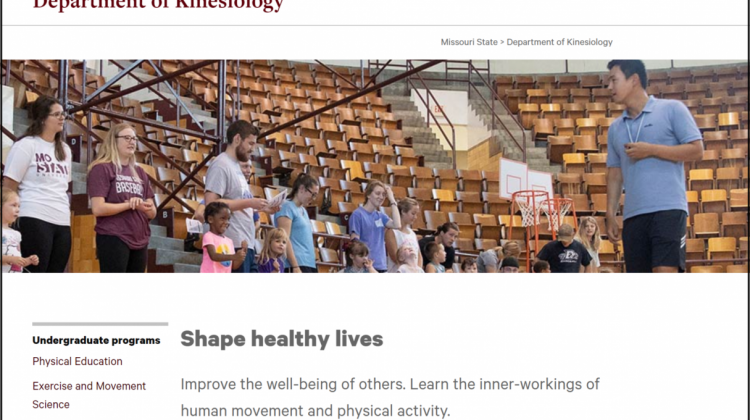 Three specific areas we improved on kinesiology were:

Through several photo sessions, we gave the kinesiology website an appearance overhaul.

Getting new photos creates an accurate depiction of their programs.

We made it easier for future students to major in a kinesiology program.

The application/admission process is a bit different for graduate programs, but the concept we used remained the same.

Four of kinesiology’s five undergraduate programs include track options or emphasis areas, which are specific areas of focus within the overall program.

We wanted to make these options better known.

Track options/emphasis areas now have feature blocks that provide more information about that specific area and its outcomes.