You are here: Home / Headlines / Discover our vision for the future of IDEA Commons

In the 2000s, Missouri State University leaders had a vision.

We wanted to redevelop a portion of Springfield’s center city.

With the help of the city and local government, we would create an urban innovation park.

It would blend university programs with residential, retail, commercial and entertainment facilities.

The park would celebrate and encourage Innovation, Design, Entrepreneurship and Art — and so the IDEA Commons concept was officially named in 2007.

Now, more than 10 years later, IDEA Commons is part of the fabric of Springfield.

It has helped MSU and the city:

In 2008, Brick City — a group of historic downtown buildings with brick exteriors — was renovated.

Missouri State’s art and design department moved into many of the spaces. Private businesses and other academic programs moved into others.

This rehabilitation was made possible through a public-private partnership involving Missouri State, the city of Springfield and several businesses.

This renovation was originally done with developer Miller Commerce, which accessed historic tax credits to make the project feasible.

MSU leased the buildings each year. We anticipated that we would eventually purchase them.

In fall 2018, we finalized an agreement to buy buildings 1, 3, 4 and 5, and the adjacent parking lots. We will sell bonds to finance the purchase. Now that we are buying at about the same rate we were leasing, there will be no additional cost to the university.

This is one example of an IDEA Commons project that benefited private business, the city and the university.

We hope there are many more to come.

One project on the horizon: Growing the Jordan Valley Innovation Center.

We plan to expand the space owned by MSU. A commercial office building, to be owned by a private company, will also be constructed. The area will include landscaping and parking.

Eventually, we hope this will lead to exciting amenities for those who live and work here.

The city agrees. In a news release, they said this public-private partnership would be a “transformational economic catalyst.”

We have had a lot of partners in this vision.

Missouri Sen. Jay Wasson led the legislative changes needed to get this expansion named as a tax-increment-financing project in the state budget.

The city of Springfield approved its commitment to the project, including tax incentives and financing for stormwater and streetscape improvements.

It’s a downtown community where people can live, shop, learn, create and work.

This facility, known as JVIC, is a former feed mill. It is now a seven-story state-of-the-art research facility. Here, students can gain hands-on experience and corporate partners can develop innovative products. The focus at JVIC is environmentally friendly projects, with an applied research emphasis on biomaterials, nanotechnology, carbon-based electronics, biomedical instrument development and energy.

This center, a former turkey-processing plant, is a one-stop shop for new small businesses. It includes the efactory, a business incubator that provides resources, gives guidance and assists with start-up activities.

These are suites used both for residential lofts and private retail. Types of businesses here include medical equipment development, interior design and more.

This federally qualified health center serves the uninsured and underinsured of southwest Missouri.

Here, officers support investigations from around the state.

Where is IDEA Commons?

The Missouri Development Finance Board has awarded us tax credits and a loan to support the project. The JVIC expansion will be owned by the Vecino Group for the first seven years, and we will lease it.

MSU has the option to purchase after seven years.

Because of this structure, and the level of city and state support, we expect to eventually recoup our investment on this project.

However, we will need your support as we move forward.

The Missouri State University Foundation will likely seek private gifts, and there will be some opportunities for namings as we expand IDEA Commons.

We could potentially break ground this fall, so expect to hear much more about this project.

We’re so excited about the role this expansion may play in encouraging cutting-edge technology, high-paying jobs and expressive creativity in this region.

I encourage you to follow along, and add your own support, as the ideas keep coming. 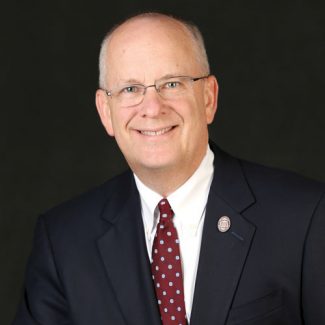 The Missouri State University Alumni Association shares news, provides resources and hosts events to connect 110,000 alumni around the world with their alma mater. Want to share your story? Drop us an email at alumni@missouristate.edu.
#MarooNation #GoBears #GoMaroon