You are here: Home / Archives for Athletics 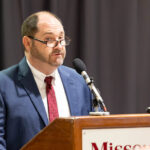 Missouri State University has awarded a four-year contract to Kyle Moats, its current director of athletics. The extension will begin June 1, 2022, continuing through May 31, 2026. Moats has been the MSU director of athletics since 2009. “Kyle has elevated athletics at Missouri State since his arrival in 2008. His most recent successful hires in football and men’s and women’s … END_OF_DOCUMENT_TOKEN_TO_BE_REPLACED 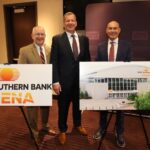 Next time you watch the Bears or Lady Bears dribble down the home court (or attend a concert or special event), you’ll be in Missouri State University’s Great Southern Bank Arena. The naming, which was confirmed during a closed session of the Board of Governors yesterday, takes effect immediately. “Missouri State is a pillar in southwest Missouri and beyond, providing our … END_OF_DOCUMENT_TOKEN_TO_BE_REPLACED 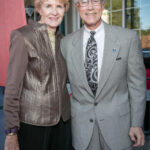 Pam and Bernie Burrier at the 2017 Lady Bear Gala. The Missouri State University men’s and women’s golf teams will be the recipients of a significant gift, courtesy of Pam and Bernie Burrier, the MSU Foundation announced today. The gift is an endowment for both programs and will be used to support the overall budgets of the teams. The Burriers have previously established … END_OF_DOCUMENT_TOKEN_TO_BE_REPLACED 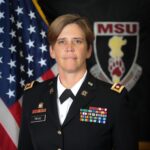 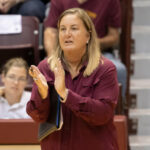 Melissa Stokes, Missouri State University’s head volleyball coach, has announced her resignation, effective Aug. 12, 2019. The announcement came following an independent investigation by Spencer Fane LLP, which concluded that NCAA violations had occurred within the volleyball program. These violations included allowing a non-qualifier to accompany the team during a foreign tour … END_OF_DOCUMENT_TOKEN_TO_BE_REPLACED