She can now also add wedding officiant to her list of honorifics.

Allen knew these two students were meant to be a couple

Allen taught in Missouri State’s College of Business from 2005-20. She also served as advisor for Alpha Kappa Psi, a professional business fraternity.

It was through Alpha Kappa Psi in the 2010s that Sam Vargas and then-Suzy Feakes got to know — and love — Allen.

“We first met when the chapter went bowling, and there was a lot of witty banter,” Suzy Vargas said.

When Alpha Kappa Psi members went to Chicago for a conference, Suzy fell asleep on Sam’s shoulder on the train. “Aunt Nancy” walked by. Allen says she knew these two were destined to be together.

They eventually fell in love. 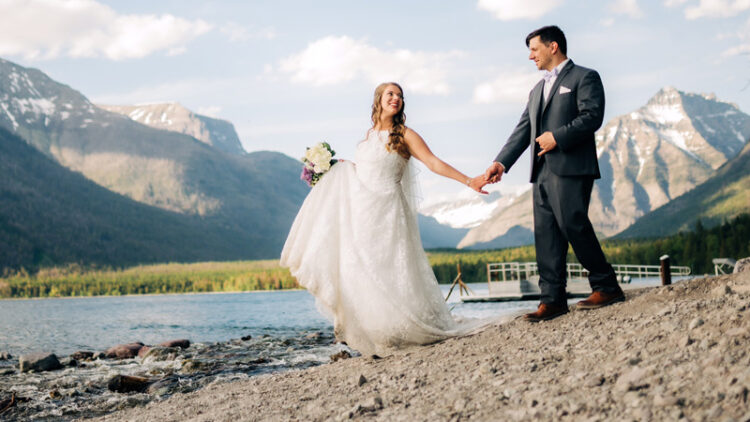 Aside from the fraternity, they both took a business law class with Allen.

After graduation, Suzy was accepted into graduate school in Atlanta. Sam followed her to Georgia.

As they were starting their new adventure, they asked Allen and her husband Randy to dinner for life advice.

“Nancy is just such a strong advisor, and it has always seemed like she’s got her life together,” Suzy said.

“She has an incredible family. Her relationship with her husband is awesome. So, we asked if they would come tell us about how the real world’s going to work before we go into it — tell us what we need to know.”

The guidance they received left them feeling like life’s problems would work out because they would have their partner by their side, like Nancy and Randy had with each other, said Suzy.

For Allen, their wedding was “a glorious experience all around”

In 2019, when Sam proposed, it didn’t take long for them to think about asking Allen to officiate their wedding.

“We were talking about what a great influence and role model Nancy had been throughout our time at Missouri State,” Sam said.

“When we came up with the idea of her officiating our wedding, there was no going back. We called her and I was as nervous asking her to officiate our wedding as I was asking my wife to marry me.”

In 2020, they asked her if she’d marry them at a destination wedding the following year.

They feared she’d say no.

“And I said, ‘You understand that I am not a woman of the cloth?’” said Allen. “And they said, ‘You can get your license online.’ So, I went ahead and got my credentials. Randy and I flew out to Montana, and I married two of my fabulous and beloved former students. And a whole bunch of my other students were there, and it was just a glorious experience all around.”

When Sam enrolled in that law class at Missouri State, he never imagined his professor would one day officiate his wedding.

It’s crazy to think about, but it was perfect, he said.

Allen was a hit. Almost too much of a success, joked Suzy and Sam.

“Word of advice, if you want your wedding to be about you, don’t have Nancy officiate,” said Suzy. “Everyone loved her, wanted to take her home and everyone got her business card. And she was the life of the party.”