You are here: Home / Archives for missouri public affairs hall of fame 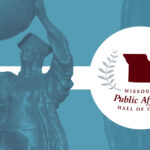 The seventh class of honorees in the Hall of Fame — Christopher S. “Kit” Bond, Dr. Patricia Dix, Wendy Doyle, Bob Holden and Dred Scott — will be inducted in 2021. You can show your support for these outstanding individuals by spreading the word about the Missouri Public Affairs Hall of Fame and its honorees. The induction ceremony and banquet is open to the public, but … END_OF_DOCUMENT_TOKEN_TO_BE_REPLACED 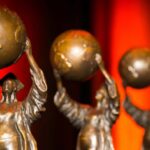 Jean Carnahan, Peter Herschend, Lane McConnell, John J. Pershing and Phyllis Washington will be inducted into the Missouri Public Affairs Hall of Fame April 13. The five inductees were selected as citizens with a connection to the state of Missouri who serve as examples of global citizens by defining the essence of public affairs, and who have acted consistently for the … END_OF_DOCUMENT_TOKEN_TO_BE_REPLACED