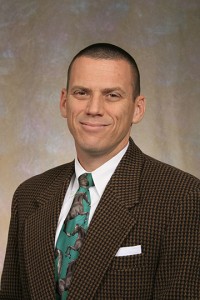 Almost as predictable as the seasons are statements made about investing, relative to the season. It is quite common to hear investors speak optimistically of a “summer rally” or cautiously anticipating heightened investing risk in the fall. Mark Twain echoed this popular notion when he described October as “one of the particularly dangerous months” for stocks. (Twain quickly adds the remaining 11 months to his list.) The prospect that certain times are systematically better or worse for investing is intriguing. This week, I discuss what finance professionals call calendar anomalies.

Calendar anomalies are patterns in investment returns — like a seasonal effect — that are unexplained by theoretical finance models. Modern finance theory holds that, over time, investment returns should be substantially equal across the calendar because information — the response to which moves investment prices — reaches the market randomly. If a calendar anomaly exists, investors could exploit the effect and earn additional profit.  For example, if the average return, over time, to stocks in July is positive, and the average return in August is negative, an investor could profit by annually buying at the beginning of July and selling at the beginning of August.

The so-called October effect is one popularly regarded calendar effect. While the data do not support that stock market returns are systematically negative in October, many investors remember that the biggest stock market crashes (1929, 1987, 1989) happened in October; thus, they treat October with caution. Another anomaly, theJanuary effect, predicts several outcomes. One is that the stock market tends to perform well in the first two weeks of the year. Another January effect prediction is that small-firm stocks will outperform large-company stocks during January. Finally, January is frequently seen as a barometer for stock returns for the rest of the year.

Other proposed calendar patterns include the Weekend (or Monday) effect and theturn-of-the-month effect. The weekend effect has stock returns averaging positive and highest on Fridays while negative and lowest on Mondays. The turn-of-the-month effect posits that stock returns during a monthly period are greatest during the two or three day period around the end/beginning of a calendar month.

Are these effects valid? With the exception of the October effect, all of these anomalies were at one time supported by historical market data. Over the past 50 years, many academics and practitioners have formally studied calendar anomalies to determine whether they really exist, why they persist and whether they can be exploited. If we aggregated the results of these studies, we’d see varied results that are highly sensitive to the country, type of market, and time period studied. In addition, those studies confirming the existence of a particular anomaly generally find an effect that is not profitable when trading costs and taxes are also considered.

My own quick examination of NYSE Composite index data over the past 50 years shows that measured average October returns are actually higher than the average of all months. August had the lowest measured average return, which was negative. The differences in average return were not statistically significant and, alone, would have unlikely produced profitable trading.

Calendar effects make for good conversation, and many will claim to have a profitable “system” based on the calendar. However, the variability of the evidence suggests the average investor will be better suited by a buy-and-hold strategy that does not attempt market timing.

Dr. James Philpot is a Certified Financial Planner® and is Associate Professor of Finance at Missouri State University. Statements in this column are intended for educational and informational use only, and are not to be construed as investment advice.

This article appeared in the September 17 edition of the Springfield News-Leader and can be accessed online here.