She would be helping a team “load in” gear for a show by comedian Jim Gaffigan.

Gaffigan was performing at the arena on campus, where Vowels works. Her job there is just one way she’s gaining real-world experience in her future career.

An all-access pass to many career choices

“There is no other feeling like it. I didn’t know what I wanted to study when I was looking at colleges, but I knew I really liked concerts. Someone told me Missouri State had an entertainment management degree.

“I chose this major to be part of making the magic of live music happen for other people, while helping artists achieve their dreams.”

She has explored many possible future paths. For example, she interviewed several full-time tour managers for class assignments.

“It’s crazy being able to work with these big-name talent agencies, and booking artists I’ve been a fan of — and then getting to work with them when they come to the show.”

“Two of them were for bands I absolutely love. It was amazing. One is an artist who plays huge, ginormous stadium tours.”

She has talked with an MSU graduate who has worked for professional soccer teams. She has met an alum who is a meeting planner, responsible for organizing corporate incentive trips.

“What makes me so optimistic about this degree is there’s really no limit to what I can do.”

Her studies have also come with travels. She has volunteered at the International Entertainment Buyers Association Music Conference, the Super Bowl and the NCAA Final Four, and studied in Europe.

“Studying away was a huge opportunity that helped shape who I am. It opened up my worldview.” 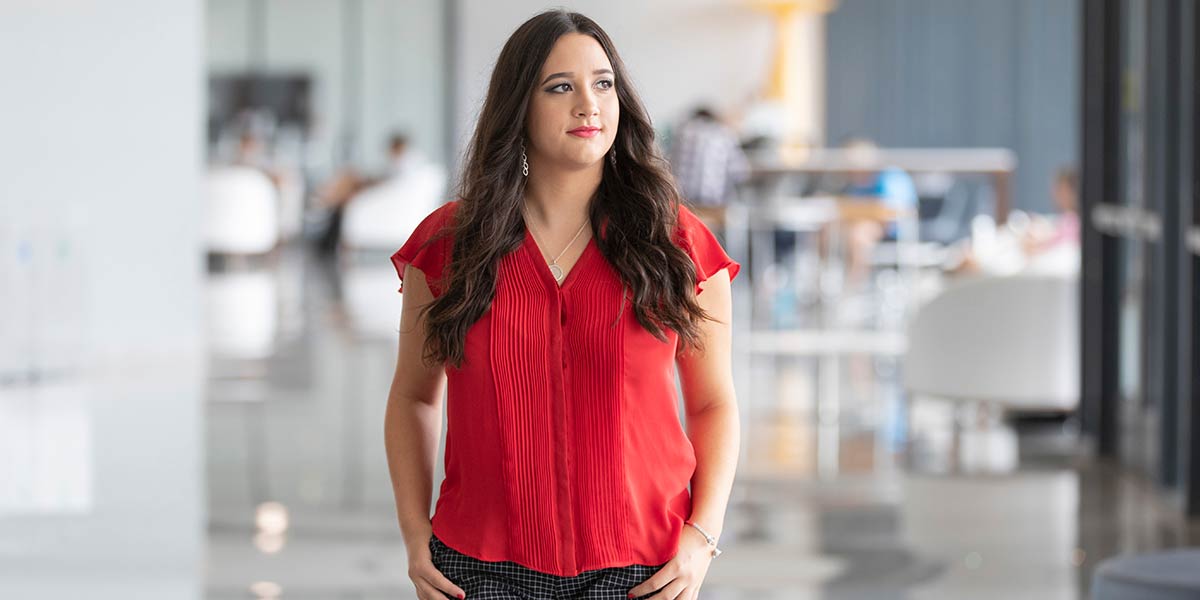 Vowels’ campus job, and her involvement outside of class, also help her explore her future.

She is the live entertainment chair for Student Activities Council.

“That means I book the artists who bring comedy, music and other entertainment to students.”

She’s the alumni relations leader for the Entertainment Management Association.

“I get to communicate with a lot of our alumni, which is awesome because we have a broad network of people who do a lot of cool things.”

And she works large-scale events, open to the public, at the campus arena.

Vowels looks forward to a future filled with concerts.

“Music and live events are never going to go away, because you can’t replicate that feeling by listening to music on your phone. You can’t replicate seeing your favorite artist play live, with all the people collectively listening. It’s a worthwhile space to be in, and MSU has given me room to grow within it.”