With his family unable to afford internet access at home, he tried to hack into his neighbor’s Wi-Fi.

He got creative and went online – outside his house in Purdy, Missouri – for tips and strategies.

“I used a combination of an iPod Touch on open Wi-Fi networks in my town, and computers of friends and family,” said Perez, who grew up about 80 miles away from Springfield in Purdy. “The online cybersecurity community was quite generous and gave (me) practice problems, help and different resources.

“It was essentially just a bunch of Googling, testing and then more Googling.”

Perez was doing all this at a young age – he estimated he was around 12 or 13 years old.

Perez saved money and even planned to buy hacking tools.

In the end, Perez figured out how to hack his neighbor’s Wi-Fi but decided against it. Instead, he simply asked to use it.

It was one of his first experiences with computers and cybersecurity. A decade later, he’s working on the other side of things: Protecting against such threats.

He is so good at what he does that he won awards while at MSU. He even got a job offer after his employer saw him in action at a competition. 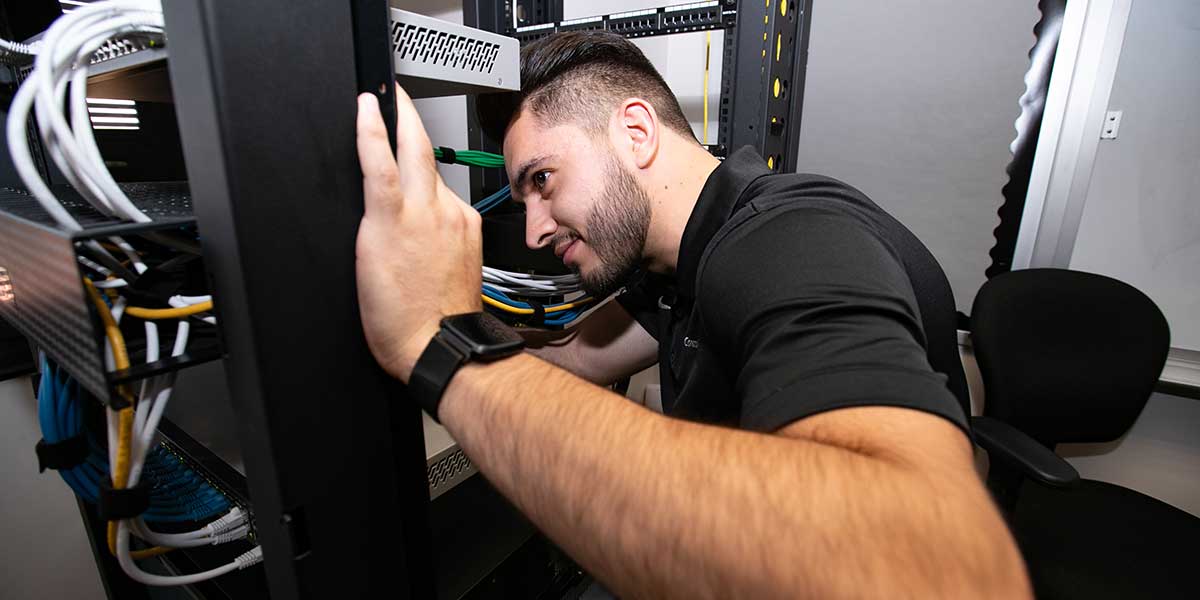 As a network engineer with ConocoPhillips, a Fortune 500 company, Perez has turned his childhood interests into a career. He helps design, deploy and maintain the company’s telecommunications setup.

Perez added other responsibilities within his first six months on the job. These include:

He’s doing it with a degree and expertise he earned at Missouri State.

Perez, who graduated in May 2019, accepted the job offer from ConocoPhillips while he was still in school.

“I really enjoy cybersecurity and (information technology) because, to me, they’re essentially just giant puzzles that are able to solve a wide variety of life’s problems,” Perez said. “(At ConocoPhillips), I get to see how the company is all interconnected and I learn more and more about networking and technology every day.”

Why he chose Missouri State 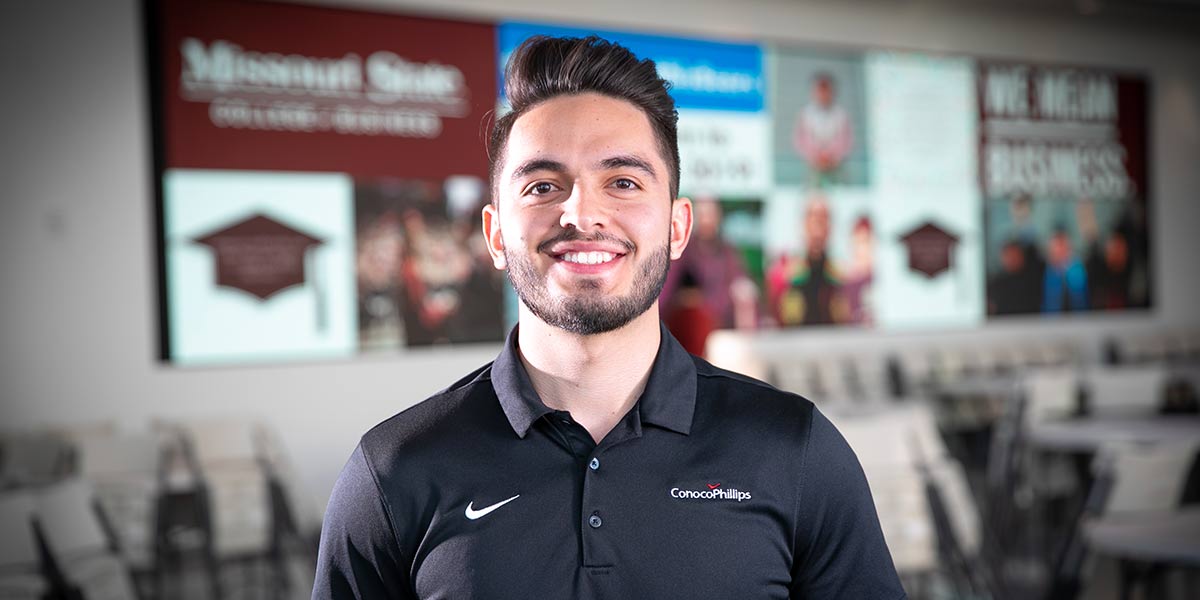 Perez, like many others, picked MSU for one main reason: cost.

Scholarships made his education even more affordable.

“I knew from the start that I would have to pay for (college) on my own, so I wanted to spend as little as possible while getting a great education. MSU provided great value for the money.”

Perez majored in computer information systems. The program recently renamed to information technology (IT). In simple terms, IT covers how computers send, store and receive data.

“The (IT) program at MSU does a fantastic job of teaching the fundamentals of IT and technology in general,” Perez said. “I learned a lot about systems analysis and design, object-oriented programming and networking.”

He learned the finer points of IT and programming from professors such as Dr. Duane Moses, Dr. Xiang Guo and Dr. Zhiguo Yang. They all teach under the department of information technology and cybersecurity.

“Dr. Moses taught my Intro to C# class. Dr. Guo and Dr. Yang led our (student) competitions,” Perez said. “I like to think that all my professors had a part to play in my college experience, but there were definitely a few that really made an impact.”

Winning at regionals, then nationals

Perez likes to compete. When he was a member of the Association of Information Technology Professionals (AITP) at Missouri State, he put his skills to the test against his peers.

While he had earned honorable mention awards at the 2018 U.S. Information Technology Collegiate Conference (USITCC), Perez knew he could do better.

In the fall of 2018, Perez led the best performance to date for MSU students at the USITCC regional competition. He won first-place (cybersecurity), second-place (office solutions) and honorable mention (network design) awards.

The contest involves more than 50 colleges and universities.

“I honestly didn’t think I’d place that well at regionals, but because I did, it just made me want to win more at nationals the following spring,” Perez said.

Perez was most eager for a rematch in the cybersecurity competition. He knew last year’s winners were returning.

He also placed highly in competitions for PC troubleshooting and data analytics.

“Once the competitions began, it was just a pure rush of adrenaline mixed with caffeine,” Perez said. “I honestly didn’t think I’d do that well, but my practice and perseverance had paid off. I genuinely enjoyed the competitions and would do them all over if I could.”

At another competition – ConocoPhillips’ Innovation Challenge – Perez performed so well that the company offered him the position he has now.

Setting himself up for a better life

Perez came to Missouri State as a first-gen student. His parents, who emigrated from Mexico when Perez was 2 or 3 years old, emphasized education from an early age.

“Growing up, they would always tell me about the hardships they had endured while in Mexico and how important it was to get an education,” he said. “Neither of them had the privilege of even going to high school.”

As you might expect, Perez had an emotional graduation day. He remembers it vividly.

“I exited JQH Arena and saw my parents’ faces (filled with) pride and joy. I knew that all my efforts had been worth it,” he said. “I’m not one to get too emotional over things, but this was one of the most emotional moments of my life.”