You are here: Home / Faculty News / MJF professor’s film debuts at the Moxie on May 7

A downsized and sustainable lifestyle — it’s the new American Dream, one not without its challenges as cities struggle with twenty-first century problems. How can Springfield, Missouri, achieve this walkable urbanism Baby Boomers and Millennials are looking for? 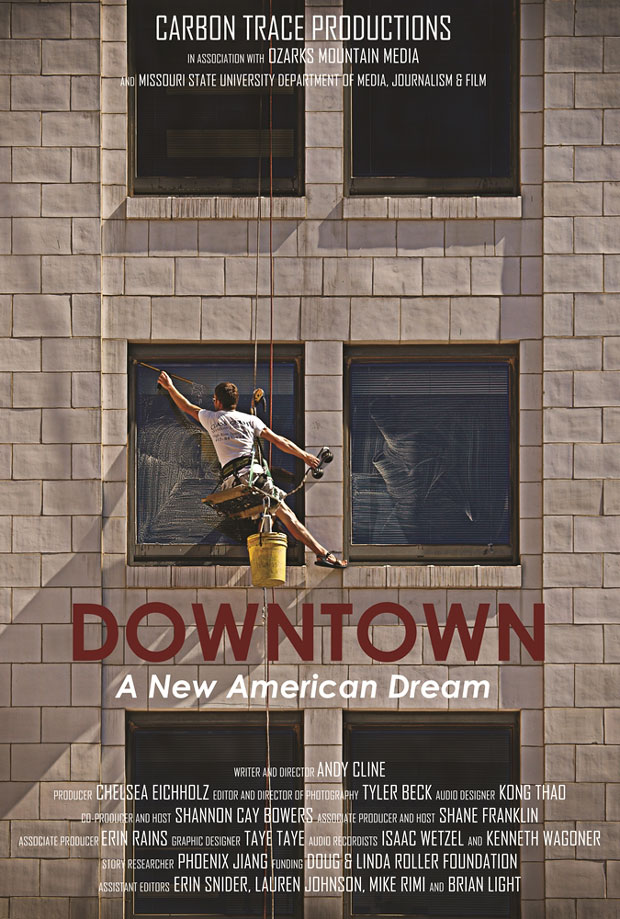 The feature-length film features work from many Missouri State students that Cline enlisted to help him. It premieres at 1 p.m. May 7 at the Moxie Cinema. Tickets can be purchased online or in person at the theatre.

Before completing the feature-length version, Cline used some of the footage for a short film called “Shared Spaces,” which debuted at the Moxie in September 2015 to a sold-out crowd. The following month, it was screened at the New Urban Film Festival.

Cline said his work on “Downtown” has inspired him to incorporate documentary filmmaking into his work as an educator. He’s developing two new film projects to work on with students as part of classes offered at Missouri State, including a a study away trip to film the Trans-Siberian Railway.

See ‘Downtown’ at the Moxie