You are here: Home / Headlines / Get your tickets now for Tent Theatre 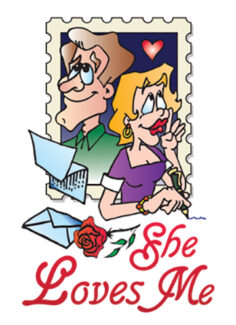 Georg and Amalia are perfume shop clerks in 1930s Budapest. At work, the two bicker and spar incessantly. Georg sees Amalia as stuck-up and aloof; Amalia sees Georg as arrogant and mean. The only thing these clashing coworkers have in common is that both have responded to a lonely-hearts ad in the newspaper. As romance blooms with their anonymous pen pals, tensions build at the shop — until the identities of their secret admirers are revealed. 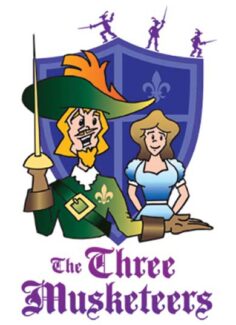 D’Artagnan, a brash young nobleman, sets off to find adventure in 1625 France. Traveling with him, disguised as a male servant, is his feisty younger sister Sabine, who is being sent to a convent school in Paris. D’Artagnan encounters the legendary Musketeers: Athos, Porthos and Aramis. Joining forces with his heroes, he is quickly swept up in defending the honor of the queen. At every turn, the swashbuckling swordsmen must outwit the villainous Cardinal Richelieu and his treacherous spy, Milady de Winter. As daring as her brother, and as skilled with a sword, Sabine joins the fray. 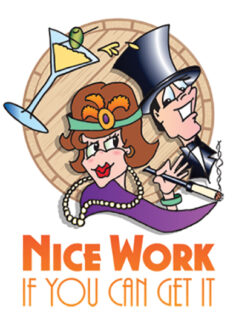 The jazz is hot and the hooch is flowing in 1927 New York! On the eve of his marriage to modern dancer Eileen Evergreen, the wealthy and charming playboy Jimmy Winter crosses paths with Billie Bendix, a street-wise female bootlegger. Billie and her gang are looking for a place to hide 400 cases of gin, and Jimmy’s seldom-used Long Island beach house seems just the ticket. Hijinks ensue! The show features George and Ira Gershwin classics such as “Sweet and Lowdown,” “Someone to Watch Over Me,” and “Let’s Call the Whole
Thing Off.”