You are here: Home / Archives for Bronze Bear 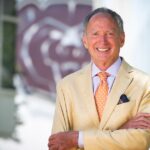 Missouri State University is saying thank you to the family that made the largest scholarships gift in school history. Missouri State will honor Tim Reynolds and Judith Enyeart Reynolds with the Bronze Bear Award at a fall 2021 commencement ceremony. “The Bronze Bear weighs 45 pounds, but Tim and Judy’s contributions to the university are worth their weight in gold,” … END_OF_DOCUMENT_TOKEN_TO_BE_REPLACED 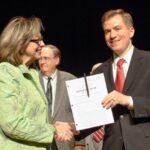 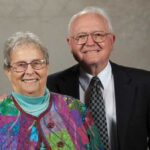 Former Missouri State President Arthur Mallory is the 15th recipient of the Bronze Bear, the highest nonacademic award from the University. Mallory, an MSU alumnus, became the fifth president of Missouri State University in 1964 and served until 1971. He was the youngest president in University history, beginning his tenure at age 31. He left the presidency to become the … END_OF_DOCUMENT_TOKEN_TO_BE_REPLACED