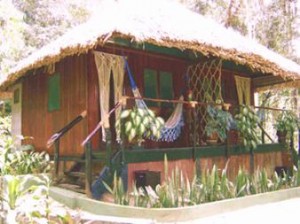 The group spent 10 days exploring the concept of ecotourism and multinational marketing issues. Specific studies were directed toward market trends of Brazil as an emerging market.  During the first few days of their trip the group stayed at a thatch-roofed Ecolodge in the middle of the Amazon rainforest where they fished the Amazon, toured a rainforest, met indigenous people and learned about their lifestyle.  Additionally they learned about the balance and biodiversity of the plants along with their historical and continued relevance to the pharmaceutical industry. 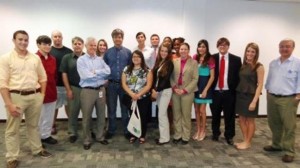 After a few days at the un-air conditioned Ecolodge, the group traveled to Rio de Janeiro where they had the chance to tour Gran Tierra Energy Inc., a large petroleum exploration and drilling company. Elsewhere, they met with the president of the World Petroleum Council, Renato Bertani, who spoke with the group on the state of the world’s energy situation. “It was an incredible honor to meet with the President of the World Petroleum Council.   He is one of the most influential persons in the world, but also very polite and down to earth.  It was surreal that he would even take time out of his busy schedule to meet with us.  He gave us plenty of great insights about the oil and gas industry in Brazil.   His presentation motivated me so much that I thought about switching my major!  It was definitely the highlight of my trip,” reported student participant Shelly Yang.

While in Rio, the group also had some time to do some sightseeing, visiting Ipanema Beach, Christ the Redeemer statue and Sugarloaf Mountain.

On one of the last nights in Rio, the group had a Samba lesson in one of the city’s neighborhoods.  “This was truly a once-in-lifetime experience for everyone who participated — from touring a major cooperation to surviving the Amazon, and then experiencing the different areas and culture of Brazil.  This is something I will never forget,” says Hermans. 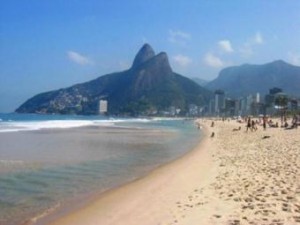 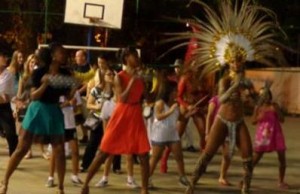