One of 10 regional competitions held across the United States, Chicago’s is the largest, with more than 60 teams competing. Thanks to their victory, the team now advances to the 2013 Enactus U.S. National Exposition, to be held May 21-23 in Kansas City.

“The students really came together as a team,” says Rowena Stone, team adviser and Sam Walton Fellow. “It was inspiring to see the team’s hard work pay off and to be there to celebrate with them in their accomplishment. I’m looking forward to seeing them do it again at the national competition.”

The Enactus team was also honored at the regional competition as an Enactus 4.0 Club member. This award recognizes the team’s projects from the prior school year based on the quality of educational programs, success in Enactus and long-term sustainability in enabling progress through entrepreneurial action.

MSU’s program is one of more than 500 nationwide. Students use business concepts to develop community outreach projects, transform lives and shape a more sustainable world.

We look forward to sharing more about this outstanding group of students after the team attends the national competition in Kansas City later this month. 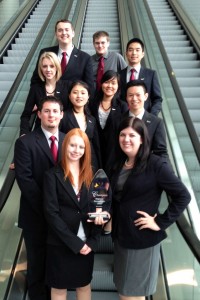 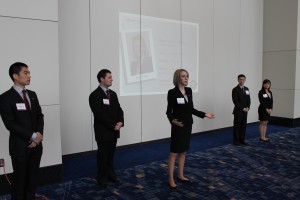