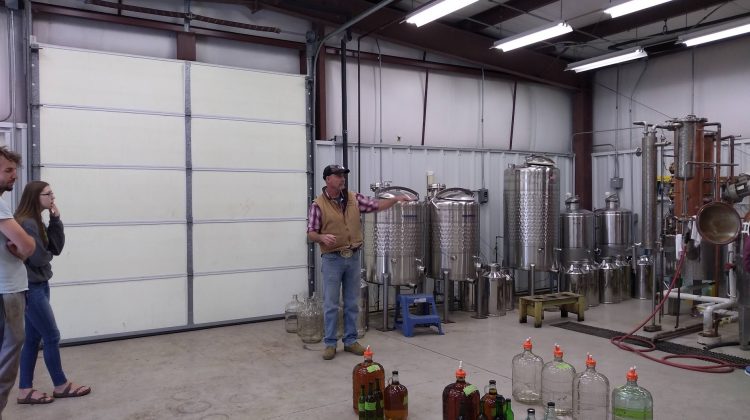 MSU Plant Science Lab Students visited the Fruit Station yesterday.  Jennifer presented an overview of the history and current research at the station. C. J.  gave a tour of the distillery and winery, then Jennifer and Cheri gave a tour of the plantings in the field and high tunnel. Thanks again to C. J. for a great tour and to Cheri for bringing the students to see the … END_OF_DOCUMENT_TOKEN_TO_BE_REPLACED 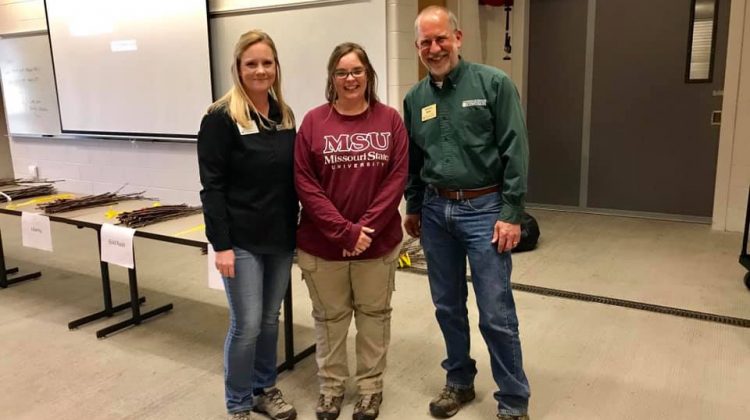 We had 65 people join us for the Apple Tree Grafting Workshop.  This collaboration with University of Missouri Extension provided attendees the opportunity to learn different grafting techniques and try their hand at chip budding Apple Trees.  Each person left with 2 grafted apple trees.  Thank you to those that took time to join us.  It is always fun to watch and learn new … END_OF_DOCUMENT_TOKEN_TO_BE_REPLACED 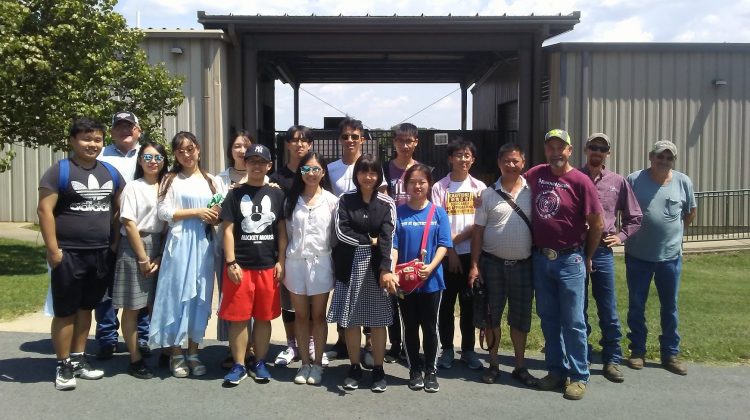 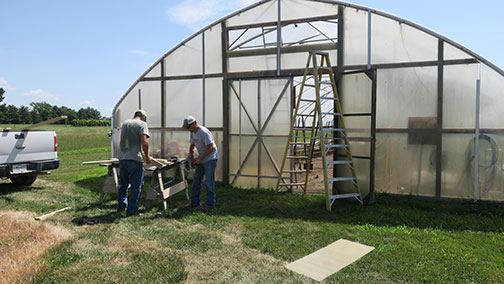 Randy, Jeremy and Tom built vents in the upper part of the high tunnel end walls to let heat escape and hopefully cool the high tunnel in summer. They will make an insert to close the vent that will be hinged to the bottom of the opening. … END_OF_DOCUMENT_TOKEN_TO_BE_REPLACED 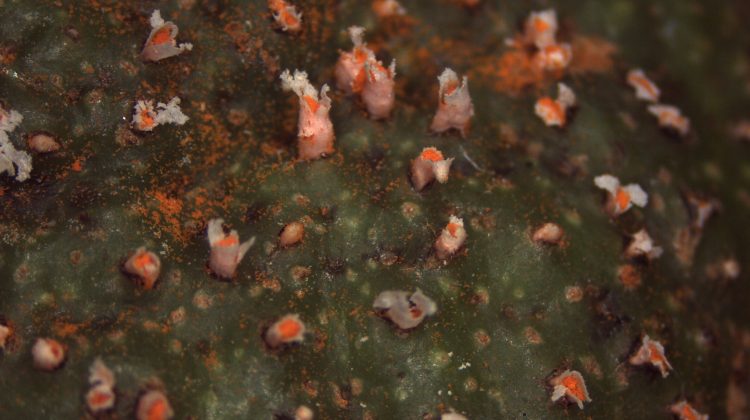 While the crew was thinning the pears today, Randy detected something wrong with some of the fruit.  The fruit had something orange and white growing on it.  With further research and inspection it appears to be a rust disease.  Quince rust is a common disease in European and Asian Pears, but without laboratory testing we can not say which rust disease this is. Rust is a fungal … END_OF_DOCUMENT_TOKEN_TO_BE_REPLACED