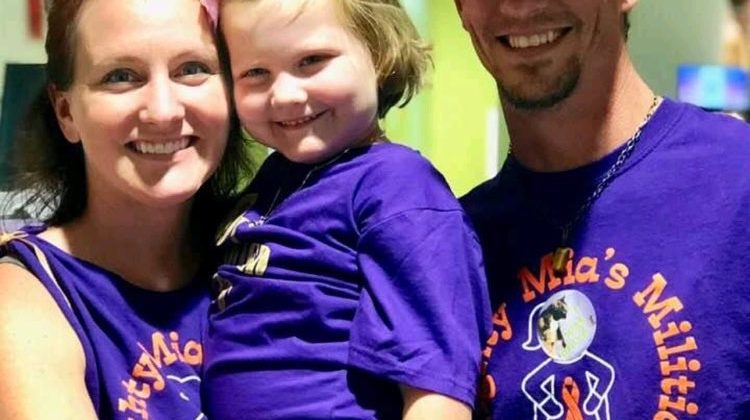 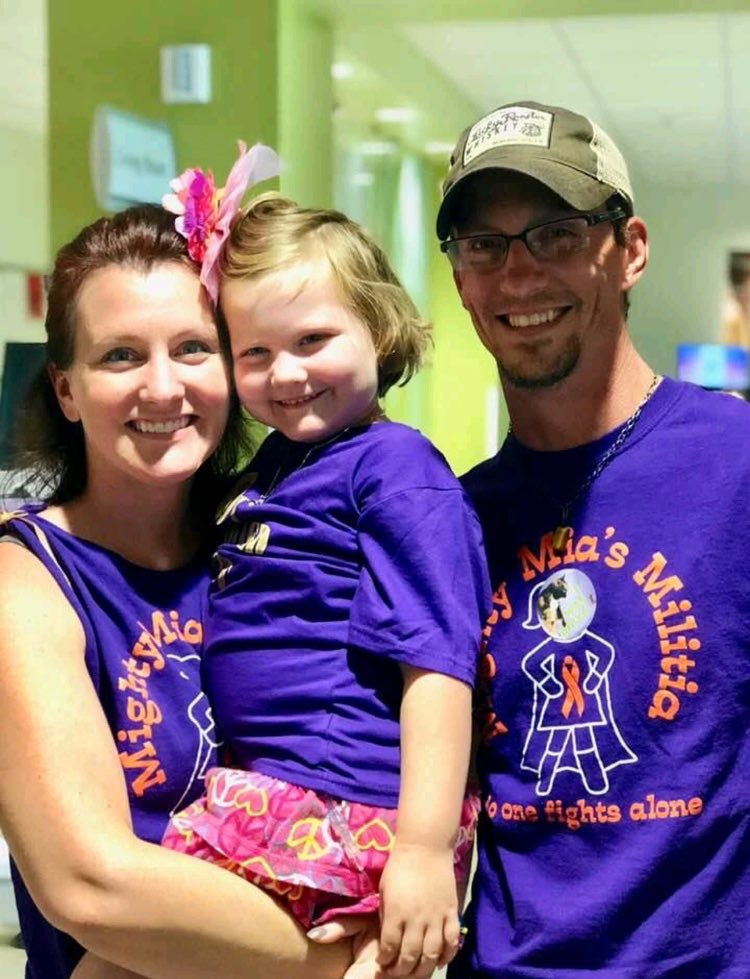 Every fall, Alpha Chi Omega and Phi Gamma Delta (FIJI) team up to co-host a BBQ for the Make-A-Wish Foundation. Each year, they sponsor a child and this year it was five year old Emelia. Emelia was diagnosed with Acute Lymphobastic Leukemia (ALL). Over the last two years, Mia has undergone 55 transfusions, 24 spinal taps, liver failure, and multiple hospital stays lasting up to a month. The event took place on September 18th, and with sweet Mia and her family in attendance, there was fun to be had by all!

This year’s goal was to raise $10,000, and through family and friend donations, the 700+ community members showing up to the BBQ, and fun challenges leading up to the day of the BBQ, Alpha Chi Omega and FIJI hit their goal on the dot! As the years progress, the Make-A-Wish challenges just get wackier and wackier. This year, the hosts from each chapter had a little fun challenging one another… Alpha Chi Omega’s VP Philanthropy, Katie Hansen, wore a suit to class for $100 donation, Logan Pieski of FIJI wore a dress around campus for $130. Other chapter members had quite the fun too. FIJI Austin Huels pledged to donate $50 if Alpha Chi’s Dzana Sarajlija went on a date with him (and for those curious, she did say yes)! Tate Vickers (FIJI) said yes to getting frosted tips for $100 and Maria Hufford was challenged by Preston Padgett to wear a hot pink wig for her composite picture for $30. The challenges concluded with chapter presidents, Alyson Van Winkle and Brock Fuemmeler sliding down a slip in slide full of condiments in the middle of campus for $100! 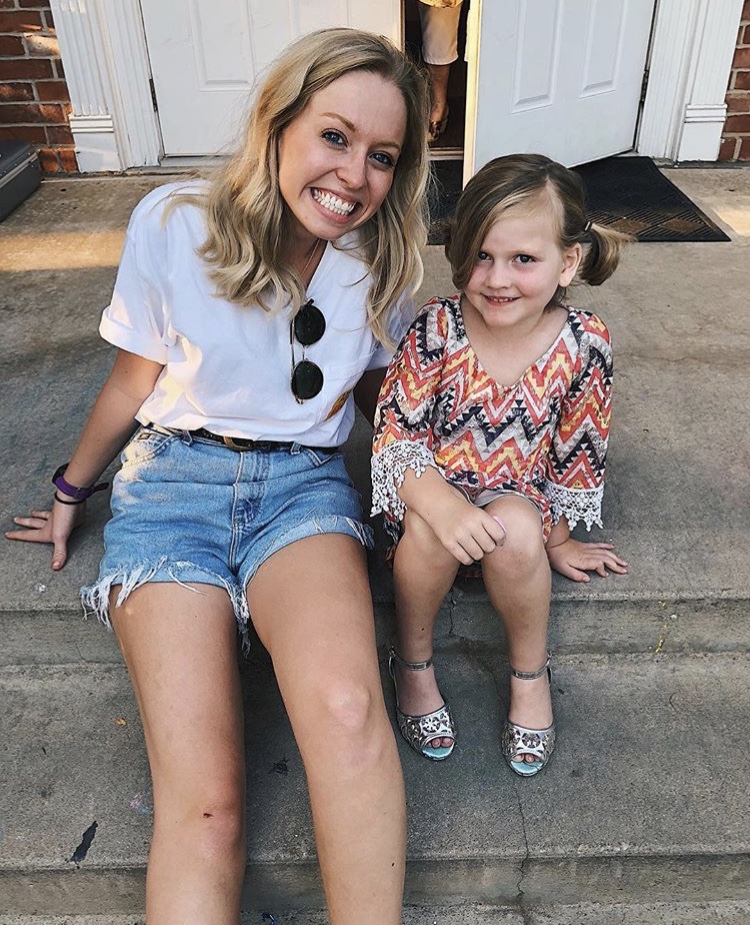 Alpha Chi Omega’s VP Philanthropy, Katie Hansen, said, “this is the event I have been waiting my whole term as VP Philanthropy to plan. Going into the pediatric healthcare field, I have a passion for Make-A-Wish and what it stands for. It was incredible getting to work with the company directly while getting to know Emelia and her family and their story. Seeing them tear up leaving the event in gratitude made all the stress and hard work from the last few months so incredibly worth it.” When asked what her favorite part of the event was, Katie said, “hands down hanging out with Mia! She took me by surprised and was so bold in getting to know all the people who came out to support her! We drew with chalk for quite some time, she enjoyed a few servings of ice cream, and even followed me around our sorority house to get a tour and meet all the girls! Hearing her giggle and play with Morris, our house dog, was so precious.” 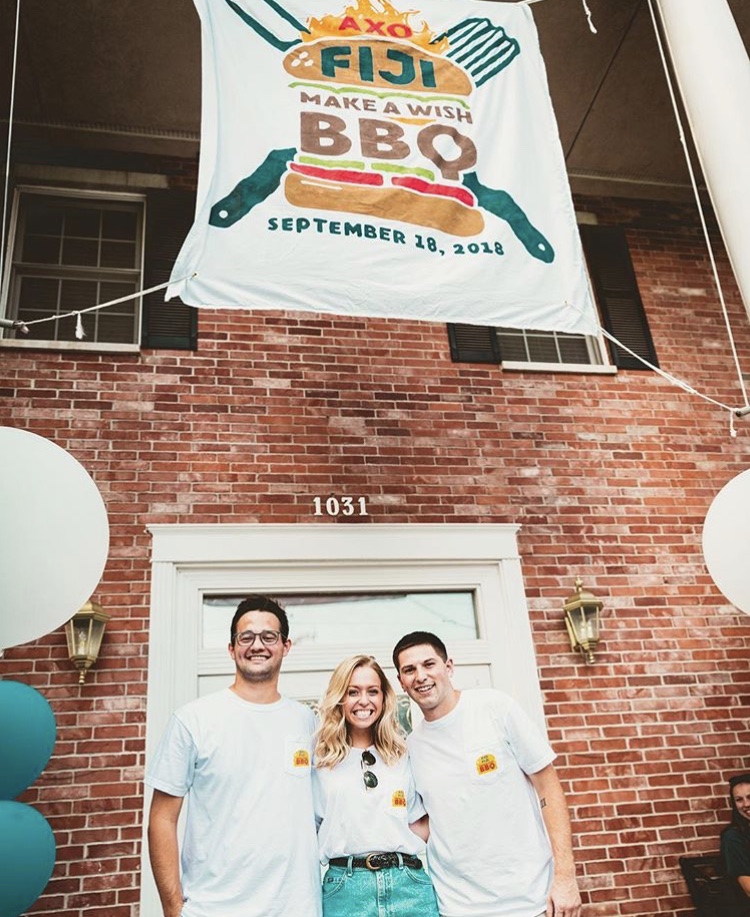 FIJI’s Philanthropy Chair, Logan Pieski, added that his favorite part was meeting Emelia as well. “Her personality was contagious. She is a fighter. No one should have to go through cancer especially a five year old.  She has been through way more than the normal person and it doesn’t faze her. She is a person people can look up to and realize that they can overcome anything.” Logan concluded saying “Alpha Chi Omega and Phi Gamma Delta’s Make-A-Wish BBQ is a success because of who we have in our chapters. We have the go getters [that] want to get the job done. We don’t do this for ourselves, but to help out others. Katie Hansen was an incredible person to work with. She kept me on my toes and pushed me to get the job done. Ultimately, this was a success because we touched the life of Emelia, and I got to work with the best sorority on campus. This is a win-win in my book.”

Seeing the impact of these types of events on our campus and within our Fraternity and Sorority Life is incredible. Congratulations to Alpha Chi Omega and Phi Gamma Delta on another successful Make-A-Wish BBQ. We already can’t wait until next year! 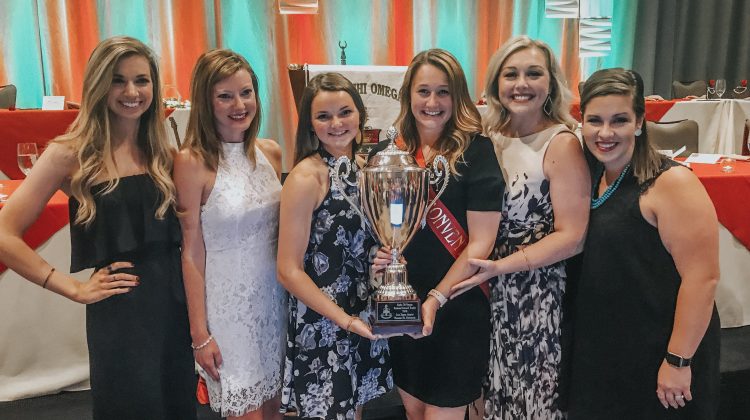 Many fraternities and sororities in our community had the opportunity to attend their chapter’s National Conventions over the summer. Conventions serve as a time for members of each individual organization to gather and connect with brothers and sisters from all around the nation, as well as celebrate accomplishments of their organization from the year. Four Missouri State Fraternities and Sororities were honored this summer for their hard work and dedication to their organization.

Alpha Chi Omega was awarded three awards during their convention in Austin, Texas. They were first awarded Seeking the Heights: Recruitment. This award specifically recognizes chapters achieving and excelling in the area of recruitment. Junior Molly Shannon, was named the Amy Dubois Reith Emerging Leader. As a recipient of this award, she proved great potential to serve her chapter, her campus and/or her community– and is already taking steps to actively participate. They also celebrated receiving the highest honor in Alpha Chi Omega, the National Council Trophy–granted to the chapter that displayed the most significant achievements in chapter management, member support and development.

As Alpha Sigma Alpha marked their 50th National Conference, they celebrated their achievement of being a Four Star chapter. This award established in 1985, annually recognizes Alpha Sigma Alpha’s collegiate chapters that uphold the high ideals of the sorority in the areas of membership, academic excellence, finances, membership education, chapter operations, service and giving, national meetings, ritual, organization image, national bylaws, policies and procedures, advisory board and alumnae involvement. Additionally, they were recognized for their chapter giving, exceeding $3,000 and becoming a part of the Chairman’s Circle.

Phi Gamma Delta, frequently refereed to as FIJI, attended their 170th Ekklesia Meeting. It was there that their chapter was awarded the John Templeton McCarty Proficiency Award, recognizing chapters that demonstrate efficiency in operations, maintain strong financial stability, adhere to Fraternity laws and promote high standards of Phi Gamma Delta. They also received the Academic Achievement Award, awarded for achieving a chapter grade point average higher than the all men’s average.

Pi Kappa Alpha received a multitude of awards at their 150th Anniversary Convention! They were presented with the Raymond L. Orians Excellence Award, honoring the Zeta Chi chapter for being the top 20% of all Pi Kappa Alpha chapters determined by the consultant analysis and chapter statistics. They reached the PIKE University 25 Man Commitment by having sent over twenty five chapter members to Pike University events, which is a series of educational events and speakers in a convention setting with other chapters across the country. This award signifies a chapters commitment to furthering the leadership skills of members. Among those awards was also the Chapter Programming Award: Public Relations, 100 Man Chapter, Work Day Award, Alumni Advisory Board of the Year, and Alumni Association of the Year.

Congratulations to these chapters on very well deserved awards. We are so proud of all of our chapters and their commitment within their organization, our campus, and our community! 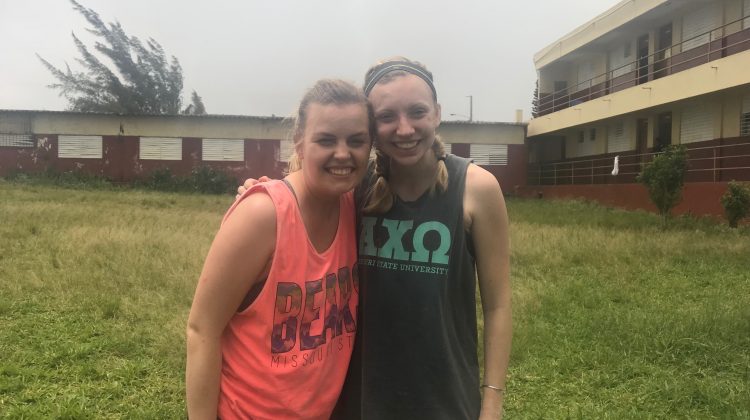 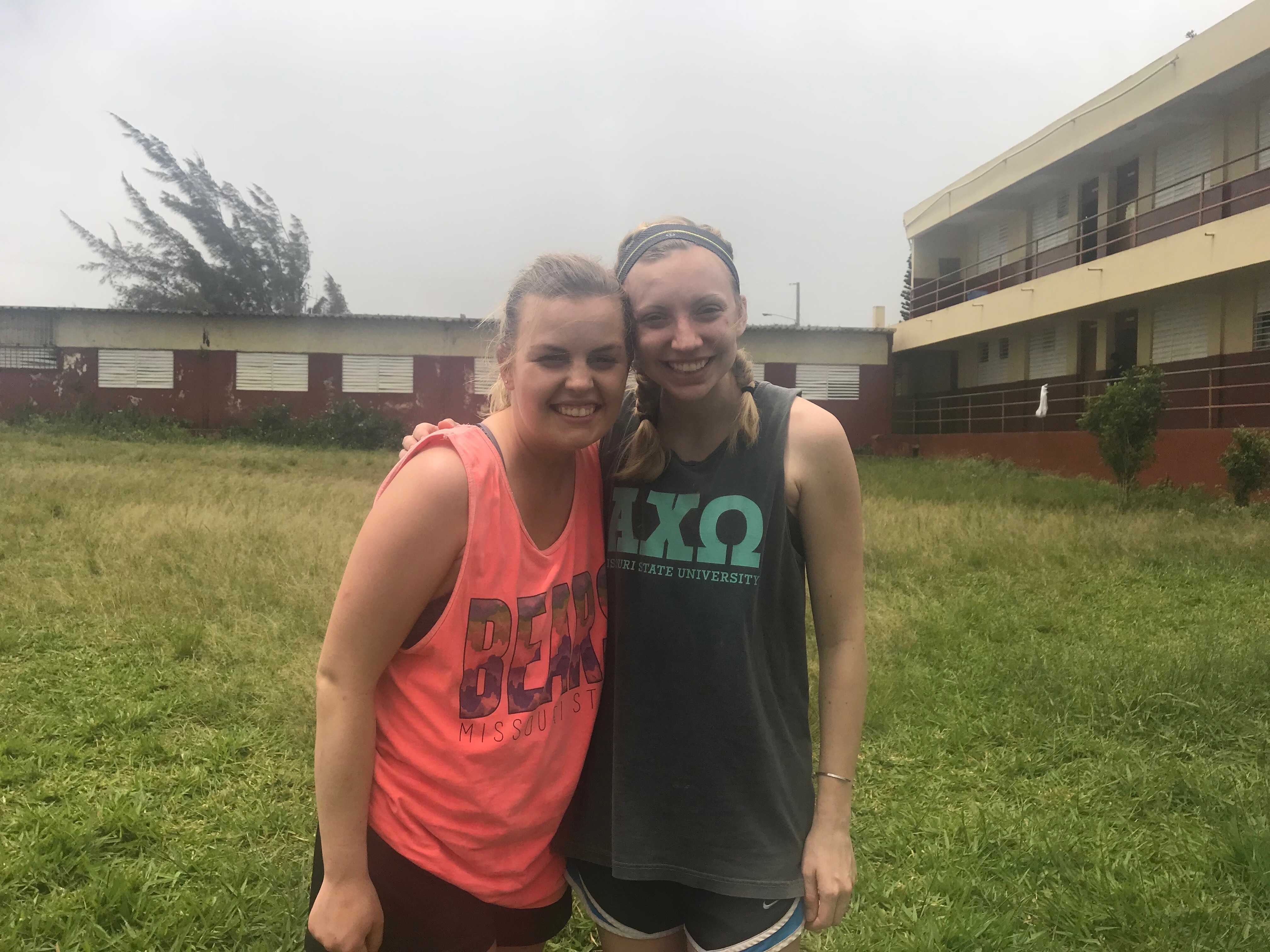 Over the Summer, two members from Alpha Chi Omega, Sydney Kohm and Kyra Treible, were chosen to participate in an extraordinary experience called the Global Service Initiative. This amazing opportunity provides direct service into a Jamaican community all while using the values and principles of Alpha Chi Omega, making it a truly unique experience. 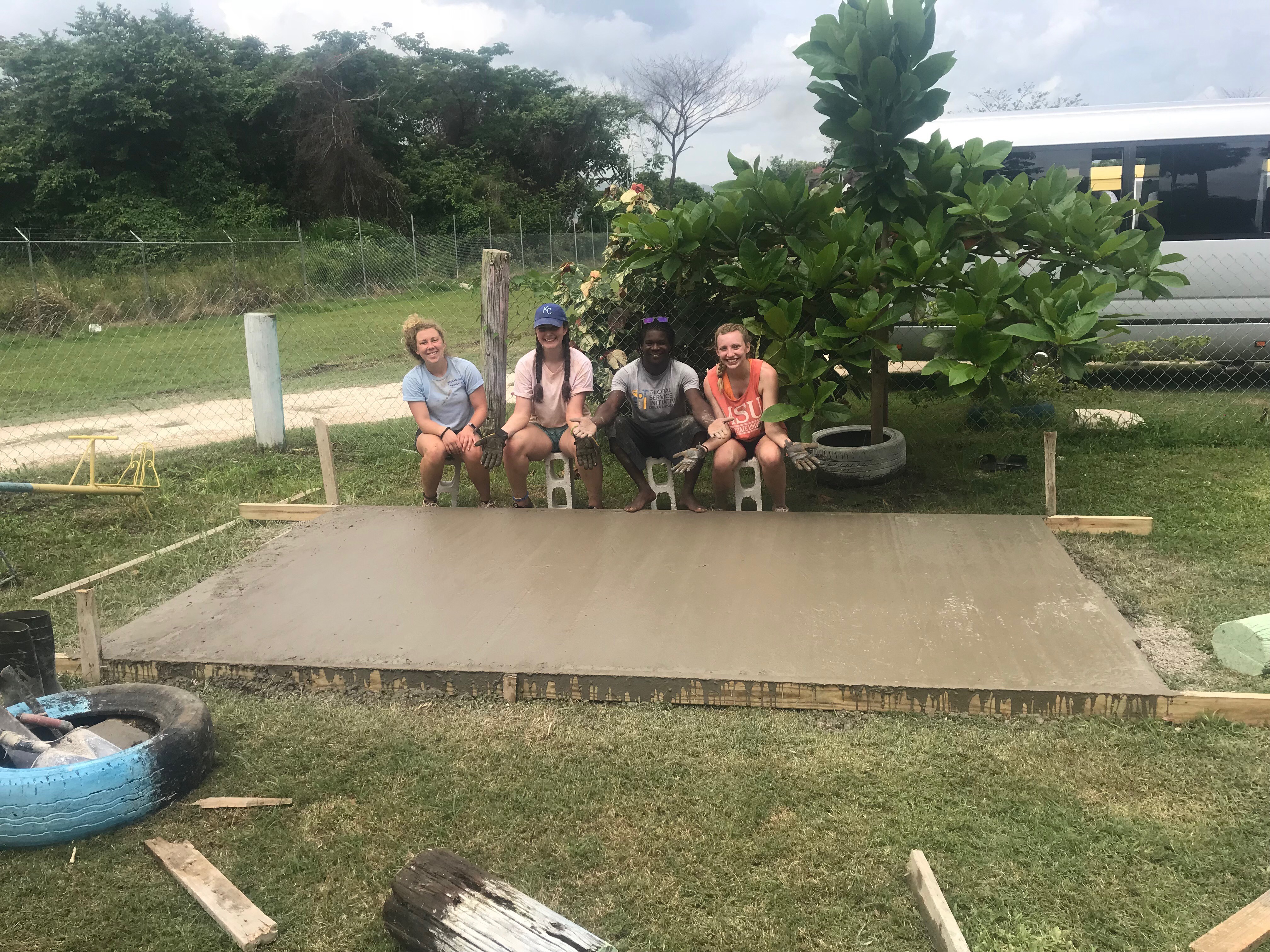 Kyra details her experience saying, “the Alpha Chi Omega Global Service Initiative is a program that allows 36 collegiate members, chosen from Alpha Chi Omega chapters across the nation, to travel to Jamaica in order to serve the local communities. This year we worked hard to build an addition to a local elementary school in Negril, giving the students a clean space to eat lunch and the school the ability to welcome more students through its doors. We also built fencing around a new sports field for a middle school in Treasure Beach, which allowed the students to have a safe place to play during school breaks or practice with their sports teams!” 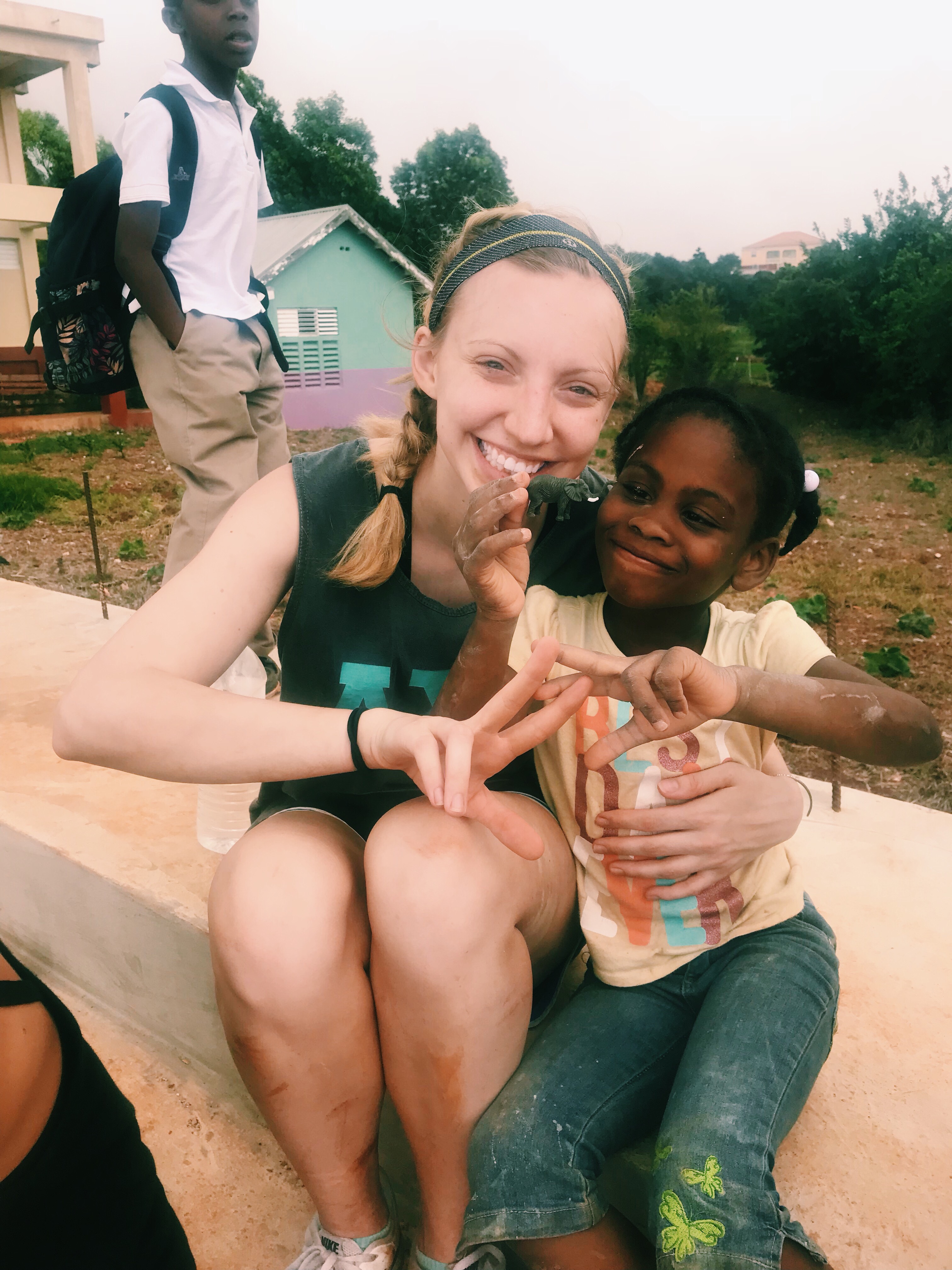 Aside from learning valuable skills and meeting sisters across the nation, Kyra explains that she also felt immense amount of personal growth from this opportunity saying, “I learned how to truly serve those who live differently than I do. Just throughout the one week I spent learning their culture, I struggled through the lack of power tools, the difficulty of finding clean drinking water, and the limited access to electricity. However, the people of Jamaica live some of the fullest, and happiest lives I have been able to witness. Even though they don’t have things that would seem a given or a no-brainer for us living in the U.S., they are grateful for the things they do have and the people they get to share it with.”

We are so proud of these two real strong women and their devotion to their chapters, our community, and serving others. They truly exemplify being #LeadersInLetters! 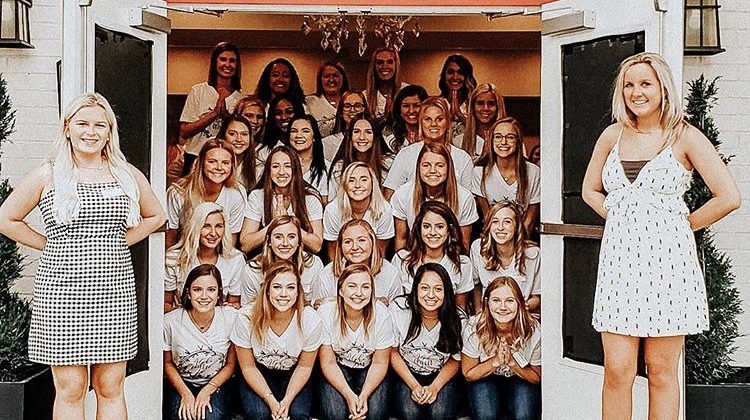 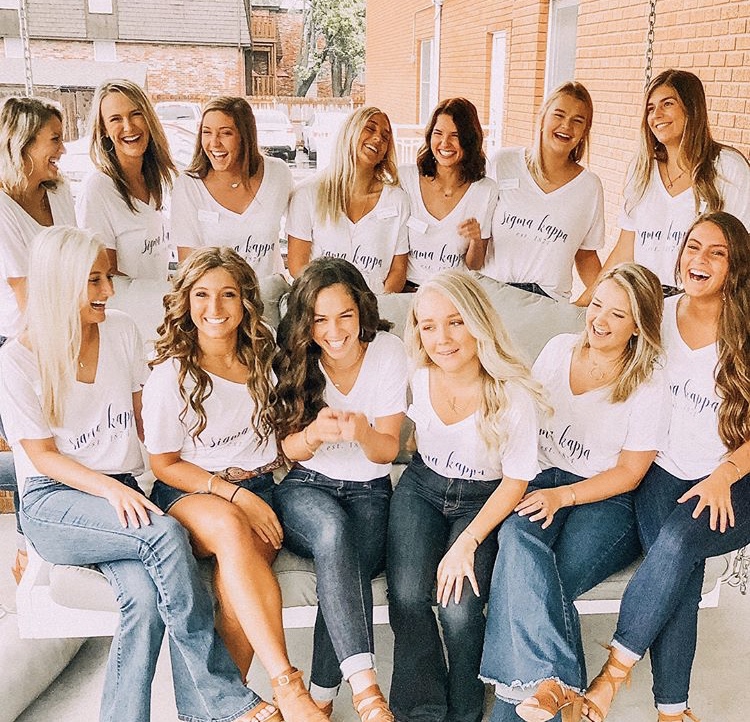 With the start of a new school year, comes the start of an abundance of opportunities to get involved here at Missouri State University. Over the weekend of August 23rd through the 26th, 633 women found their outlet to get involved within Panhellenic sorority life. The formal recruitment process happens every August and entails getting to meet the women of our eight Panhellenic sororities through a four day mutual selection process. 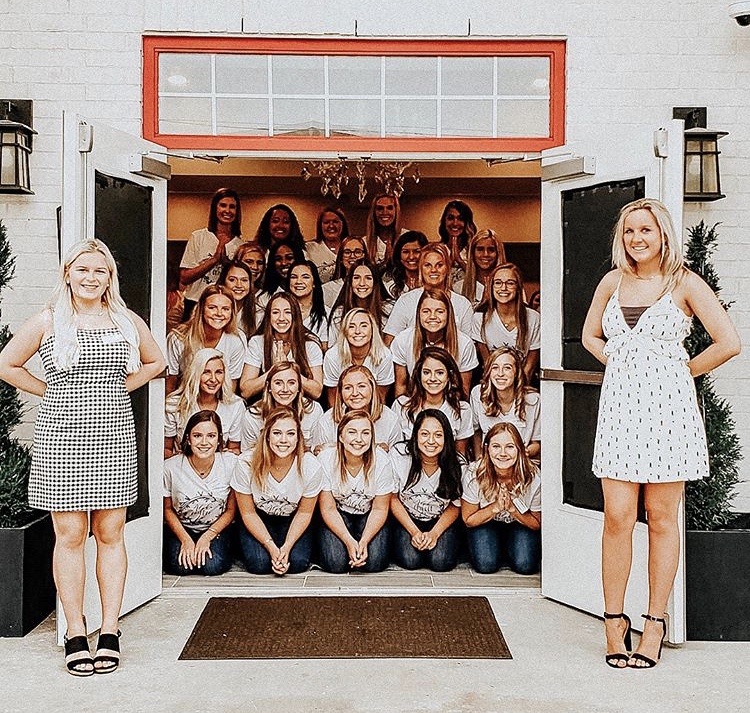 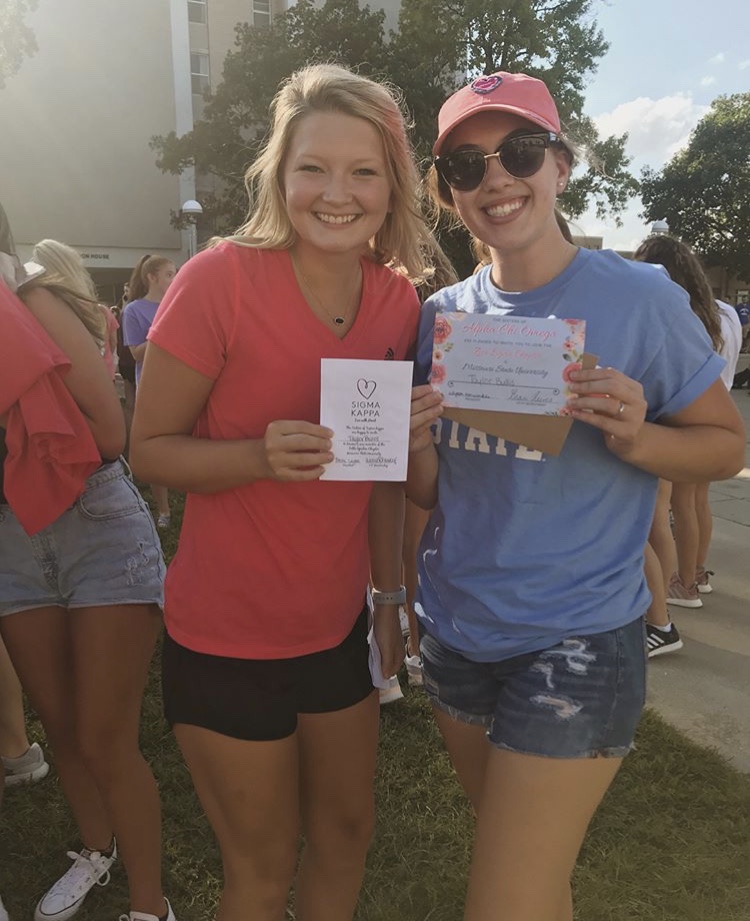 The Monday following recruitment is bid day! Bid day is the day when potential new members receive bids to join a chapter and officially become a new member of a sorority. All the women going through Panhellenic recruitment join together on the North Mall outside of Plaster Student Union. Missouri State staff, professors, administrators and fraternities all come together to show support for these women and cheer them on as they run to their new homes!

We are so excited for all 633 women who found their homes that weekend! Our local sorority, Xi Omicron Iota will be holding their fall recruitment September 4th through the 8th. We look forward to see even more women find a place within our growing community. 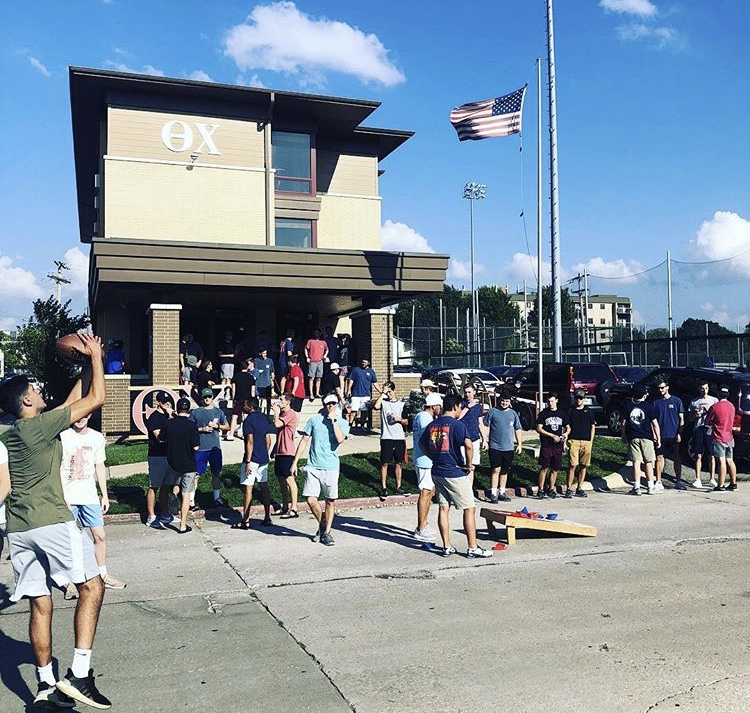 While our sororities are growing, so are our fraternities on campus. With 19 recognized chapters on our campus, there were a multitude of recruitment events for potential new members to attend. Some of those events included things like open houses, playing various sports, and service projects. Our IFC fraternities have welcomed over 530 new members in the two weeks that their recruitment happened. 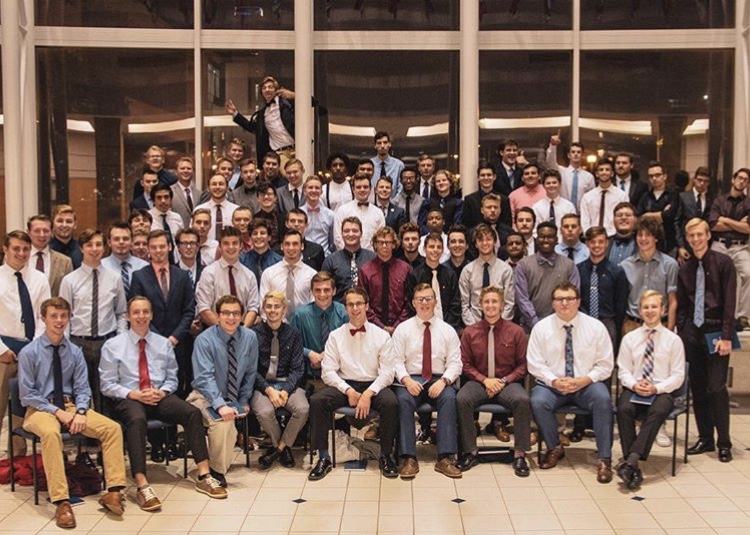