“There has to be something better than this cotton field.”

Peggy Gilbert grew up in a rural Louisiana town where cotton was king– so much so that schools dismissed at noon to allow kids to participate in the harvest.

As a curious four-year-old, Peggy insisted on following her seven older siblings into the field, thinking she’d play there. She learned that picking cotton is brutally hard work and found herself covered with cuts and scratches from the cotton bolls. Right then, Peggy knew she wanted a different kind of life.

Through an aunt in St. Louis, Peggy glimpsed that different life. She discovered a passion for books and music and – most of all – learning. She earned her degree, planning to make her mark in business or industry.

Instead she found herself on the Gulf coast, trying to convince a school principal that she didn’t need to create 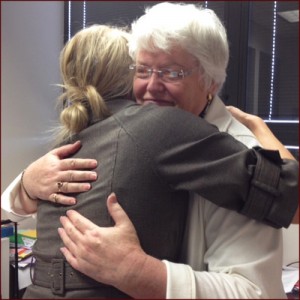 lesson plans in order to teach. “I’d never even taken an education course,” Peggy said. “I didn’t know the first thing about writing a lesson plan.”

So she negotiated. “I told him, ‘If you don’t make me do those lesson plans, I won’t miss any classes.’ And I didn’t.”

“I was in the principal’s office more than the kids were.”

Overcoming the suspicion in her recently integrated sixth-grade classroom was another task. Peggy knew the kids saw her as an outsider, distinctly other. At six feet, she was nicknamed “the giant of the North” by her slightly-built students, many of whom claimed ancestry from Jean Lafitte’s band of diminutive pirates. “But I just said to them, ‘If you respect me, I will respect you.’ And once they understood I was for real, they accepted me.”

Peggy proved to be an unconventional teacher. She taught the kids how to play tennis, and she talked to them about character– even standing up to a colleague who unfairly accused her student of being disrespectful. Within a month, she knew she had found her calling. “Teaching gave me so much pleasure, so much energy that I knew it was what I wanted to do with my life.”

Missouri State got the benefit of that calling when Peggy joined the marketing faculty in 1970. Now, Peggy has a hard time believing she’s been at the University for 44 years. She recently dropped off her retirement paperwork in Carrington Hall, the site of her original office. “I was overwhelmed emotionally,” she said.

“You’ve got to have passion to improve your lot in life.” 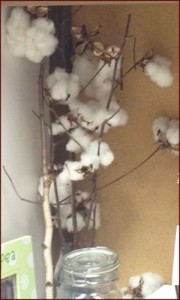 Peggy’s tenure at Missouri State includes hundreds of consumer science classes, thousands of students and a victory over cancer. During her chemotherapy, Peggy never missed a class, and she credits teaching with helping her survive the ordeal. “I felt so rotten from the chemo,” she said, “but that flow of energy in the classroom sustained me. If I hadn’t had that energy coming from the students, I probably would have curled up and never gotten out of bed.”

When asked to identify the most important quality in students, Peggy quickly answered, “The desire to learn. It can’t be somebody else’s idea. It can’t be what someone else wants for you; you’ve got to have the passion. That’s why I keep that here,” she said, indicating a stalk of cotton on her desk. “I knew there was something better than that cotton field. Education led me to it.”

Over the course of her career, Peggy Gilbert has received numerous accolades, most recently the Faculty Excellence in Community Service Award. She will retire from Missouri State in August 2014.