The Web Accessibility Summit is a one-day conference that is focused on website accessibility. If you are a website or social media content contributor on campus, this conference will be beneficial to you.

The schedule is packed with digital accessibility sessions, including the following:

Support will be offered for Ally in January 2019.

Please know that as the University continues to implement Ally there is not an expectation that faculty will immediately be able to address all of the issues identified by the Ally product; however, your willingness is appreciated to engage with Ally with the goal of increasing the University’s overall accessibility over time.

Support will be offered for Ally in January 2019.

Please know that as the University continues to implement Ally there is not an expectation that faculty will immediately be able to address all of the issues identified by the Ally product; however, your willingness is appreciated to engage with Ally with the goal of increasing the University’s overall accessibility over time.

“Imagine you’re making a pie,” Dr. Telory Arendell says. “You make the crust, put the filling inside and put the crust on top. Then you go around the top and shave off the part that’s extra, the part you don’t need.”

But why do you think you don’t need it? Maybe only because you’ve been told it’s not part of the pie.

“For me, that ‘extra’ is what’s actually most important, even though many people would throw it away,” Arendell says. And she isn’t really talking about pie.

Arendell, associate professor in the department of theatre and dance, uses this metaphor to describe her favorite theatrical experiences – moments that surprise the audience because they don’t quite fit our expectations of a night at the theatre.

“When I write about movement on stage, I try to recreate the action with words that dance.” — Dr. Telory Arendell

“Performance art, experimental theatre, what was called ‘happenings’ back in the ’60s,” Arendell says. “I love that stuff.”

Audiences sometimes worry that without the familiar rhythms of the theatre, without clear heroes and villains and the promise of a resolution by final curtain, it will be hard to understand what’s happening on stage.

But, Arendell says, “You understand it in a different way. Sometimes you know fully that what’s most important isn’t what’s being said, but what’s happening between the lines. That’s my space: what happens between the lines.”

Arendell draws inspiration from experimental artists like German choreographer Pina Bausch, who is the subject of her next book.

“Pina Bausch was wild,” Arendell says. “She took highly technically trained dancers and put them on stage and had them do movement, such as stumbling, that wasn’t technical at all.”

And, according to Arendell, subverting the audience’s expectations was the point. “She was so conscious of what was expected, and then put up something completely different. It was a critique of what people like to call ‘high art.’”

In many ways, such performances, which don’t conform to expectations, connect with another of Arendell’s research areas: disability studies.

Someone who is living with a disability may experience the minutiae of day-to-day life in ways that are profoundly different from the majority of the population. When performers are free to venture outside expected theatrical norms, they can shift the perspective of audience members who don’t have personal experiences of disability.

Arendell has explored this connection in two books: “Performing Disability: Staging the Actual” and “The Autistic Stage: How Cognitive Disability Changed 20th Century Performance.” Her perspective is grounded in the idea that disability should be viewed as a “facilitating rather than a debilitating experience.”

As she puts it in her writing: “We become richer each time we come to understand these new perspectives, and performance powerfully enables our understanding of them.”

“Even off the stage, in life, people move in space in ways that tell stories. It’s a message that’s communicated with the body.” — Dr. Telory Arendell

For example, imagine watching a play you’ve seen before. But this time, it’s in a language you don’t understand. You could rely on your memory of the story, gleaning additional meaning from performers’ body language and tone. This is not unlike the way someone with nonverbal autism might piece together information that’s delivered through words they find incomprehensible.

Or, another example: imagine a performance where actors contend with props, sets and furniture that are either much too small or much too large – all while trying to perform the play as it was written. This might offer a glimpse of how someone with a physical disability navigates spaces that were designed with only one type of physicality in mind.

And these are just a few instances of how experimental performances, the “wild stuff” Arendell loves, provide opportunities to broaden perspectives. Theatre, she believes, is an ideal place to showcase disability as something other than a deficit. It can instead be considered an “extraordinary experience.” Literally, “beyond the ordinary.”

In “Autistic Stage” she writes, “My own work explores how the performing arts have embraced autism as a set of new perspectives that change the way audiences conceive of space, time, personhood, embodiment, communication, and stage or film imagery.”

Arendell brings this research into her teaching. In addition to working closely with the disability studies program, she challenges her theatre students to think about their work in radically different ways.

“My class ‘Scripting and Performing’ brings in students who have never done performance art or experimental work,” she says. It offers them the chance to re-envision the scope of their talents.

Returning to the pie metaphor, Arendell says, “Their impulse is to scrape along the edges of the pie tin. I pick up the edges that are set to be thrown away and say, ‘This is the heart of what you’re doing. This is where your story lies, where you’re not trying to fix yourself so you’ll fit into an established category. I say, ’This can be your category.’” 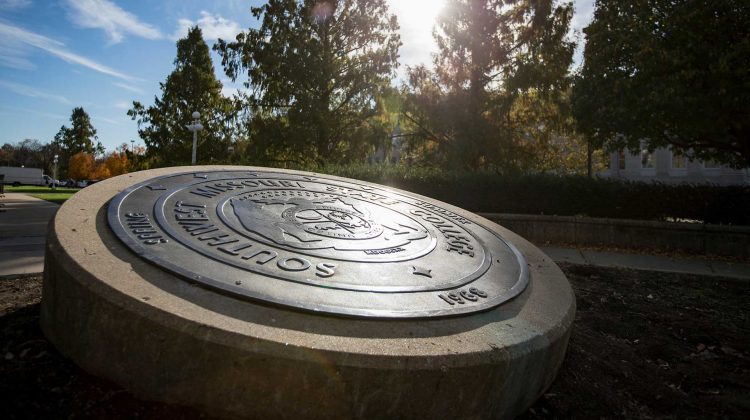 The President’s Council on Disability meets monthly. Below are updates from our recent meetings.

In an effort to better address recent developments in the national landscape in the areas of accessibility and enforcement, the President’s Council on Disability was restructured in September 2017. The new council serves as a centralized committee designed to monitor overall accessibility and compliance. The council is comprised of subject matter experts in relevant areas who serve as champions for accessibility in each of their respective areas. The council presently meets monthly and will continually evaluate, identify risks and priorities and make recommendations. To review the council’s revised mission and member list, please access the University Committee Handbook description.

The Disability Resource Center, web and new media, and the office for institutional equity and compliance sponsored an employee group ticket to the 2017 Association on Higher Education and Disability (AHEAD) Accessing Higher Ground Virtual Conference. Staff and faculty members who are interested in information about viewing select webinars are invited to email their contact information to Sara Clark, director of web and new media.

On Feb. 1, 2018, the university rolled out its new accessibility website. The website was developed to serve as a central repository of accessibility information for campus members and visitors. From parking lot closures and building notifications to accommodations and faculty resources, this website will serve as a one-stop place to get accessibility information. Use the website sections Using Campus Resources, Advancing Accessibility and Policies and Guidelines to explore the new website. If you know of accessibility-related information that is not included on the website, please contact Melissa Berry, director of institutional equity and compliance, or contact Sara Clark, director of web and new media.

To improve customer service for students and faculty, the Disability Resource Center and the Testing Center have expanded testing hours. The expanded hours provide students who utilize exam accommodations greater flexibility to take their exams later in the day, at the same time as their class, and when they have Saturday Finals. For more information, please contact the Disability Resource Center.

Notice a barrier on campus related to accessibility? The university has a new mechanism by which to report accessibility concerns. The new Report an Accessibility Issue online form is housed on the accessibility website.