You are here: Home / Archives for buildings 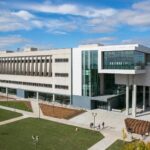 In May 2015, the Missouri legislature approved a bonding package that opened up millions of dollars for repairs and maintenance on state buildings. This included facilities used for higher education. That state funding — combined with generous support from private donors and university reserves — allowed us to plan for upgrades. We could now pursue renovations for two … END_OF_DOCUMENT_TOKEN_TO_BE_REPLACED 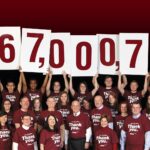 Your support means new buildings, scholarships, faculty positions Our Promise started with a silent phase in 2005, and was publically announced Aug. 28, 2009. By that time, the Missouri State University Foundation had raised ,934,531 toward its original goal. Since the campaign launch, the Missouri State University Foundation has received 16 gifts greater than million, 34 … END_OF_DOCUMENT_TOKEN_TO_BE_REPLACED