You are here: Home / Archives for College of Humanities and Public Affairs 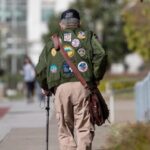 Although the interests of Native Americans have often not been protected, these native people have fought on behalf of the U.S. military in every major war. Being from a military family himself, and growing up around powwows, Dr. William Meadows became interested in the military experience of indigenous people very early in his career. Meadows, professor of anthropology and … END_OF_DOCUMENT_TOKEN_TO_BE_REPLACED 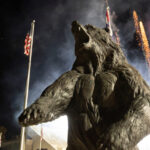 Have you ever looked at the night sky and noticed that it didn’t appear dark? That in fact, the sky which should be inky black was instead a dull gray or hazy blue? Have you tried to stargaze and been unable to see any celestial bodies at all? Dr. David Mitchell, economics professor at Missouri State University, explains light pollution. “It’s obtrusive or unwanted … END_OF_DOCUMENT_TOKEN_TO_BE_REPLACED 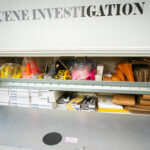 An online criminal justice master’s degree can open doors to leadership positions and specialized career paths where you can keep the public safe and make a positive impact on the justice system. Dr. Brett Garland, department head of criminology at Missouri State University, answers a few questions about online master’s degrees in this field on Online Master’s … END_OF_DOCUMENT_TOKEN_TO_BE_REPLACED 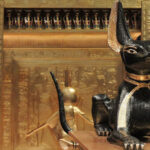 In ancient Egypt, cats were initially adopted as useful predators and gradually became symbols of divinity and protection. How and why did these animals gain their important role? Dr. Julia Troche, Egyptologist and assistant professor of history at Missouri State University, offers some insights to History.com. … END_OF_DOCUMENT_TOKEN_TO_BE_REPLACED 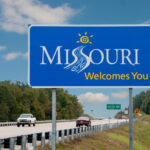 In celebration of Missouri’s 2021 bicentennial anniversary, Ozarks Public Television, in partnership with other Public Television Association of Missouri stations, announces the broadcast premiere of “Missouri! A Bicentennial Celebration.”   The show will premiere at 8 p.m. Aug. 12.   “I believe everyone can find tidbits of history and knowledge in the documentary that will … END_OF_DOCUMENT_TOKEN_TO_BE_REPLACED