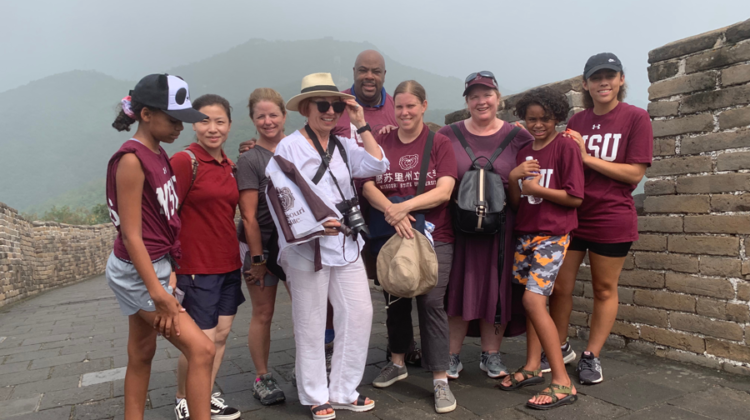 “This experience was a highlight of my teaching career,” Michelle Satterfield said. “Learning another’s perspective fundamentally changes you as a person and moves you towards the best version of yourself.”

Satterfield and Rhonda Bishop, clinical instructors for the department of childhood education and family studies, traveled to Xi’an, China to be guest instructors at Shaanxi Normal University’s International Summer School.

The International Summer School was two weeks long with two-hour sessions each weekday.

Bishop taught a course on community and school partnerships, discussing how schools and communities can work together.

“A lot of the learning focused on the similarities and differences between American and Chinese school systems,” Bishop said.

Satterfield taught a course called The United States’ Role in the Global Classroom. It was her second Summer Institute visit.

Bishop spoke more in-depth about her experience teaching a classroom of students whose native language was not English.

“There were definitely language barriers,” she said. “It made me realize how students of any age who come to the United States who do not speak English as their first language must feel. It was an eye-opening experience, and it helped me evaluate my teaching practice.”

However, the language barriers didn’t prevent Bishop and Satterfield from forming great relationships with the students they taught.

Breaking down barriers and building relationships

“The people of Xi’an are so eager to show their city,” Satterfield said. “One of the most interesting parts of the experience was meeting the very generous people of Xi’an.”

“Absolutely connecting with the students who took my course was the most important part of the experience,” Bishop said. “The students at Shaanxi Normal University are kind, gracious and extremely welcoming.” ‘

From teaching it to living it

One of the most exciting parts of the trip for Satterfield was being able to live in the culture she had taught about for years.

“I taught middle school social studies for many years, and we learned about Ancient Chinese history,” Satterfield said. “It was really wonderful to experience the history, the geography and the people of China after teaching about it for so many years.”

She shared a little about their travels.

“We visited historical sites such as the Qin Dynasty’s Terra Cotta Warriors, the City Wall, and the Winter Palance in Xi’an,” Satterfield said. “We also spent some time in Beijing before returning to Springfield. We visited the Great Wall, the Forbidden City, and the Summer Palace.”

“I encourage others to spread your wings and teach abroad,” Satterfield said.

“This experience moved me out of my comfort zone, and I believe this teaching experience helps me view the curriculum I teach through a different lens,” Bishop said. “I know the experience changed me for the better.

“Being selected to go abroad and to have the opportunity to share topics you are passionate about with another culture is an impacting experience,” Bishop said. 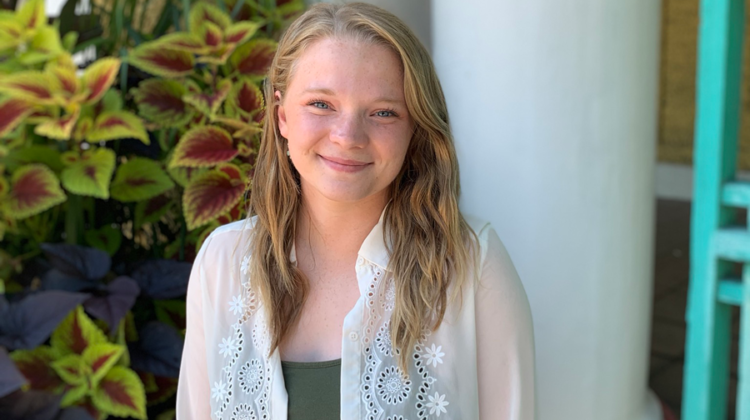 “No matter what someone has going on, we wanted people to know that it’s okay to not be okay.”

Emily Haarmann is a senior elementary education major and is the former vice president of the student organization Active Minds.

“Active Minds is an organization whose main goal is to simply start the conversation about mental health,” Haarmann said.

During Haarmann’s sophomore year, she and her best friend, Molly Mullen, were looking for an organization to join on campus. They wanted an organization they were passionate about and could relate to.

“Molly and I both went through pretty significant events in our lives, and we both knew mental health was so important to us,” Haarmann said. “We started attending meetings and grew to really appreciate them. I could tell what it did for my own mental health.”

After encouragement from the Active Minds group, Haarmann began to take advantage of the Counseling Center and prioritize her own mental health.

However, Active Minds hit a bump in the road when it was announced the organization wouldn’t be returning to campus the next year.

Rebuilding from the ground up

“I received an email from the adviser for Active Minds asking if I could pick up the group where it left off,” Haarmann said.

Haarmann rallied Mullen and a few other loyal members of Active Minds to get the organization going again.

Mullen was the Active Minds president and Haarmann was the vice president.

“Being a part and facilitating some really powerful conversations has been a great eye-opener to how important the conversation is,” Haarmann said. “I think it’s so important to let students have time to talk to others about their feelings and ideas.”

Applying Active Minds in her classroom

Ever since the beginning of her education path, Haarmann knew she wanted to make mental health education a priority in her classroom.

“I wanted to create lessons that taught my students tools on how to recognize, validate

and handle emotions in their lives,” Haarmann said. “Most importantly, I wanted them to know that someone cared and loved them and that my classroom was a safe place.”

Haarmann recently was placed at Glenridge Elementary School in Clayton through the Internship Academy program. In the Clayton school district, social-emotional learning is a focus area in classrooms.

“It’s about putting the child first and helping them solve problems in a way that doesn’t punish them for having emotions,” Haarmann said.

She believes teaching kids about physical health is just as important as teaching them about mental health.

“Teaching kids small tools will give them transferable skills to grow in the future for when they’re handling bigger emotions,” Haarman said. “I want them to know that it’s okay to ask for help.”

Active Minds meets about once a week and discusses increasing awareness for mental health issues. Haarmann had to take a step away from campus and from Active Minds because of her internship but promoting mental health awareness will always be a priority for her. She encourages interested students to give it a shot even if they’re apprehensive.

“It’s extremely low commitment, and it’s not a group that makes anybody talk,” Haarmann said. “You can go and just listen.”

Haarmann found the consistency of Active Minds’ meetings helpful after she transferred to Missouri State.

“It might seem scary or intimidating but take the time to listen to your feelings and let those feelings be validated,” Haarmann said.

If you’re interested in learning more about Active Minds, email the current Active Minds executive board at activeminds@missouristate.edu.