You are here: Home / Archives for Bear hugs 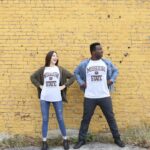 Sometimes, it’s not love at first sight.   The way they talk about each other makes it seem like Nii Kpakpo Abrahams and Rachel Maddock have been in love forever. In reality, it took years to feel the butterflies of a budding crush between these two Bears. “What I appreciate about Rachel is that she isn’t concerned or impressed by what I do – she loves me for who I am … … END_OF_DOCUMENT_TOKEN_TO_BE_REPLACED 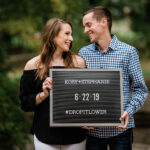 They met at Homecoming in 2011. He was in Theta Chi. She ran with Alpha Chi Omega. It wasn't how loud she cheered at 'Yell Like Hell' or how well she roller skated at the skating rink. Kory Lower fell in love with a girl in a Tune Squad jersey. "It was right before Halloween, so my sorority sisters and I decided to wear our Halloween costumes. My choice was a … END_OF_DOCUMENT_TOKEN_TO_BE_REPLACED 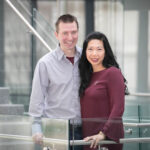 When Montira Suraprasert asked a guy in class to tutor her, she never could have imagined she was setting herself up with her future husband. Montira, an international student from Thailand, returned to MSU for her senior year a week late. She found she couldn’t catch up on her own. “I shouldn’t have come back late,” she said. “That was bad news in a senior-level … END_OF_DOCUMENT_TOKEN_TO_BE_REPLACED 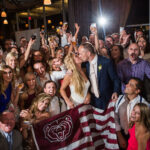 Kristen Power arrived at Missouri State in 2010. That's when she met her future husband, Ryan Frewin, but at the time she saw him as her sister's husband's best friend - an acquaintance. The two slowly became friends after moving in to the same building in downtown Springfield. "We were always together doing dumb stuff! Apparently, our mutual friends were always talking … END_OF_DOCUMENT_TOKEN_TO_BE_REPLACED 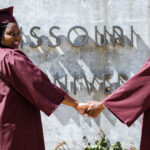 It all began at Lee A. Tolbert Community Academy in Kansas City. "We never really talked to each other until about 6th grade. We were both smart and I was competitive so I tried to beat her in having a better GPA." Taylor said. However, Green was the valedictorian of their 8th grade class. But, their competitive spirits eventually grew into love. Pushing each other to … END_OF_DOCUMENT_TOKEN_TO_BE_REPLACED