You are here: Home / Archives for Title IX

For college students, understanding what consent means and what constitutes sexual assault can be challenging. Jill Patterson, a lawyer and Title IX coordinator at Missouri State University, provides answers to key questions about consent and sexual assault to Affordable Colleges Online.   … END_OF_DOCUMENT_TOKEN_TO_BE_REPLACED

According to the National Sexual Violence Resource Center, more than 90 percent of sexual assault victims on college campuses do not report the assault. Campuses across the country are making efforts to combat the presence of sexual violence. In November 2017, Missouri State University received a grant from the United States Department of Justice to create a program aimed at … END_OF_DOCUMENT_TOKEN_TO_BE_REPLACED 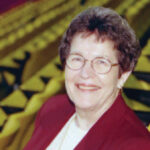 Missouri State University has enjoyed a reputation for a strong and successful women’s athletics program on a conference, regional and national level for more than four decades. MSU athletes have made individual or team NCAA appearances in eight sports with 70 conference and conference tourney championships in their 30 years in Division I, after strong Division II showings … END_OF_DOCUMENT_TOKEN_TO_BE_REPLACED