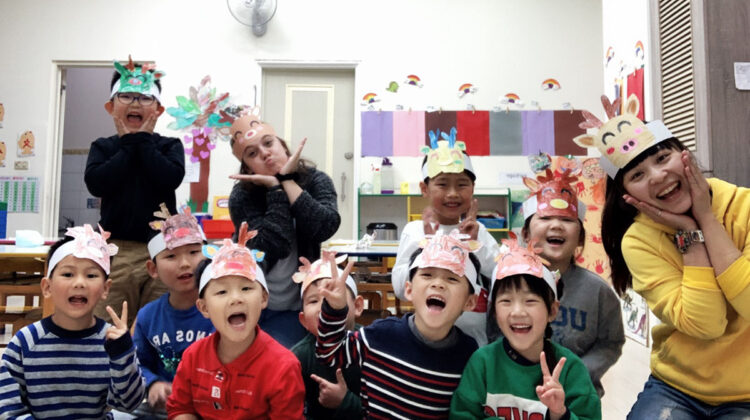 Many education students likely imagine teaching in places like where they grew up. The truth is teaching can take you anywhere.

Kayla Gann is a 2016 graduate of Missouri State University’s College of Education. She began her first teaching job in July 2019 in Taichung, Taiwan, where she works with English language learners. It’s a long way from her hometown of Buffalo, Missouri.

“I always knew that I wanted to teach outside of Missouri,” Gann said. “I did not even think about traveling outside of the United States until I started going to college and met people from all over the world.”

For Gann, working in another country means learning from those different from her just as much as teaching them.

“In school, I learned that I really want to travel around the world and learn as much as I can from others,” she said.

Gann describes Taichung as a city that is clean and safe, full of helpful people.

“I could leave my wallet outside, come back the next day, and it would still be there with all of my belongings intact,” Gann said.

Taichung is also known for its night markets, where you can find clothes, tea and all different kinds of food, including octopus and pig’s blood. It’s all conveniently located only hours away from beautiful scenery.

“There are plenty of things to do in the city, but if you drive two hours outside of the city, you will see gorgeous mountain views and waterfalls,” Gann said. Gann says teaching in Taiwan is much different than it is at home. For one thing, children begin school at a younger age.

Gann teaches Daban, meaning she works with four- and five-year-olds, but there are also two other grade levels at her school. They’re known as Jungban and Xiabon, for children two to four years old.

While Gann works with students the same age as America’s kindergartners, she teaches them a second-grade curriculum.

“The students are also very responsible,” Gann said. “They wash their own bowls, make their own beds and put away all their stuff on their own.”

Gann explained one of the challenges of her job is helping students make connections.

“I am not just teaching my students how to read and write English. I am teaching them about my culture,” she said. “When you have two people that come from completely different cultures, it can be difficult to connect to the experiences of the other person.”

To bridge the gap, Gann uses Google Translate, as well as lots of pictures and other visuals. She finds solace, too, in the Chinese teacher with whom she shares her students.

“Zoe is a great support to me in the classroom, helps whenever I need it, spoils me with tea and is a good friend,” Gann said. “She shared stories about all the places she has taught throughout her career, including overseas,” Gann said. “Her stories inspired me to expand my thinking about where I could teach.”

Nixon told Gann about the University of Northern Iowa Overseas Recruiting Fair, a conference held every year. International schools come to recruit teachers to work in their countries.

“International travel and working abroad offers experience and perspective you will never get from staying in the USA,” Nixon said. “You will learn about another educational system—the logistics and organization, the culture and structure of how schools work in other places. You will learn about collaboration because you will be forced to learn, live and function in a new system.”

Gann said she’ll carry her experiences gained in Taiwan the rest of her career. She has dreams of teaching in Europe and South America, too.

“Before coming to Taiwan, I had never traveled outside of the United States. I was terrified and had no idea what to expect,” Gann said. “With that said, it is the best decision I have ever made.”