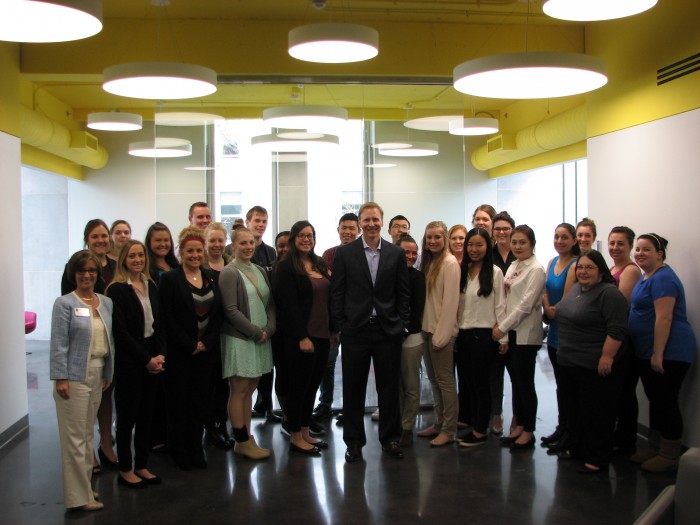 Special Thank you to

Chris Morris is President of California Pizza Kitchen, where he oversees the casual dining chain’s more than 280 restaurants operating across the nation and in 15 countries.  Morris began his career in the restaurant/hospitality industry more than 20 years ago at Applebee’s International working in the Finance Department.  From there Morris joined NPC International, the largest Pizza Hut franchisee, as the Senior Director of Finance.  During his tenure at NPC, he assisted the company purchase more than 130 restaurants to fuel its growth as a publicly traded company and later helped the company execute a going private transaction through a Management Buyout.  In 2004 Morris moved his family from Kansas City to the Dallas/Fort Worth area to be CFO of CEC Entertainment, the owner and operator of Chuck E. Cheese’s.  At Chuck E. Cheese’s, Morris helped the company develop approximately 100 new entertainment centers across the country and played a key role in building the foundational framework for growth in international markets.   In 2010, Morris followed a long held desire to work in the world of Private Equity and joined Golden Gate Capital, first as the CFO of On The Border (the largest casual dining Mexican restaurant chain), then later as President of California Pizza Kitchen.   Prior to his career in the restaurant industry, Morris, a CPA, spent more than 3 years at Deloitte & Touche in the audit department.

Morris grew up in Independence, MO and earned a B.S. in Accounting at Missouri State University in 1992.  In 2000, Morris earned an M.B.A., with an emphasis in Finance, from the University of Kansas.