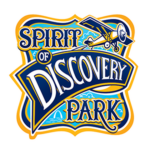 Jamie and Jeff Vann met at Missouri State, and they have enjoyed over 20 years together as a couple. They have calculated 6 moves, 4 houses, 2 apartments, 11 vehicles, 8 jobs, 5 businesses, 2 nonprofits, umpteen chickens and fish, 7 broken bones, 2 dogs, 5 churches and 2 children. They support one another in every endeavor they take on, individually and together, including their nonprofit work with Spirit of Discovery Park and the St. Louis Blues Blind Hockey Club.

Jamie Vann came to then-Southwest Missouri State University with the intention of becoming a journalist at a public relations firm in St. Louis. After pursuing a career in community relations and building over seventeen years of entrepreneurial expertise, Vann is now the President and Founder of Spirit of Discovery Park (SoDP)—a fully accessible theme park where children and adults of all ages and abilities are welcome.

Vann earned a Bachelor of Science in Organizational Communication from Missouri State with minors in marketing and sales and an emphasis in advertising. She developed a strong passion for giving back. Vann enjoyed several unique experiences during her undergraduate career, including hosting a campus television program, conducting various projects in marketing and creating a campaign for Walt Disney World’s internship program.

When reflecting on her college experience, Vann describes how Missouri State provides “[a] hands on experience in a safe and constructive learning environment.” While a student, she was President of Advertising Club and a member of both Lambda Pi Eta National Communication Honor Society and Student Government Association.

“The idea of SoDP came about over a conversation with a friend whose family had just come back from vacationing in San Antonio, Texas, at Morgan’s Wonderland—the only ultra-accessible amusement park in the world. The concept and equality struck a chord and began my calling for the underserved community in which I live.”

Vann saw the need for families with disabilities to have the same experiences of fun, discovery and community involvement as able-bodied individuals. Through Spirit of Discovery Park, her passion, calling and core belief are being executed daily: to bring great value and create equality, fairness and inclusion.

Spirit of Discovery Park has three phases: fundraising, planning and construction. Currently, they are fundraising. Since the park began in February 2016, it has:

“Leading Spirit of Discovery Park was never the initial intention,” Vann says, “Getting it built was.” Over the past several years, she has realized that the education she received from MSU was just the beginning.

“Leadership and branding don’t take effect the day your business starts, it’s a process, it’s messy, it’s gritty, and it’s who others see when you aren’t looking. Learning from individuals that exemplify these characteristics is the greatest education I could’ve ever received,” says Vann.

Vann is not alone in her endeavors to achieve equality and inclusion. Her husband and Missouri State alumnus, Jeff Vann, is the President and Founder of the St. Louis Blind Hockey Association. Its mission is to provide blind or visually impaired youths and adults the opportunity to participate fully in the sport of Blind Hockey. After raising awareness through two “Try Blind Ice Hockey for Free” events, Jeff Vann pursued support from the local NHL team, the St. Louis Blues. On January 18th, 2018, the St. Louis Blues hosted a Try Blind Ice Hockey event at Scottrade Center where the President and CEO of Business Operations, Chris Zimmerman, gave a compelling speech. Barrett Jackman, former Blues defenseman, was also in attendance for the event. Players were adorned in jerseys embroidered with the official St. Louis Blue Note and braille nameplates. The St. Louis Blind Hockey Club is planning a number of national events that will be hosted in St. Louis in Fall 2020 and Spring 2021.

When asked to give one piece of advice to current marketing students, Vann says, “JUMP!”