You are here: Home / Archives for finance 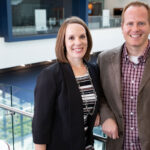 During their first five years of marriage, they spent vacations seeing the U.S. That sparked a love of experiencing new places, which set them on a path to working on a different continent. In July 2013, they packed up their lives in America and moved to Dublin, Ireland. Beginning as Bears Adam, originally from Denver, and Nicole, originally from Washington, Missouri, both … END_OF_DOCUMENT_TOKEN_TO_BE_REPLACED 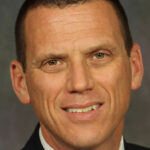 Dr. James Philpot Dr. James Philpot, associate professor of finance at Missouri State University, was recognized as “Outstanding Educator of the Year” for 2017 by the Southwestern Finance Association (SWFA). The SWFA, a group of finance faculty members from all over the world, honored Philpot with the award for his contributions to the fields of financial planning and higher … END_OF_DOCUMENT_TOKEN_TO_BE_REPLACED