You are here: Home / Archives for college of arts and letters 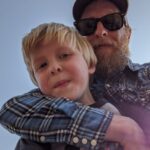 Bobby Lewis wrote a lot of music after his son was born in 2014. Lewis, assistant professor in the department of media, journalism and film (MJF) at Missouri State University, released an EP of six songs titled “Mighty was Your Light” on Dec. 6. Most of the songs were recorded in the months after his son’s birth. The first single, “Moon Pie,” is dedicated to his son. The story … END_OF_DOCUMENT_TOKEN_TO_BE_REPLACED 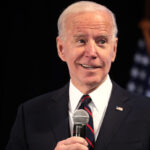 Joe Biden turned 78 today. When he’s sworn in as president in two months, he will become the oldest U.S. president in history. Throughout his campaign, there have been concerns about his mental toughness and stamina for the job. Dr. Brian Ott, head of the department of communication at Missouri State University, studies presidential rhetoric. He shares with the Associated … END_OF_DOCUMENT_TOKEN_TO_BE_REPLACED 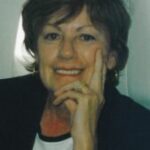 Maya Angelou wrote, “I believe in living a poetic life, an art full life. Everything we do from the way we raise our children to the way we welcome our friends is part of a large canvas we are creating.” The College of Arts and Letters develops the creative abilities of Missouri State University students and advances the arts in southwest Missouri. An eight-figure gift from the … END_OF_DOCUMENT_TOKEN_TO_BE_REPLACED 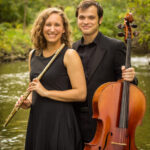 As we celebrate and reflect on the 100th anniversary of women gaining the right to vote, Emlyn Johnson and Daniel Ketter spotlight the stories of two female trailblazers. Johnson and Ketter, music faculty at Missouri State University, collaborated with composers and performers from the Midwest to tell the stories of Bessie Coleman and Amelia Earhart. Female aviators inspire new … END_OF_DOCUMENT_TOKEN_TO_BE_REPLACED 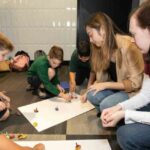 Do you have something you hope to change or build upon this year in your life? If you’ve ever struggled to make a substantial life change, it might be because you’re too focused on correcting your weaknesses rather than investing in your strengths. That’s according to Clifton Strengths Finder. Nora Cox, senior instructor of communication at Missouri State … END_OF_DOCUMENT_TOKEN_TO_BE_REPLACED