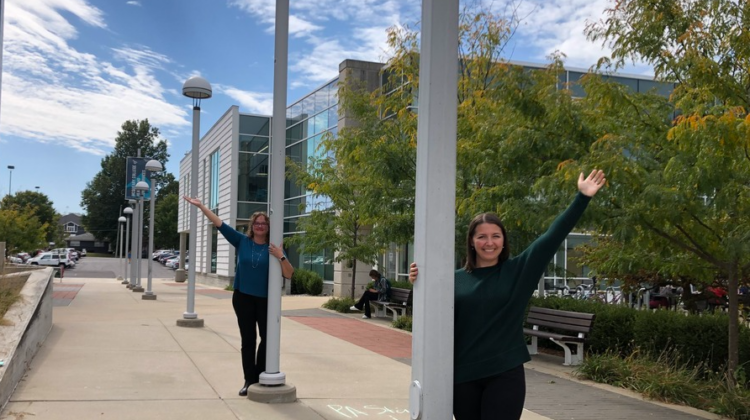 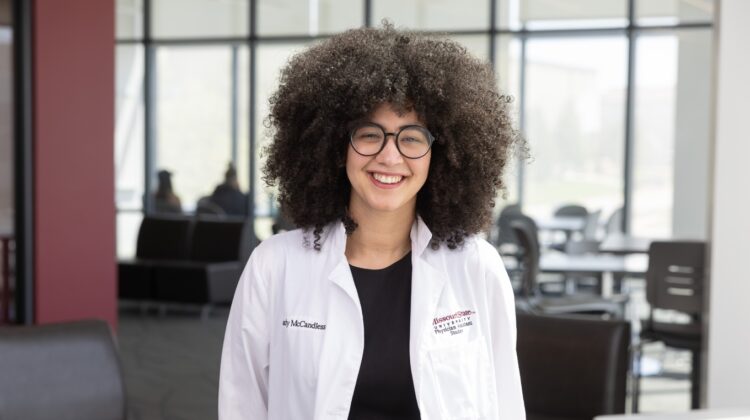 Cassidy McCandless, MS, RD, is the sole champion of the 2022 PAS Student of the Year, determined by the American Academy of Physician Assistants (AAPA).

McCandless received this honor in May 2022 at a conference attended by hundreds of PA students and professionals from across the nation.

When she initially had been told that she won, McCandless couldn’t believe that it was real.

“I was on campus in one of the study rooms. I returned a missed phone call from a random number and was convinced there had been a mistake.”

The first person she called to share the news? Her PAS advisor, Nathan Miracle.

“I had been stressing out about the whole process for so long and all the while he was in my corner, constantly cheering me on,” McCandless said. “So were my family and friends, of course, but my advisor had a front-row seat the entire time.”

The AAPA PA Student of the Year is chosen at the end of a lengthy selection process.

In order to be considered, students must:

There are over 280 PAS programs throughout the United States with the average class size being roughly 30 students per program. In any given year, there are about 10,000 PAS students per class.

“There are so many unique and talented people within our program. It easily could’ve been someone else,” McCandless humbly stated.

“I’m in no way the best PAS student. I just happened to meet the requirements for the AAPA board’s criteria and had some luck. With that being said, I’m thankful that I was chosen.”

The craziest thing to happen since being chosen? The recognition she’s received within her local and PA community.

“My friends came up to me and told me that I was on the front page of a local newspaper,” McCandless shared. “I had no idea where to even buy a newspaper. I found a stack at my nearest gas station and ended up buying three because I was so excited.”

McCandless was also rendered speechless upon meeting Hayley Arceneaux, one of her idols. Arceneaux was the medical officer on the 2021 SpaceX flight, an astronaut PA, and the youngest American to fly in space.

Her future in the PA profession

With this prestigious honor under her belt, McCandless has had many new doors open to benefit her career as a PA.

“I’ve been contacted by so many people and presented with some amazing job and volunteer opportunities after being recognized for this award.”

McCandless began her medical career as a dietician. Her hope is to blend her new career as a PA with her background in dietetics.

“Everybody always assumes that if you change professions, there’s something wrong with it. But for me, it was the opposite. I want to further my impact to reach a larger community.” McCandless said. “I wanted to learn more and become more involved with patient care.”

The AAPA Student of the Year award gave McCandless the platform she needed to shed light on the issues with nutrition in healthcare, as well as the need for greater diversity within the world of medicine.

“Becoming a PA allows me to share my nutrition background with my colleagues and patients,” McCandless said. “I hope to open the door for a more nutritious approach to medicine.”

Learn more about the PAS program 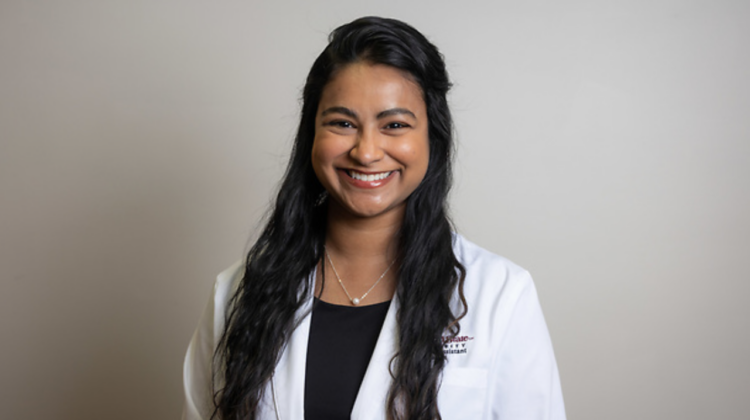 If these walls could talk, they would tell you of the historic moments here at Missouri State University during the COVID-19 pandemic.

A time capsule was sealed within the walls of Ann Kempeter Health Sciences Hall, which will not be opened until March 13, 2070.

Second-year physician assistant (PA) student Munia Mustafa represented those in the medical field and in her program by contributing items from her class to the time capsule.

Recognition for going above and beyond

Howerton asked Mustafa to be the keynote speaker alongside President Clif Smart and himself at the Jan. 31 sealing ceremony.

“I not only wanted to represent my own life, but also my classmates and those in my chosen profession. I wanted to highlight who I am, who we are and what we can do for the community,” Mustafa said. “As a first-generation American, minority and a future health care provider, it is my duty to advocate for diversity and exhibit compassion.”

Hope for the next generation

While speaking at the sealing ceremony, Mustafa expressed how the time capsule “… symbolizes hope.”

Items donated by Mustafa include:

Mustafa looks forward to attending the unsealing of the time capsule, or the next of kin in her honor. 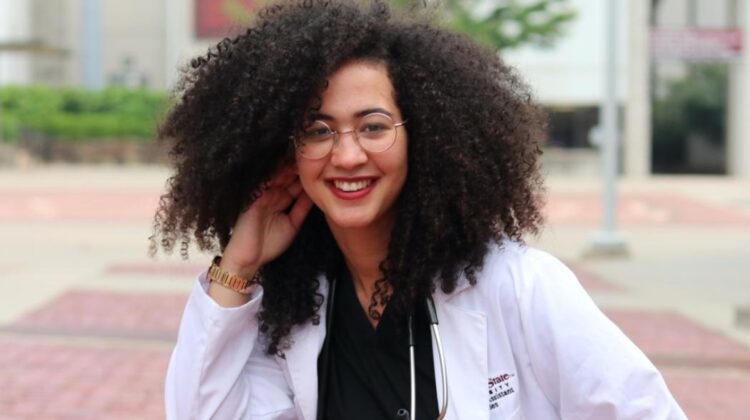 Cassidy McCandless, first year physician assistant (PA) and member of the MSU physician assistant studies class of 2022, has accepted the position of student-member-at-large on the Physician Assistant Education Association (PAEA) Board of Directors.

As the student-member-at-large, she will represent PA students nationwide in quarterly meetings. Cassidy was selected for this position from a national pool of accomplished PA students.

“I’m so excited for this opportunity to represent my fellow students nationwide and to learn from leaders in the PA profession about ways our profession can continue to grow,” McCandless said.

McCandless will work with the board on facilitating student participation in PAEA projects. She will assist with strategic planning, serve as liaison to the Future Educator Development Steering Committee and take on other duties assigned by the board.