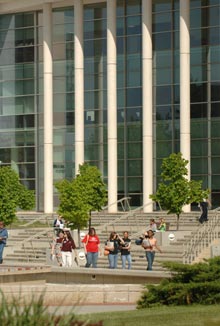 As part of a statewide plan to ensure higher education resources are being used to their maximum, the Missouri Department of Higher Education (MDHE), under the direction of the Coordinating Board for Higher Education (CBHE), has conducted a statewide review of academic programs at the four-year public institutions. A review of programs at two-year public institutions is expected to begin soon.

Based on this, all public universities were provided a list of “low-completer” programs and asked to complete an “information and justification” form for each. The required form included a number of options, ranging from voluntary elimination to challenging the data cited by MDHE.

There were 18 Missouri State University programs identified on the low-completer list. That list is below with the action for each identified.

Under the direction of Provost Belinda McCarthy, the college deans worked with their department heads and faculty to determine the best course of action in each case. That review has concluded and the report is ready to submit to MDHE by the deadline of Friday, October 29.

In some cases, programs will be deleted after all students currently in the programs complete their degrees. In some of those cases, students will have the opportunity in the future to take a minor or concentration in the area of study that formed the basis of the former degree. In some cases, collaborations have been or will be established with other universities so that Missouri State can share resources in the offering of degrees. In some areas, the deans have recommended putting the program on a watch list, requiring the program to boost enrollments and graduates within a specified period of time; if the program is not successful, it will be voluntarily terminated by the college.

Should you have questions about Missouri State’s low-completer list and the actions recommended for each, contact Dr. Belinda McCarthy, provost, at (417) 836-5519.

*The department plans to delete engineering physics (the stand alone degree) and create a new engineering and bio-physics option in what is now the physics major.

**The department plans to delete the BFA Dance (the stand alone degree) and create a new Dance option in what is now the BFA in Theatre.