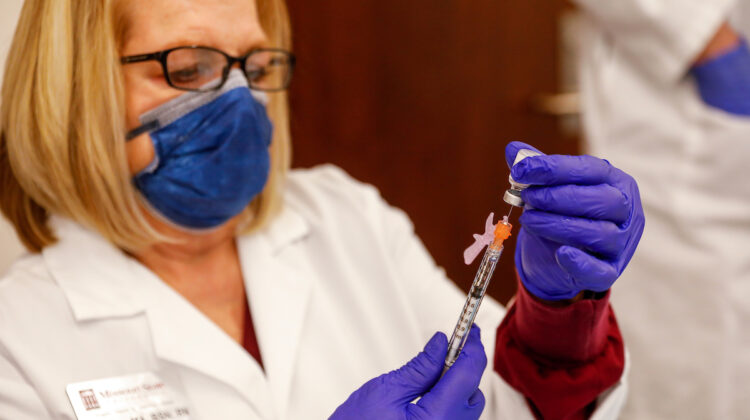 I am pleased to report that we successfully distributed all of the vaccine we received through the good work of our staff at Magers Health and Wellness Center.

We gave faculty and staff priority to sign up for vaccinations early in the week. We then allowed retirees, spouses and dependents to sign up later in the week.

At this time, we do not anticipate receiving additional COVID-19 vaccine this week.

Please continue to monitor the university’s COVID-19 Vaccinations webpage for updates as we receive additional vaccine and as the state authorizes additional groups of people to be vaccinated.

There are many rules around who can be vaccinated. These rules are set by the state, not the university.

Right now, the state has only authorized vaccination for people meeting the requirements of Phase 1A and Phase 1B, Tiers 1 and 2.

By our estimates, only about one third of our workforce qualifies for vaccination under these standards — primarily including individuals over the age of 65 or with particular co-morbidities.

We are working and will continue to work to obtain more vaccine. Based on the guidance we have received from people involved in the vaccine distribution process, we believe it is imperative that we immediately use the vaccine we receive to stay in the supply chain for additional vaccine in future weeks and months.

Our hope is that by continuing to distribute vaccine, we will continue to receive vaccine as the state authorizes other segments of our workforce to be vaccinated.

Due to the pandemic, we were not able to have our annual staff awards luncheon this month. We are working on a replacement event to occur after the end of the spring semester.

In the meantime, I want to recognize our staff who received awards.

Thanks to all of you for your great work during this challenging year.

Each year we recognize retired employees who, during their time at the university, significantly contributed to the success and positive experience of students. We honor these employees by placing their names on the Wall of Fame located outside the Plaster Student Union Ballroom.

Unfortunately we were not able to have our traditional induction ceremony during Homecoming last fall.

At Homecoming this fall we will have a ceremony to induct both the 2020 and the 2021 classes into the Wall of Fame.

You can nominate inductees for the 2021 class online. Please review the selection criteria when making your nomination. The deadline for nominations is March 12. 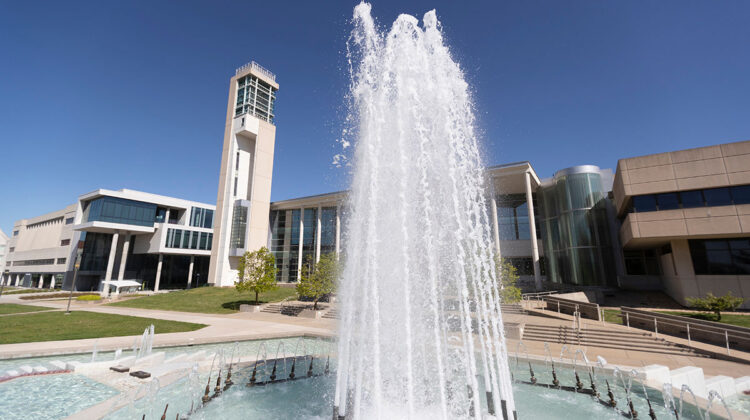 We advocated on many issues in the concluding weeks of the session. We worked on legislation that would have limited the Board of Governors’ ability to regulate the possession of firearms on campus.

We also worked on legislation that would have increased reporting requirements for universities, legislation designed to regulate academic credit for students who take advanced placement exams and numerous other bills.

None of this legislation — or any other legislation that would have substantially impacted our operations at Missouri State University — passed this year.

Thanks to our state legislators

Our team also advocated for Missouri State in the state budget.

The legislature passed a budget that holds core funding flat for all public universities. A portion of this funding is contingent on the federal government extending a Medicaid stimulus program. We will remain engaged with our federal leaders on this issue.

Passing a budget that includes flat funding for universities in the current economic environment was not an easy task. I want to say a special thanks to Sens. Dan Hegeman and Lincoln Hough, Reps. Elijah Haahr, Curtis Trent and Cody Smith, and our entire legislative delegation for supporting Missouri State in this difficult budget year.

The budget now moves to Gov. Mike Parson for his signature or veto.

You will recall that Parson announced a $7.6 million withhold for Missouri State in April. Additional withholds will likely occur before this fiscal year ends on June 30.

We remain engaged with the governor and his staff to advocate that withholds be spread throughout state government and not disproportionately impact higher education.

Despite uncertainty in state funding and enrollment, we must establish the university’s budget for next fiscal year.

The Board of Governors discussed the FY2021 budget at their meetings earlier this month.

The board approved a CPI increase of 2.3% in tuition and fees for the 2020-21 academic year. This increase, along with the tuition and fees waived last year, will generate $4.6 million in new revenue.

We also have $3.2 million in revenue carried forward from last year’s appropriation increase. Through $2.9 million in spending reductions that have already been implemented, we have more than offset our unavoidable expense increases for next fiscal year.

However, enrollment declines will have a dramatic impact on our budget. Before the pandemic, we anticipated a decline of 834 students due to the second year of large graduating classes. This decline alone will result in $5.9 million in reduced revenue, plus an additional $1.3 million in reduced auxiliary support.

We took several steps earlier this year to counteract this enrollment decline. We waived the application fee, joined the Common App, and implemented a series of recruitment and retention strategies.

Enrollment indicators showed that these strategies were working before the pandemic hit and the environment shifted. These same indicators have now become mixed, pointing to an anticipated enrollment decline that will likely exceed the projected 834 student drop.

This enrollment uncertainty, along with the likelihood of a state funding withhold, means we must further reduce expenses for the FY2021 budget.

The board approved principles that we will follow when developing the FY2021 budget.

Under these principles, we will utilize the following factors when evaluating all FY2021 cost savings options:

As always, we will use a transparent process that seeks input from stakeholders when developing this year’s budget.

Last week we held a Virtual Town Hall meeting to seek input from faculty and staff on the budget and other matters. If you missed the meeting, you can view the recording of the meeting on the town hall webpage.

Please send any input or questions about the FY2021 budget or any other matter to me at president@missouristate.edu.

At the board meeting and the town hall, we presented a budget scenario that we plan to modify and build upon in the coming weeks.

This scenario includes $10.2 million in new cost saving measures that will be incorporated in the FY2021 budget that I will present to the board in June.

We have additional cost saving measures that could be implemented after the board approves the budget. We would implement these measures only as necessary depending on the extent of our revenue decline.

Through these supplemental measures, we believe we can reduce expenses by an additional $6.5 million.

If our revenue declines by more than $16.7 million, we will then be forced to evaluate options for employee furloughs and/or layoffs.

The board also discussed the university’s response to the coronavirus and our efforts to reopen the campus.

The board approved inductees into the university’s Wall of Fame. They will be inducted at a ceremony in October. This year’s inductees are:

The board also offered commendations to outgoing leaders of SGA, Faculty Senate and Staff Senate. Leaders receiving commendations include:

I want to say a special thanks to each of you. Our university is better because of your service, and I will miss working with you.

The board also approved action items related to campus facilities, including: 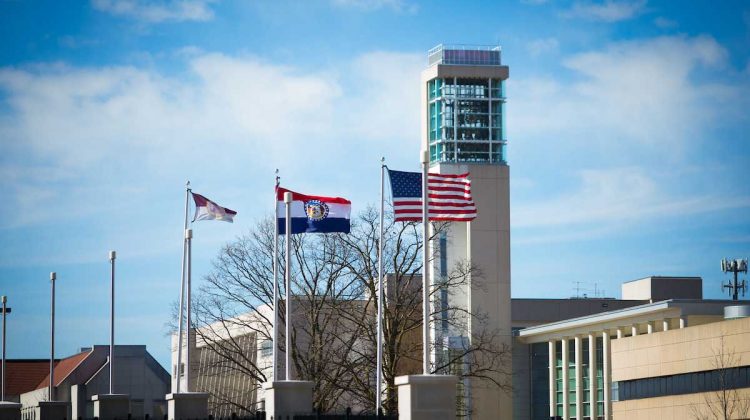 These recommendations include some of MSU’s legislative priorities for this year. We are grateful for Gov. Parson’s support.

We have already begun working with the legislature to advocate for our other priorities. Earlier this month I testified in support of our priorities to the House Subcommittee on Appropriations – Education. I have also been meeting with legislators throughout the past several weeks.

Our top priority continues to be an inflationary increase in the university’s core operating appropriation.

We have made good progress toward finalizing a strategic enrollment management plan. The Board of Governors has approved SEM goals, and our SEM councils continue to meet and develop enrollment strategies.

As we move into the latter stages of our SEM planning process, we want to update the campus community and solicit feedback. Please mark your calendars and plan to attend a SEM Town Hall at 12:15-1:15 p.m. Jan. 29 in the PSU Theater. We look forward to seeing you there!

Missouri State University has a history of outstanding faculty and staff. We honor employees who have excelled at Missouri State and significantly contributed to the success and positive experiences of students by recognizing them on the Wall of Fame located outside the Plaster Student Union Ballroom.

Nominations are being accepted for next year’s Wall of Fame honorees through March 13. I encourage you to nominate former Missouri State University employees who you believe should be recognized with this honor. You can complete the nomination form online.

You can find more information about the Wall of Fame (including selection criteria and names of prior honorees) on the Alumni Association webpage. 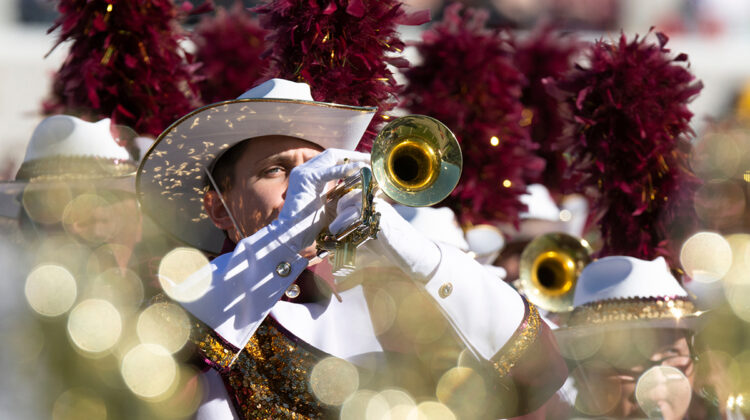 Homecoming is one of my favorite times on campus. Alumni return and students cheer at pep rallies and competitions, build parade floats and participate in a variety of activities to create their own memories of Missouri State.

I encourage all members of the campus community to participate in Homecoming activities this week. Highlights include:

Join us for It’s On!

After the football game, join us at Juanita K. Hammons Hall for the Performing Arts for an epic surprise event—It’s On! Doors open at 5:30 p.m. There will be a HUGE announcement from actor and Missouri State alumnus, John Goodman. After the big reveal, the party moves to the heart of campus for a food truck fair, fireworks, entertainment and more.

Board of Governors meets Friday

Before we cheer on the Bears and celebrate It’s On!, the Board of Governors will meet on Friday. Highlights for their meeting include:

The main discussion topic at the board meeting will be results from the climate survey we administered in spring 2019. I will update you on those results and the board’s discussion next week.

Following the board meeting, we will welcome new inductees to the university’s Wall of Fame at 4 p.m. in the PSU Ballroom. The Wall of Fame honors former faculty and staff members who significantly contributed to the success and positive experience of students.

This year’s inductees are:

You can find more information about these individuals in the university’s press release.

I hope you will join me in congratulating these six inductees. 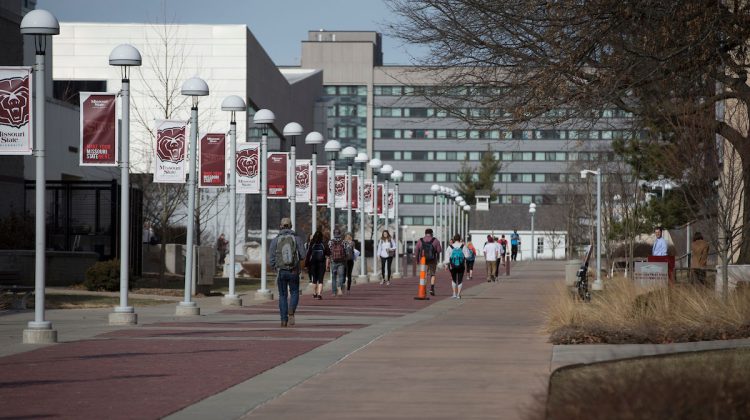 Our new employee benefits year began Jan. 1. Below are a few highlights:

If you have not received your new ID cards, contact human resources at 417-836-5102 or via email at HRBenefits@missouristate.edu. Subscribe to the Human Resources blog to receive updates on your benefits and other HR news.

Call for Wall of Fame nominations

Missouri State University has a history of outstanding faculty and staff. We honor employees who have excelled at Missouri State and significantly contributed to the success and positive experiences of students by recognizing them on the Wall of Fame located outside the Plaster Student Union Ballroom.

Nominations are being accepted for next year’s Wall of Fame honorees through March 8. I encourage you to nominate former Missouri State University employees who you believe should be recognized with this honor. You can complete the nomination form online.

You can find more information about the Wall of Fame (including selection criteria and names of prior honorees) on the Alumni Association webpage.